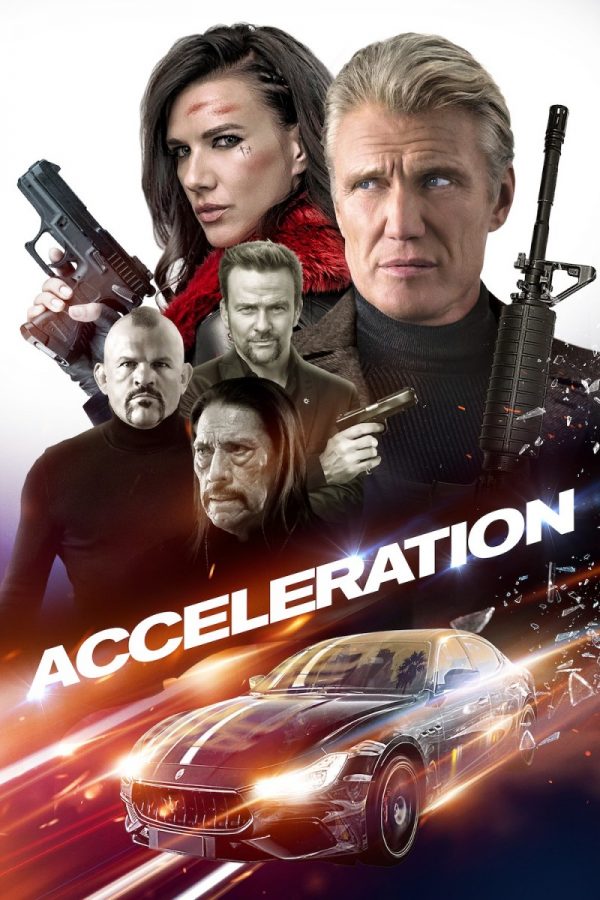 A mom has one night to do some tasks in LA requiring a gun, if she wants to see her son alive. He’s held by a mob boss. 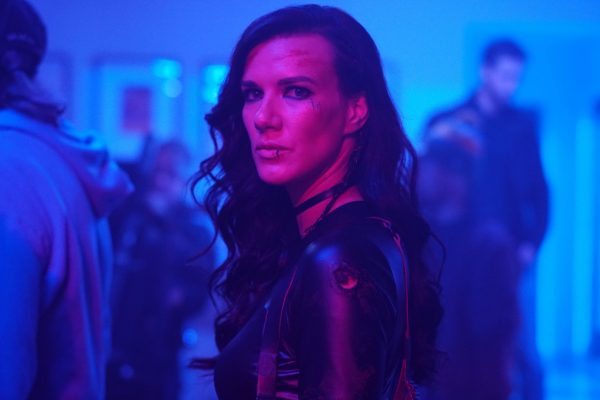 I’m a sucker for a good one night action thriller. That against the clock mission to get somewhere, carry out a task, or just survive. There have been plenty of good examples like Good Time, Miracle Mile, and even one of Marty Scorsese’s after thoughts, After Hours (which took a dark and surreal comical spin). So Acceleration held promise in being a kind of film I might enjoy. Additionally it’s got a good cast involved with Natalie Burn headlining (having also produced the film) and Sean Patrick Flanery, Danny Trejo and Dolph Lundgren all appearing too. Now largely, the film’s promo is quite Dolph-centered, as you’d expect.

So…is there much Dolph, and does it fulfil the relentless paced promise of its genre and title? We shall address both. Burn plays Rhona, a mother who has one night to fulfil a series of tasks at the behest of Vladik (Lundgren) and save her kidnapped son. Elsewhere, she also has the gangster Kane to contend with.

If you’re a Lundgren-ite, you’ll have become accustomed to the allure of him front and centre on a DVD cover, being replaced by the slight feeling of being short-changed when he doesn’t have much screen-time in the actual film. It’s fairly usual these days in the DTV world (with most of the stars). That being said, this isn’t great and it isn’t too bad on that front. Dolph certainly doesn’t have quite enough screen-time to give off a suggestion this is his film, but by the same token he’s placed regularly throughout the piece, even if much of that time sees him sat at a monitor. In the history of easy Dolph gigs, this ranks reasonably high, though he still gets to throw down with Chuck Lidell before the film finishes. Lundgren is good, but kind of effortlessly so. He could do this in his sleep. 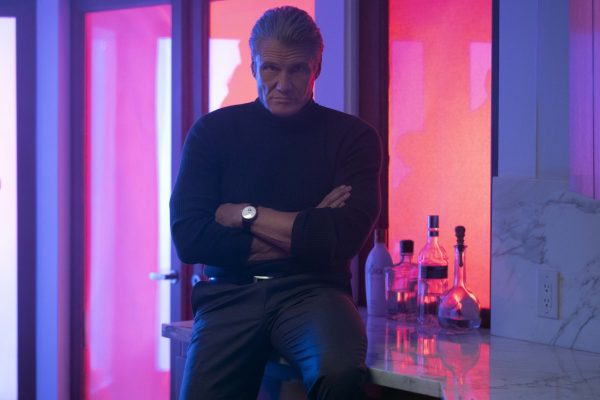 Burn is decent in the lead, really it’s her film as a character, but also in part as a driving force in getting it made, so definite kudos there. Aside from channelling some Gina Carano-esque glare, she has a few nice scenes where some time is taken to bring out emotion and she shows plenty of aptitude in kick-assery. I’d definitely like to see more from Burn as an action heroine. Aside, Sean Patrick Flanery completely chews up and spits out the scenery in every scene he’s in. The film does tend to fall flat in places, particularly from a third in, but he always livens things up. He’s clearly relishing the role, even if it’s on paper pretty run of the mill, but Flanery injects no shortage of flair. Trouble is, it leaves us wanting more, particularly when there’s a distinct lack of acceleration in much of the film.

There-in lies the biggest problem here. The key to a Good Time as an example, is that you really feel the clock tick. Even when we have a moment to stand or sit still. That ticking clock still feels present. We never particularly feel that here. Many of the missions are vague, or glossed over quickly (in some cases because it would just mean another place or set piece to shoot, which the budget and schedule probably didn’t allow). There’s a lot implied. There’s a car-centric theme in the selling of the film, but not a lot of car chase action. That’s an issue, and indeed there’s also a mixed bag with the action. The fights on the whole look decent. Burn in particular gets a few nice sequences. Dolph’s showdown feels a little underwhelming, but you get a sense there was more time with some fights than others on the respective days. Some look great, with dynamic steadi-work, and others look a little; ‘that’ll have to do.’ The gunfights are reliant on post-production effects, and not too high a standard. Sadly in action films these days it’s the rule and not the exception. I felt the film might have benefited swapping out gun fights (or at least making them a little more minimalist/Western styled as opposed having a Woo style gun in each hand approach) for more fist fights. 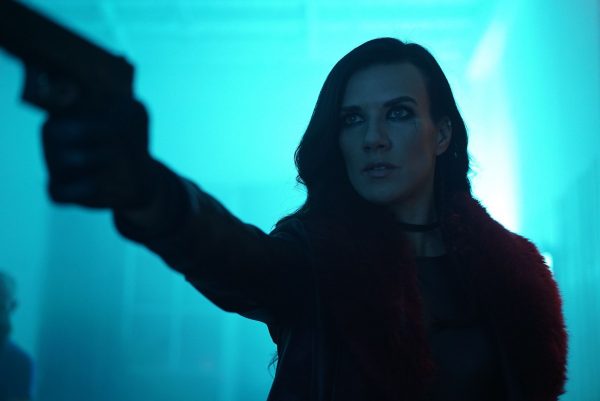 I felt there was certainly promise in the build up, without having enough kerching (and boy do I know this feeling having written DTV films with even lower budgets). There’s some nice cinematography. Masses of neon, Drive/Wick inspired aesthetics. It seems like it might have been intended to show in 2.35 format, but will probably hit you in 1.78/1.85 (as I saw). That’s not a huge issue but it would like nicer in scope and just that touch more cinematic. I’ve seen it before and I’ll undoubtedly see it again (and I’ve done it myself), but sometimes a concept will always get killed by a combo of low budget and short schedule. Regardless, one thing I can appreciate, which isn’t always the case, is there’s some artistry at play with the photography and the music and it’s nicely cut on the whole too. Plus, aim high, you might hit high, but at least you went for it.

Needing a bit more acceleration and some more fisticuffs to boost up the genre expectations, Michael Merino’s film (co-directed with Daniel Zirilli) hits a few marks along the way and has a distinct mark of passion from Natalie Burn, but the engine runs out of power before time. If you do like this sort of film it has enough as a time passer whilst you may have more time.