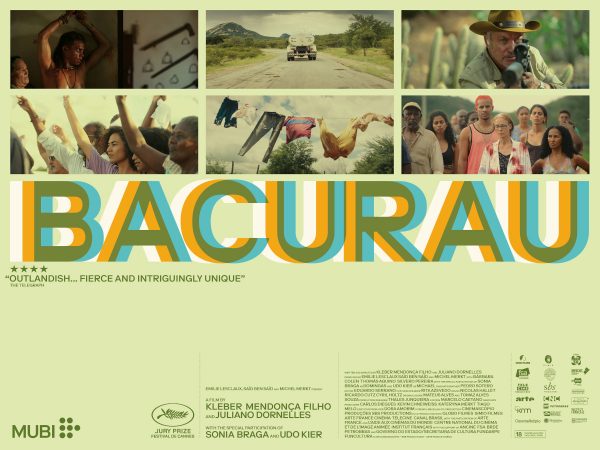 A small Brazilian town finds itself under siege from heavily armed American invaders. 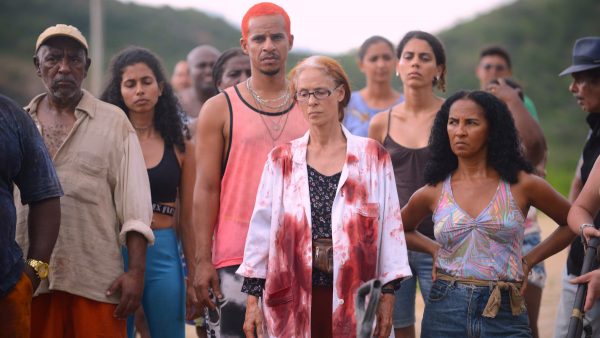 Above all else, Bacurau delights in its status as a slippery, unpredictable beast that straddles genres, tones and themes. It opens with a credits sequence seemingly inspired by the sci-fi infused horror of the 1970s and 80s – notably the work of John Carpenter – set to an unusually chirpy song, and then zooms in to the titular Brazilian town from space. Before long, there’s an ominous overturned truck spilling coffins all over a dusty road and an on-screen title confirms the setting as the western part of the Pernambuco region, “a few years from now”.

It’s a bizarre, impish start to a playfully vicious movie from directors Kleber Mendonça Filho and Juliano Dornelles. There are lashings of splattery ultra-violence and a political subtext about the landscape that facilitated the rise of Brazil’s right-wing president Jair Bolsonaro, but there’s also a Wilhelm Scream and a drone shaped like a flying saucer. This neo-Western is as engaging and unusual as it is frustrating and difficult to pin down – a film constantly on the verge of greatness that never quite makes it.

The first hour of the movie sketches out the isolated, titular town. An elderly citizen has recently died and her funeral is marked by her granddaughter’s (Bárbara Colen) return with crucial medical supplies. There are tensions in the town, but most of the citizens are united in common cause, including doctor Domingas (Sônia Braga) and reformed rebel Pacote (Thomas Aquino). They’re united in their contempt for sleazeball mayor Tony Jr. (Thardelly Lima), whose idea of philanthropy is to dump a truckload of books and then beg for electoral support. It’s in these moments of community solidarity that the film really finds its groove. 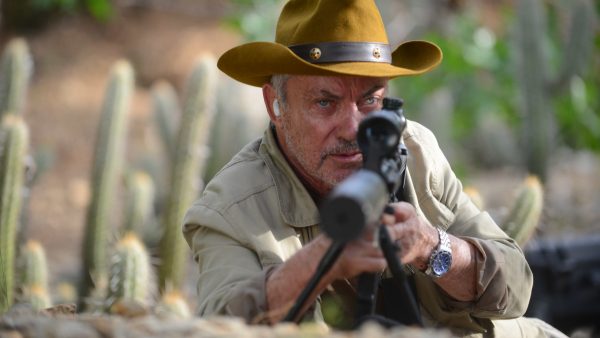 It becomes abundantly clear pretty quickly that there’s something squiffy going on. The local teacher suddenly can’t find the town on any online map and a pair of strangers have ridden in on motorbikes, wearing garish outfits. At a secluded building on the edge of town, meanwhile, German-American Michael (Udo Kier) is rounding up an oddball band of psychopaths for a human hunting trip in the “little, innocent shithole town”. They’re a clear metaphor for the Americanisation of global culture, and its disastrous effect on small, traditional communities.

Sadly, these ideas are not communicated with particular strength in the second half of the movie, which devolves into something of a context-free bloodbath. For every promising moment – from a synth-scored sequence of capoeira dancing to a deliciously incongruous deployment of Spandau Ballet – there’s some overly referential splatter or a misjudged slice of silliness like two of the Americans pausing amid the murder for a bit of how’s-your-father in the grass. Filho and Dornelles are evidently steeped in horror and Western cinema, but this focus on cine-literacy holds back their fiercely original allegory more than it enriches it.

There’s an entirely unique tone to Bacurau, from Mateus Alves and Tomaz Alves Souza’s wildly unpredictable score to the sunburn-inducing cinematography of Pedro Sotero, and this is an asset. It’s an unsettling film in which it feels as if something explosive and unusual is lurking around every corner. This is a peaceful, quiet corner of the world transformed into a maelstrom by the interference of power-hungry politics and the unwanted appearance of interlopers from the US with no respect for culture, tradition or humanity. 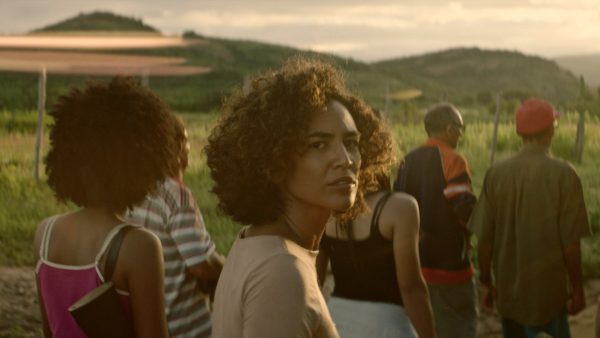 This message might have been delivered more potently, though, were the film’s characters more detailed and nuanced. Bárbara Colen’s Teresa appears set up as the protagonist in the first act, but the movie never seems that interested in actually exploring what makes her – or indeed any of the townsfolk – tick. Bacurau spends more time with the murderous interlopers, and their personalities don’t amount to much beyond emotional emptiness and blind thirst for blood.

For all of its visual splendour and thematic innovation, Bacurau has a tendency to trip over its own feet. Its fascination with genre-switching is intriguing, but proves to stifle the very humanity that could’ve made this something more than a visually interesting thinkpiece of a movie. Sadly, once the dust settles and the bleeding stops, it doesn’t leave too much of an impression.