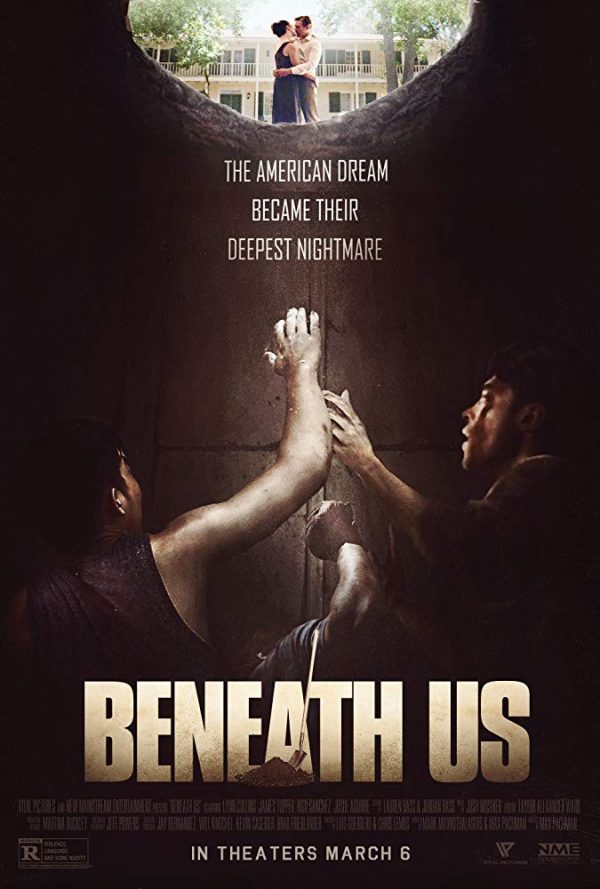 The American Dream becomes a nightmare for a group of undocumented day laborers hired by a wealthy couple. What they expect to be their biggest payday turns into a terrifying fight for survival. 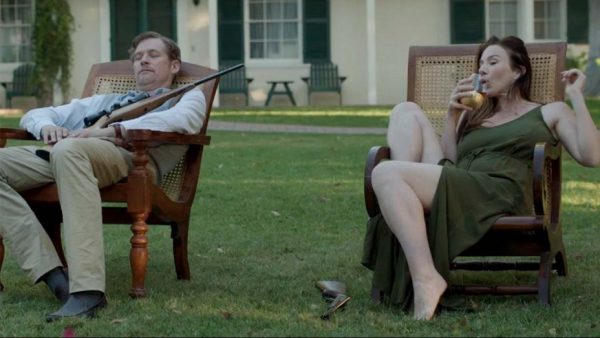 The conceptual history behind Beneath Us begins with another routine Home Depot visit for director Max Pachman and ends with a cinematic distortion of the “American Dream.” Along with co-writer Mark Mavrothalasitis, Pachman ponders what transpires when undocumented day laborers vanish after accepting “illegal” work and driving away in some stranger’s car. It’s a window into Xenophobia comparable to something like Gigi Saul Guerrero’s Culture Shock, taking a knife-sharp swing at understanding an outsider’s fear. Maybe heavyhanded, certainly (and hopefully) farfetched, but angry with purpose – even if Pachman’s feature debut isn’t without first-timer blemishes (choppy edits or unearned exploitation confidence).

Alejandro (Rigo Sanchez) and Memo (Josue Aguirre) queue behind other equally unemployable “citizens” in front of any random hardware megastore. To make a few bucks they’ll do anything from load your car to remodel your kitchen. Today is their lucky day as Liz Rhodes (Lynn Collins) offers a group of such workers their dream payday. Alejandro and Memo join two more in Liz’s vehicle, whisked away to a well-off orchard area estate. As day turns to night, the men continue construction on Liz’s guest house with their financial gain in mind – but something isn’t right. Liz and husband Ben (James Tupper) won’t let anyone quit early, upsetting Memo, and that’s before electric fences are discovered or shotguns are drawn.

Translation: an affluent, hate-mongering “Dick and Jane” couple abduct “invaders” and bury them under architectural renovations said laborers help refurbish. The horror interpretation of patriots who protect their homeland by discarding of “dangerous” illegals. Border controversies and political wall-building conversations distilled into a potent shot of reality as America becomes less welcoming to those looking for opportunities. It’s rarely an even commentary that plays both sides minus the shifty Hector (Roberto ‘Sanz’ Sanchez), nor does it care to be. Why else would your ending fade to black on radio DJ chatter discussing how slavery ain’t such a bad thing? 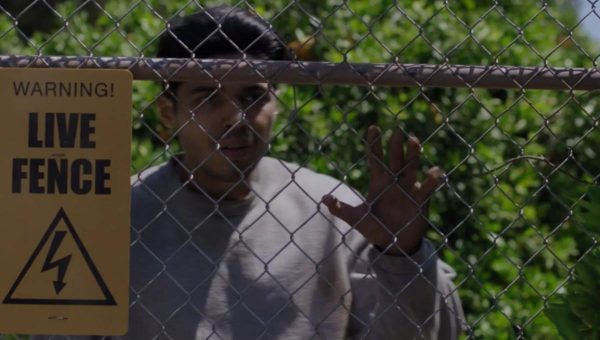 This is a containment thriller about being trapped, unwanted. “Beneath Us” reveals how Liz and Ben dispatch of corpses (burial) and represents how pure-bred Americans look down on Mexican immigrants as second-class. Alejandro and Memo are forced to sand walls, finish porches, and dig ditches with rifles shoved in their faces. Liz takes pleasure in mocking the men’s heritage, as she spins around yipping “Aye-Yai” while Jose Alfredo’s mariachi tunes blare. Pachman wants us to understand what it feels like to be disrespected for daring to imagine a life worth living, punished for escaping poverty like humans aren’t equally created. Points driven home with gunshots, bodily torture, and high-heels stomped through cranial skulls.

Thematically, and structurally, Beneath Us isn’t developed past the surface social issue signaling. Red flags are meant to be spotted from afar, while the Rhodes’ “transformation” is that of white-collar classists who, in real life, you couldn’t *possibly* comprehend committing such dehumanizing atrocities (sarcasm). The same way Pachman inserts a character like Memo as an injection of counter culture, name-calling obedient day laborers “whores” as to challenge their (perceived) valueless selling-out. Some might ask how two American psychos could execute their house-hunting horror story across multiple sites, but Pachman is hoping you’ll instead ponder the United States’ treatment of international refugees seeking a real chance at living. I’m just not positive there’s enough circumstantial development to justify the latter overriding the former.

As a nationalist nightmare, we must take stock in how Pachman layers tension. Liz and Ben are compelling villains, sipping gin as their panicked victims sweat buckets, but Beneath Us squanders crucial narrative moments. How one escaped character is teased by a passing border patrol vehicle, how another might be mistaken for a burglar. In these moments, Pachman struggles with abrupt editing choices and predictable fates, both key in sustaining plotted momentum. Collins’ unhinged, animal-abusive wife and Bens’ complacent all-American husband are a better monster’s caricature than the film’s overall mousetrap take on humanitarian crises. 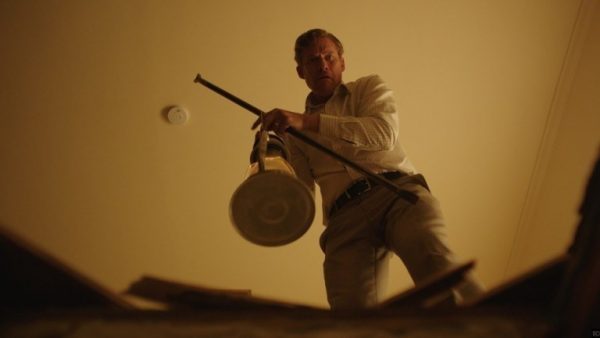 Beneath Us is a straightforward thriller about a complicated continental dilemma. Those who won’t approve of certain portrayals aren’t the ones Max Pachman hopes to awaken with his dangerous condemnation of homegrown hostility. Its at-times clunkiness and generic expectancies remove from the film’s overall vocality, yet might be competent enough for some as the bonds of oppression continue to be broken by films like Parasite and Us. Granted, Beneath Us never equals nor surpasses either example, opting for midnight chills and surface-level satire despite tackling the most marginalized of stories.