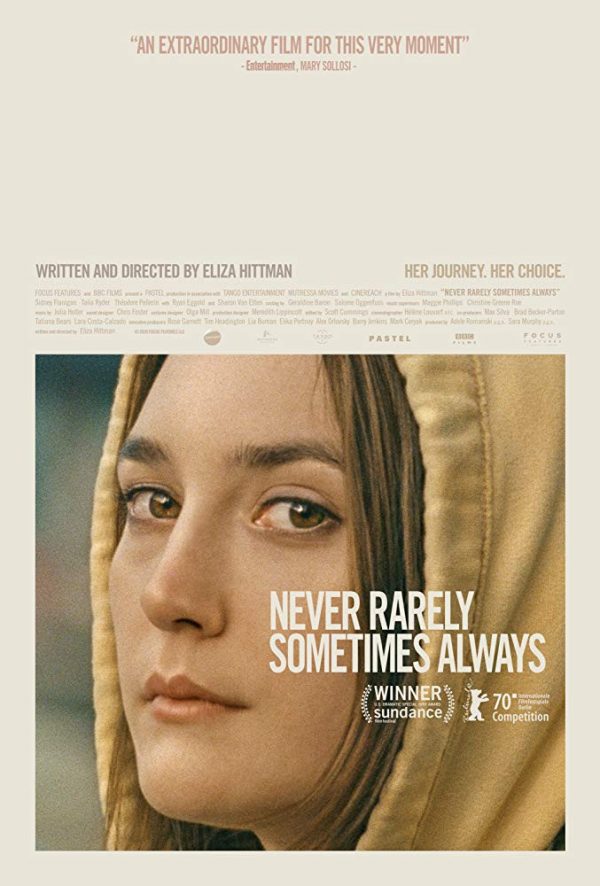 A pair of teenage girls in rural Pennsylvania travel to New York City to seek out medical help after an unintended pregnancy, 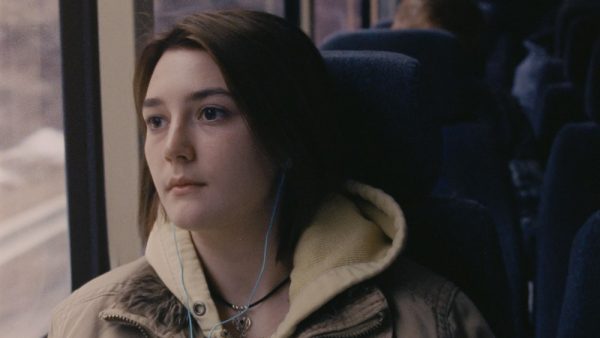 A negative can sometimes be positive, while a positive is always positive. In the context of Eliza Hittman’s (most known for 2017’s breakout Sundance hit Beach Rats, another film daring enough to explore the contemporary and sometimes problematic sexual lives of teenagers) Never Rarely Sometimes Always this is a pregnancy test for 17-year-old Autumn (a debut performance from Sidney Flanigan that is beyond remarkable at expressing authentic and raw emotion with vulnerability and emptiness), but if one wants to possibly overthink things, the journey of friendship that this unwanted pregnancy sends Autumn and her cousin Skylar (Talia Ryder giving the film another outstanding breakthrough performance, and who will also be seen in Steven Spielberg’s upcoming interpretation of West Side Story) on is akin to flipping a negative upside down into a positive. Naturally, there is much here regarding the roadblocks and complications when it comes to abortion (doubly so when the girl happens to be a minor), but it’s also a display of an unshakable and unwavering bond between relatives that resemble the closest of friends more than anything, and a quietly powerful study at that.

Eliza Hittman is an assured and confident filmmaker aware of how to subtly give ample amounts of detail regarding the state of her characters. The film opens at a school talent show and sees Autumn heartbreakingly perform a song about what we can only assume is her terrible, possibly former, significant other. From the beginning, it’s clear that she hasn’t had much luck in the boyfriend department, but things at home don’t seem to be any better with alcoholic parents oblivious as to how to handle or understand her feelings. They would rather just call her out as constantly behaving foul and succinctly exclaim she needs help. Nevertheless, Autumn has a reason for her lack of happiness and dejected appearance; she has found out she is somewhere between 10 and 18 weeks pregnant, does not see herself as prepared to be a mother, and will likely receive no support from her immediate family. 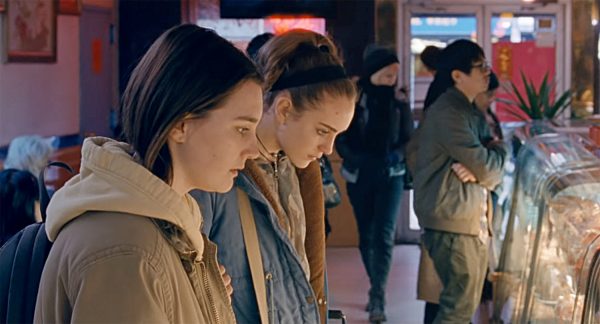 Autumn decides that the best path for her is abortion (even after Planned Parenthood shows her an outdated video condemning the act), but living in Pennsylvania means she needs a guardian present to get the procedure done. This causes her to look into some self-inflicted abortion methods (certain parts of this film can be rough to watch but for bracingly real and authentic reasons), and eventually on a trip to New York with her cousin Skylar (she seems to catch on rather quickly what is happening, and one of the strongest understated elements of the film is how well these two can communicate and support one another without saying much at all) where things are less strict. Working at the same grocery store, they decide to use their paychecks to fund everything from travel to the procedure itself.

Even before leaving Pennsylvania, the girls frequently encounter predatory men (sometimes much older) that are inviting them to parties, out for drinks, or generally something creepy. Coupling that with a broken home situation, these young cousins really do only have themselves to look out for one another and keep each other persistent in life and strong. There’s a scene towards the end of the film (completely unrelated to the pregnancy) where Autumn and Skylar find themselves in an uncomfortable circumstance, all as the photography makes it a point to highlight their pinky fingers interlocking. I don’t want to say there are always ups between these cousins, but the aforementioned scene is certainly damning evidence that together they can overcome anything together with undying support.

Hélène Louvart’s cinematography is as graceful as Eliza Hittman’s filmmaking, utilizing facial close-ups and extended takes to better emphasize the incredible acting prowess from Sidney Flanagan. She is absolutely going to be a star one day and might wind up as the single greatest breakthrough performer of 2020. There is a sequence inside of a nurse’s office involving a series of mountingly personal questions that are both invasive but genuinely concerning for her predicament. It’s designed to break her down just as much as the audience witnessing her tears and struggles to give a simple answer to challenging inquiries. 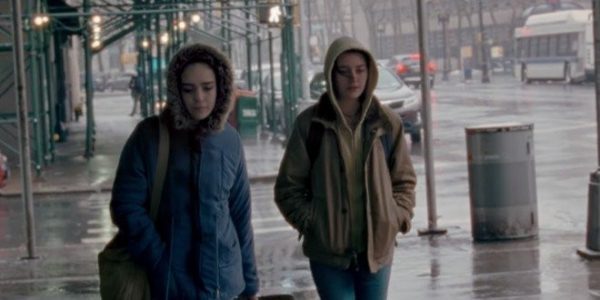 The reason Never Rarely Sometimes Always is so profoundly moving doesn’t just come down to excellent filmmaking technique and a pair of unknown actors putting in awards-worthy work, but Eliza Hittman’s deeply empathetic approach to this sensitive subject material. As someone who’s somewhat against the idea of abortion in certain situations (although I would obviously never dare tell a woman what she should do with her body), the character of Autumn is real and resonates. She’s a likable person and by all means mature for her age, apparently dealt terrible cards in life and who unfortunately got mixed up with some equally terrible male sexual partners/romantic interests. I wanted the outcome that she felt was best for her, but even when I was wincing at the idea of self-inflicted abortion, the bond between relatives/best friends was a universal secondary plot thread that is just as emotionally draining.

Eliza Hittman poignantly places us not just in the life of a pregnant teenager, but the hardships and casual sexual abuse women are far too often at the receiving end of, all while showing a tight personal connection between cousins that would do anything for each other. What’s rare is seeing material this delicate and controversial treated with so much warmth, compassion, beauty, and understanding.