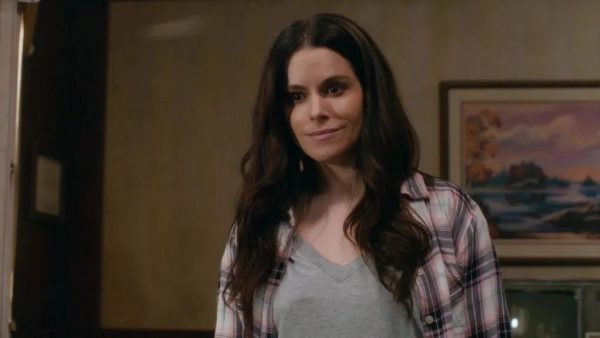 Schitt’s Creek star Emily Hampshire has been cast as the female lead alongside Adrien Brody in Epix’s TV adaptation of the Stephen King short story Jerusalem’s Lot, which is now going by the title Chapelwaite.

Written by Peter Filardi (Flatliners) and Jason Filardi (17 Again), Jerusalem’s Lot is set in the 1850s in the small town of Preacher’s Corners, Maine. Brody plays Captain Charles Boone, who moves his family to his ancestral home of Chapelwaite in the sleepy town after the death of his wife, but comes to discover that he has to confront his family’s sordid history and fight to end the darkness that has plagued the Boones for generations.

As per Deadline, Hampshire is set to portray the character of Rebecca Morgan, described as “an ambitious young woman who left Preacher’s Corners to attend Mount Holyoke College, and has returned home with an advance to write a story for the new and prestigious Atlantic Magazine. Her writer’s block lifts when Boone (Brody) arrives in town with his children, and despite her mother’s protests, Rebecca applies to be governess of the infamous Chapelwaite manor and the Boone family in order to write about them. In doing so, Rebecca will not only craft the next great gothic novel, she’ll unravel a mystery that has plagued her own family for years.”

Filming on Chapelwaite is set to get underway this April in Halifax, Nova Scotia, with Epix aiming for a Fall 2020 premiere.