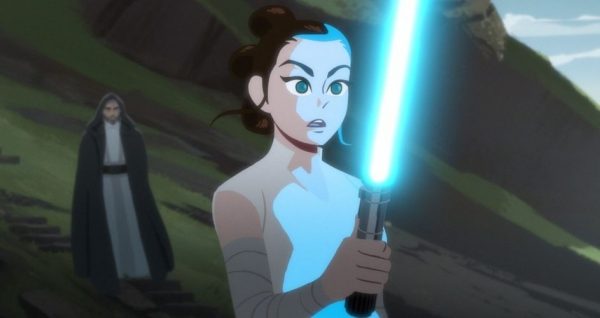 Disney and Lucasfilm have announced the launch of a second season of its children’s animated web series Star Wars: Galaxy of Adventures.

“We’re moving into the new trilogy,” says Josh Rimes, director of animation series development at Lucasfilm. “It’s really exciting to explore the now-iconic characters of Rey and Kylo Ren and Finn and Poe, and their stories. So we really look at it through those characters in the same way we did with Luke and Leia and Han and Chewie in the first season and applied the same kind of style, the same kind of fun.”

“With the first season, we were really expanding upon moments you knew and finding an anchored way to retell them in a minute,” says James Waugh, VP, content and strategy at Lucasfilm. “With this, it gave us an opportunity to say, ‘Okay, we’ve done that with the form. Can we do new storytelling?’ We really took to heart the idea of, ‘There’s a Star Warsfor every generation. We wanted to be very focused on the fact that to a whole generation, the new trilogy will be their Star Wars, and we wanted to treat it with the same reverence as past trilogies.”

Check out the trailer for Star Wars: Galaxy of Adventures season two below, along with three brand new episodes entitled ‘Rey and Friends vs. The First Order’, ‘Kylo Ren and Darth Vader – A Legacy of Power’, and “The Force Calls to Rey”

Star Wars Galaxy of Adventures is a series of animated shorts celebrating the characters and stories of a galaxy far, far away, featuring a bright and colorful art style, exciting action, and insight into the saga’s greatest themes! 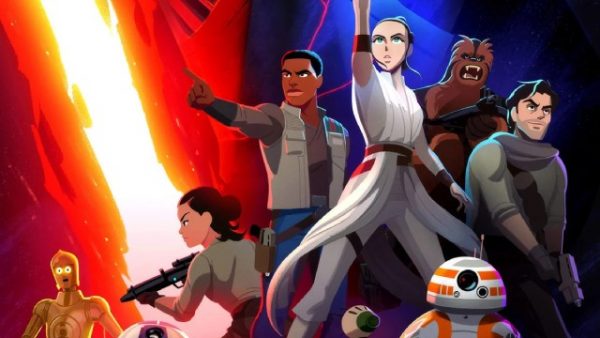