EJ Moreno on the best horror films of the last decade…

While making this list, it dawned on me just how lucky horror fans were this past decade. Between 2010 and 2019, hundreds of genre films made their mark with viewers and shook the industry up. We saw comedy directors turn into masters of the genre, the rise of so many newcomers, and a variety of styles never seen before.

During this decade, Korean horror became a cool new thing, and female directors showed off their skills. Even a new wave of Stephen King adaptions came out of nowhere. So much happened that making this list became a tougher task than intended, with draft after draft being used to find the perfect collection.

Join me as I dive into the very best of the last decade in film! 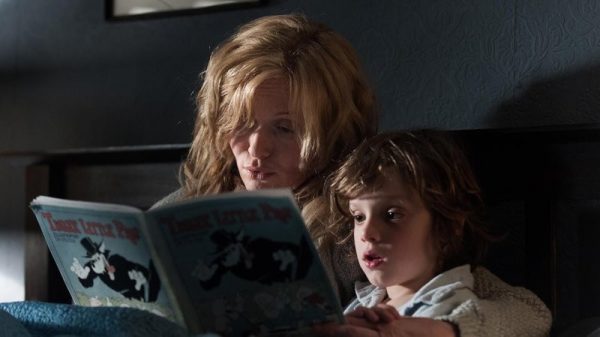 Something about this film took the horror community by storm. Maybe’s it’s director Jennifer Kent’s excellent style or the meme-worthy villain, but The Babadook became one of the biggest films of the 2010s. Another Internet-favorite almost took this spot, though. It Follows feels so similar in tone to this, but The Babadook is truly its own beast. There truly isn’t anything like this in the genre.

For any parents reading, you know parenthood isn’t easy and The Babadook expresses those feelings. The struggles of raising a child, the loss of a partner, and how grief manifests are all topics in this film. It feels like something more than a horror film and almost becomes therapy for some viewers. 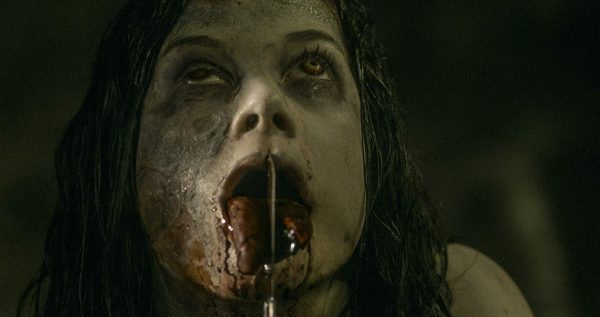 There hasn’t been a horror remake this strong since The Thing in 1982. 2013’s Evil Dead took everything from the original series and turn it up to an eleven. If you wanted more horror, this new version makes the original look even more slapstick in comparison, as this is such a grotesque film. That doesn’t mean this removes the fun from the original franchise as well, as this is just as entertaining.

There’s more gore here than any of the other entries combined, which is refreshing as modern horror moved away from that. The blood doesn’t make it great but shows you can keep the spirit of originals alive while updating other things. A cameo from Bruce Campbell would’ve made this even better; no one can deny this was such a great film.

8. What We Do In The Shadows 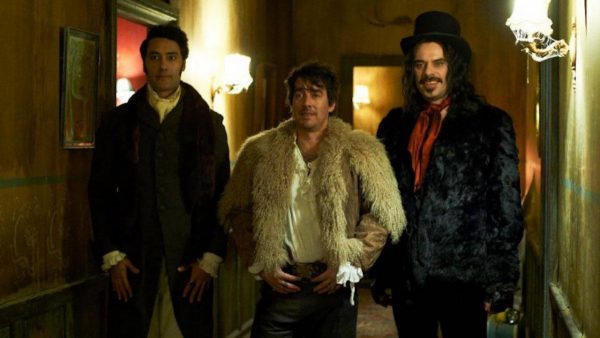 Nailing the perfect horror-comedy is hard; many may try, and many do fail. This spot almost went to the modern classic Tucker & Dale vs. Evil, but this New Zealand horror film is something special. What We Do In The Shadows is a mockumentary about a group of vampires trying to find their place in a modern world. If This Is Spinal Tap had a goth filter over it, this would be it.

Director Taika Waititi stars as well, which makes him one of the best modern director/actor combos as well. Many are waiting for him to return to the horror genre as he made such an impact with this outing. Thankfully, What We Do In The Shadows is now a hilarious television series that expands this wonderful universe. Not many other entries on the list spawned an actual franchise. 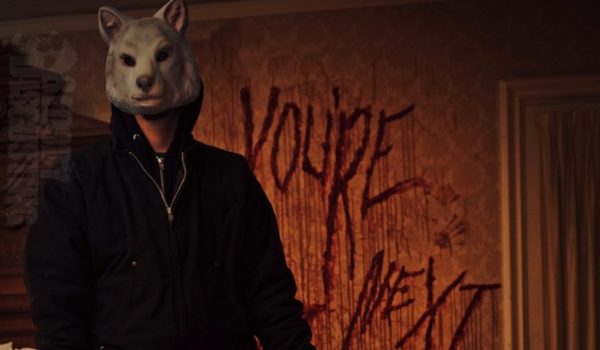 By the ‘10s, the slasher genre was very over. Sure, there is a remake or two popping up, or you have an original idea like Happy Death Day, but an excellent modern slasher is hard to find. That’s where You’re Next enters the chat and stakes its claim as the best slasher since the first Saw.

With a re-invention of the final girl, an amazing score, and so much style, You’re Next is a genuinely enjoyable viewing experience. The film maintains the “fun” energy needed for a slasher, but it feels so grounded, something the genre missed for quite some time. You feel like you know these characters in the film, which makes it even harder to watch them get picked off one-by-one. But thankfully, our final girl Erin holds it all together, the best since Sydney Prescott in Scream. 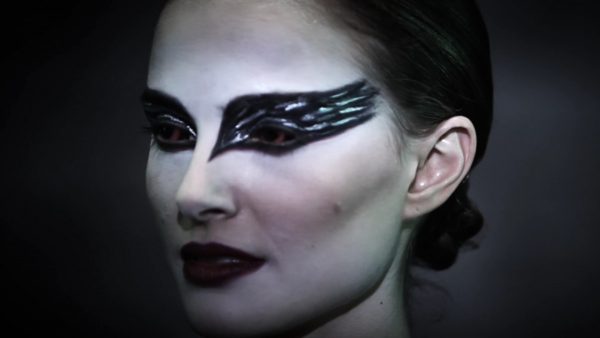 This 2010 ballet-filled horror piece is one of two Academy Award winners on this list. Natalie Portman brought home the Best Actress award for her impressive work as the troubled ballerina at the center of Darren Aronofsky’s best work. Black Swan shows the horrifying side of ballet and adds a level of surrealism that leaves you lost and confused.

For many, this isn’t a traditional horror film, but watch this and tell me you don’t feel unsettled the whole time. Striving for perfection to an extreme degree is just as intense as being chased by monsters or spooky ghosts. Black Swan makes reality scary but putting it on such a heightened level. You’ll find yourself questioning everything after a viewing of this, which is a sign that a movie stuck with you. 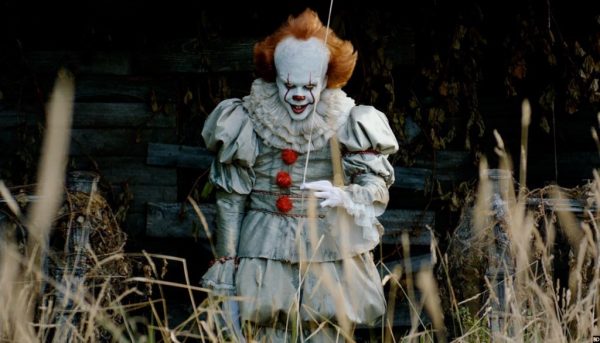 One of the most successful R-Rated films of all time, the most successful horror movie ever, and one of Stephen King’s best adaptations, only a fool wouldn’t include It on their “best of the decade” list. Andy Muschietti is a gifted filmmaker with his 2013 film Mama being another strong film this decade, but nothing comes close to It Chapter One.

Stephen King had a fantastic decade with so much of iconic work finding new homes, and a lot of that renaissance is due to this film. The first chapter in the new It re-telling became a pop culture event, something close to what modern superhero films see. Horror fans got an event film, and Pennywise was the host of that event. 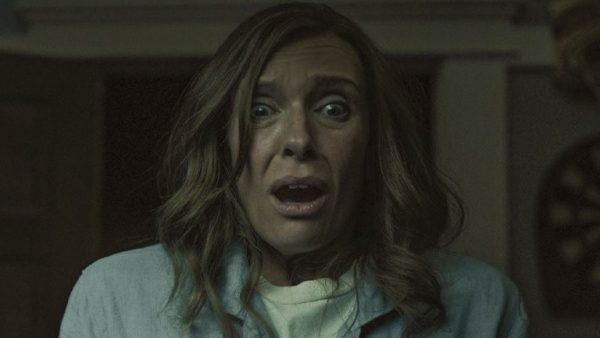 Hereditary introduced the world to the power of Ari Aster, and the horror community is better for it. His debut feature film is this explosive and strange story about grief and how it affects a family. This film is a throwback to the ’70s era haunts with so much focus on the atmosphere but never sacrifices the story for that.

In any other hands, this film wouldn’t be as impactful. Aster brings together a fantastic cast that sees a career-best performance from Toni Collette. Seriously, the fact that the Academy snubbed Collette with a Best Actress nomination is wild as she makes you feel everything in the movie. Horror should sit with you for days after, and Hereditary found a way to burrow its way into your soul. 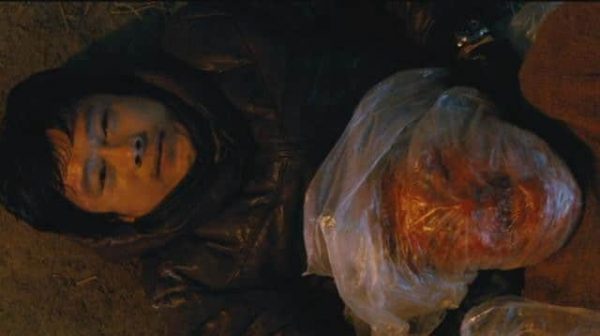 While Japanese horror dominated the 00s (The Ring, anything by Takashi Miike), the 2010s are known for the influx of Korean horror. From the earlier mentioned Train To Busan to 2016’s The Wailing, the decade is filled with significant outputs from the country. But none have the impact and power of I Saw The Devil, another masterpiece from Kim Jee-Woon.

This action-filled horror film follows a revenge-minded special agent hunting a serial killer that murdered his wife, think of it as the darkest timeline version of  Hannibal Lector. The filmmaking is top-notch, the scares and gore are plentiful, and you feel every emotion. There are not many films like I Saw The Devil, and I think American filmmakers have tried to compete with their attempts like John Wick and Upgrade. 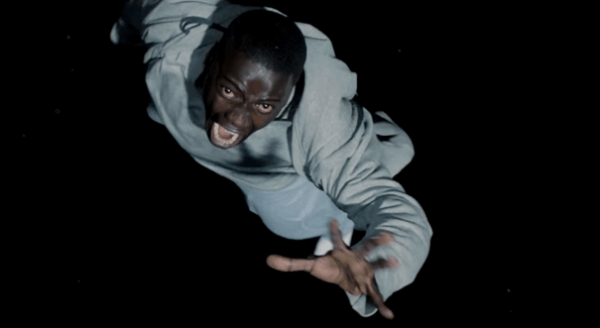 No one could predict at the start of the decade that Jordan Peele would craft one of the best horror films. Known for his hilarious sketch comedy show Key & Peele, many saw the filmmaker going the route of many before of him and making big-budget comedy films for a major studio. Imagine our collective shock when Get Out was his directorial debut!

Yes, the social-political brain swap horror flick surprised us not only for the director’s sudden genre shift but for its high-quality approach. The film is smart, scary, and still finds time for some great comedy. Not many other filmmakers on this list have a debut this strong, even landing Jordan Peele an Academy Award for Best Original Screenplay. 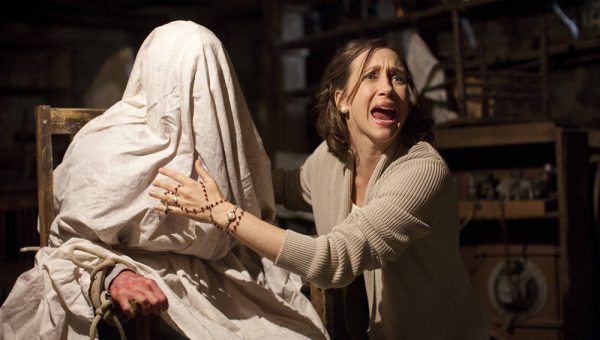 This James Wan franchise takes the top spot for a couple of reasons. Look; personally, this style of haunted house horror isn’t for me. But there is no denying the fact this spawned a massive horror universe, made boatloads of cash, and became an instant hit for horror fans and casual moviegoers alike.

The first in the series, The Conjuring, plays like a throwback to ’70s horror with some modern stylings to make it feel fresh. The film plays like a love letter to genre fans and crowdpleaser for the masses, which is a hard balance to find. Most films on this list capture that spirit of making the project feel larger than life, but The Conjuring is a real beast on its own. The scares stay with you for quite some time, and the acting makes it all feel so believable. This 2013 film is part of what brought odd stylized films to the mainstream, and many others need to thank it for that fact.

What did you think of this list? Is your favorite horror film of the decade here? Don’t forget to comment down below or reach out to us @FlickeringMyth on Twitter…