Having played a key role in some of the Marvel Universe’s most defining moments, the Infinity Stones will make their return this summer as Marvel launches Infinite Destinies, a new event which will run through a series of eight annuals, beginning with Iron Man Annual #1 and Captain America Annual #1. 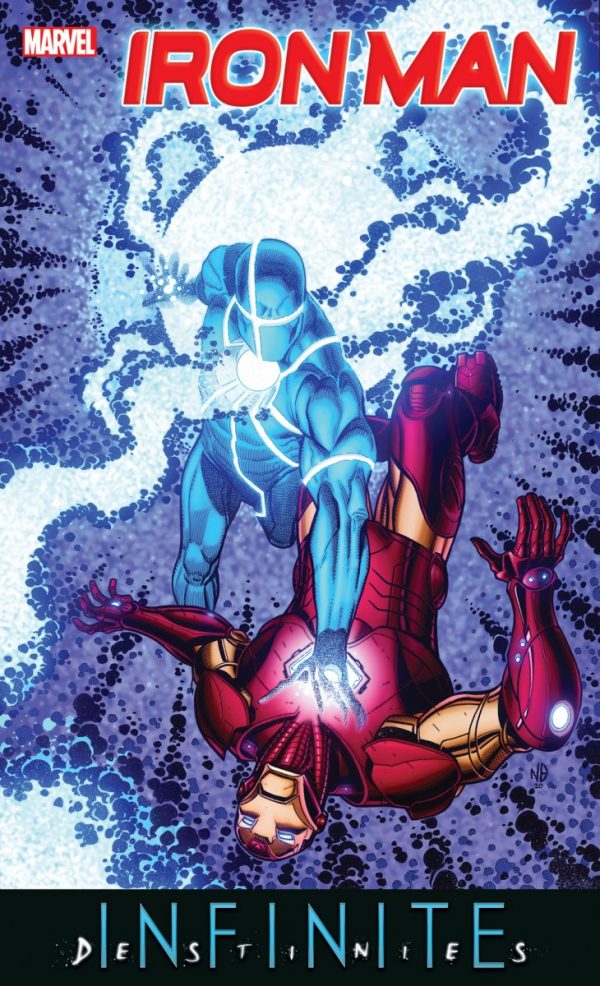 Writer Jed MacKay (Black Cat) and artist Ibraim Roberson (Old Man Logan) kick things off in IRON MAN ANNUAL #1. When Iron Man learns about the strange people who kidnapped and tortured Miles Morales, he HAS to look into it. What he finds out about the Assessor and especially Quantum will shock him…and you! 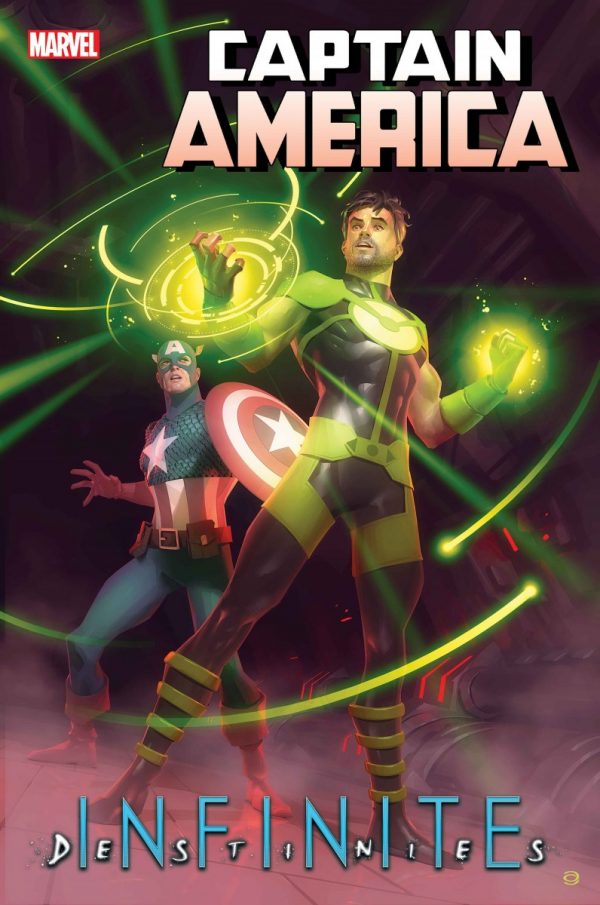 Writer Gerry Duggan (Marauders, Cable) and artist Marco Castiello (Doom 2099) will then turn the focus on the fugitive known as Overtime in CAPTAIN AMERICA ANNUAL #1. After breaking out of death row when the Time Stone chose to bond with his soul, Overtime was gifted powers he barely understood. Now, thanks to Captain America… his time is up.

“We’ve had a wave of incredible new characters over the last few years, and Infinite Destinies will shine a light on eight of them,”  Editor Nick Lowe said. “We’ll discover new aspects of these heroes and villains in adventures with our the most archetypal Marvel heroes.”

“The Infinity Stones have found new homes — as people!” Jed MacKay added. “Infinite Destinies is the next chapter in the story of the Infinity Stones and the people they’ve bonded with — and the powers in the Marvel Universe who are taking interest in these powerful new players.” 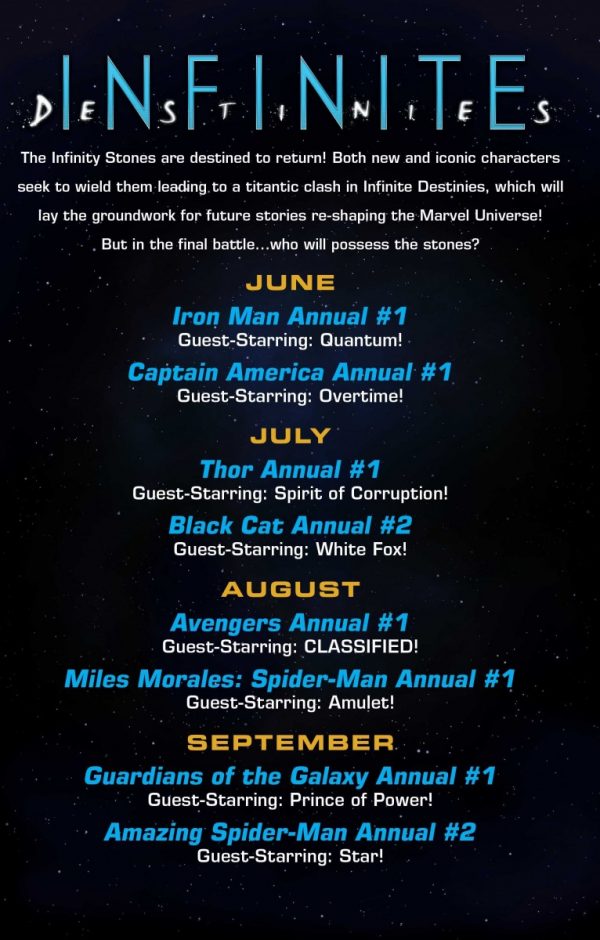 The Infinity Stones and their abilities have always been shrouded in mystery, but one thing is for certain: where these stones go, trouble follows. Expect cataclysmic battles, shocking twists, and jaw dropping revelations about some of Marvel’s most promising new characters when INFINITE DESTINIES begins this June!