James Bond fans have several expectations from each instalment in the 007 franchise, including the tradition of Bond being accompanied by a female character, commonly referred to as a “Bond girl”, who have varying levels of inclusion in the films. Now, Knives Out and Blade Runner 2049 star Ana de Armas will be the latest actress to stand alongside Bond in No Time to Die, but she didn’t always believe she was a good fit for the role.

In a recent interview with American Way, Ana de Armas revealed she was aware of the expectations that came with being a Bond girl and didn’t believe she was a good match for the part at first.

“Bond girls have been portrayed for so many years with a specific type of woman,” de Armas said. “I associate it with some sort of perfection and beauty standards beyond the normal. Things that I didn’t match, I was shocked when the director called me to say, ‘The character is not written yet but we want you do it.'” 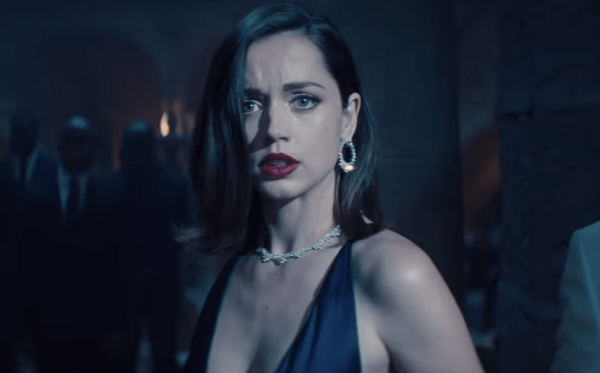 De Armas continued to explain that she wanted to try new things for a Bond girl which included avoiding the classic tropes previously seen in the franchise before.

“Usually these women [Bond girls], they need to be rescued. Or they die. Or are evil. I needed to read that script. And it took a little, but they sent me the scenes. It’s important because I want to bring something else to the story,” she continued.

Unfortunately, James Bond fans are going to have to wait longer to see Ana de Armas’ Paloma in Daniel Craig’s next and final outing as 007 in No Time to Die as the film has been delayed until November 2020, seven months after its original April release date, due to the current global health crisis.

Are you looking forward to seeing Ana de Armas’ role in No Time to Die? Let us know in the comments below or tweet us @flickeringmyth…