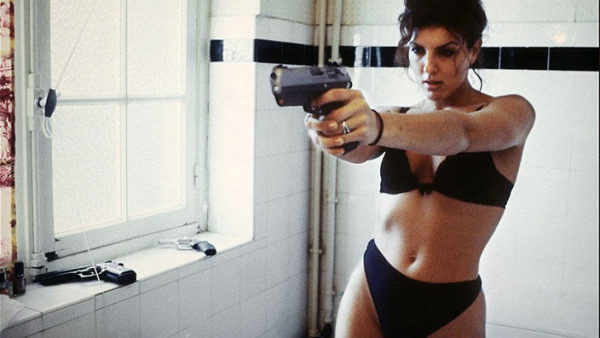 Baise-moi caused a great deal of controversy on its initial release in France when its original 16 and Over rating was raised to the rare X certificate by the French government in the wake of protests from the far right pro-family value group Promouvoir. This in turn led to the film being withdrawn as many X theatres no longer existed. The film’s frank depiction of sex and violence had also resulted in scathing reviews in the French media as it openly blurred the line between mainstream cinema and pornography. This was potentially alarming for the British because the French often have a more liberal attitude towards explicit sex and are generally not as easily offended. The title roughly translates as ‘Fuck Me’ so the film was obviously designed to be provocative. 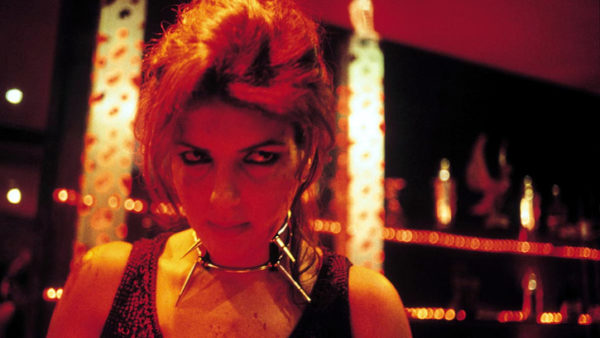 This is a shocking scene as Manu allows her attackers to rape her, whilst her friend struggles relentlessly with them. Manu’s reaction is as if this is the kind of behaviour she expects from men so is not willing to put up a struggle and be humiliated by them. It is also obvious from the conversation the two rape victims have after their ordeal that despite Manu’s passive response she too did not enjoy her ordeal. This incident is then the catalyst for Manu’s later mentality as she kills her brother, takes his gun and steals his money. She then meets up with Nadine who has killed her roommate. The pair then decide to take revenge on society for what it has done to them.

The explicit sex scenes as the girls use men for their own sexual gratification continue throughout the film spliced with the random killings of whomever the women encounter. It’s confusing as to what the filmmakers want the audience to feel whether they are to be shocked by the violence or aroused by the sex scenes is completely unclear. 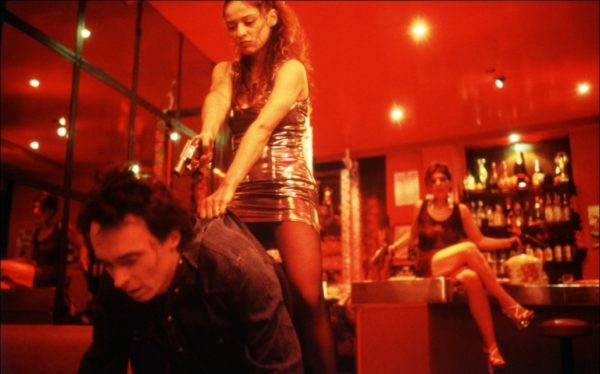 The film’s strong language together with its scenes of violence are not much stronger than in their Hollywood counterparts. The film begins well with an interesting grainy hand held camera style and the characters introduced as regular people marginalized by society particularly by the men in their lives. The relentless sex scenes however undermine this and render the film as nothing more than hardcore pornography. Manu is worryingly young looking making her sex scenes unwatchable. This film is nothing more than an exploitation film masquerading as a feminist statement. The film’s somewhat liberal 18 certificate did raise questions about whether the BBFC had been more lenient towards it simply because it is an art film.