With Warner Bros. set to launch its streaming service HBO Max next month, one of the most exciting launch projects has been delayed. The cast of the much beloved Friends was set to reunite for an unscripted special on HBO Max, but it has now joined the ranks of productions that have been delayed or shut down due current the current health crisis. The reunion special was set to star Jennifer Aniston, Courteney Cox, Lisa Kudrow, David Schwimmer, Matthew Perry and Matt LeBlanc together for the first time since Friends ended in 2004.

“Guess you could call this the one where they all got back together — we are reuniting with David, Jennifer, Courteney, Matt, Lisa, and Matthew for an HBO Max special that will be programmed alongside the entire Friends library,” said Kevin Reilly, chief content officer of HBO Max and president of TBS, TNT, and truTV at the time the special was officially announced. “I became aware of Friends when it was in the very early stages of development and then had the opportunity to work on the series many years later and have delighted in seeing it catch on with viewers generation after generation. It taps into an era when friends – and audiences – gathered together in real time and we think this reunion special will capture that spirit, uniting original and new fans.”

Though the special is quite what fans had been hoping for given the unscripted nature of the reunion, Friends‘ popularity has never wavered and the special is one of the most anticipated items to HBO Max along with all 236 episodes of the series after Warner TV purchased the streaming rights from Netflix. It could potentially lead to a true reunion or revival, though co-creator Marta Kauffman has shot down that possibility on a number of occasions. 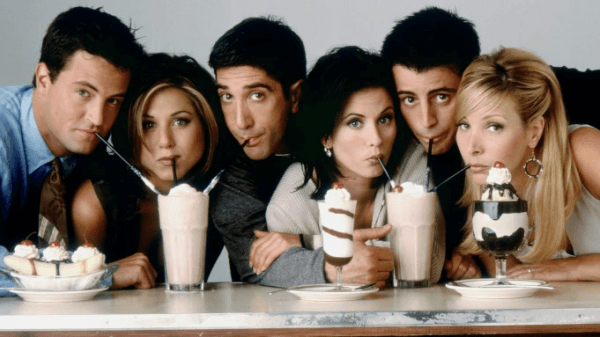