One of the most highly anticipated films of 2020 is the upcoming adaptation of Frank Herbert’s Dune from director Denis Villeneuve, and star Jason Momoa has offered some details on his character. 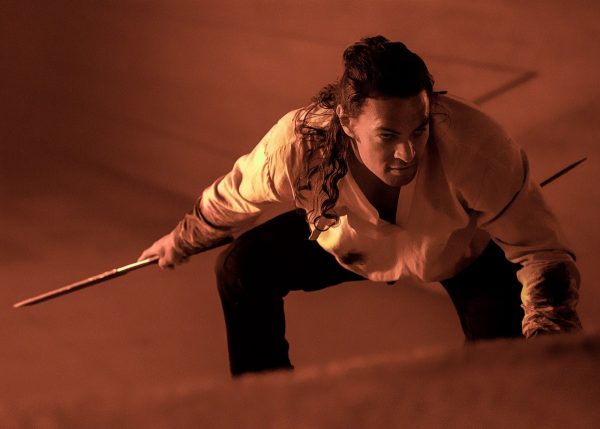 In a recent video interview on The Ellen Show, Momoa teased details on Duncan Idaho, his roguish warrior character that feels like the “Han Solo-esque” role of the group.

“I get to play this character Duncan Idaho, who’s kind of a master swordsman who’s made the right-hand man to Duke Leto who is Oscar Isaac,” the actor explained. “He’s the first person to be sent out to land on Dune and that’s when I meet the character that Javier Bardem plays. I can’t believe I had a scene with Javier Bardem! It’s a pretty massive film and I get to be this little — he’s kind of the Han Solo-esque of the group. He’s this rogue warrior who protects Timothée Chalamet (Paul Atreides) and serves Oscar Isaac.”

“We got to shoot in Wadi Rum. I’ve never seen anything like it, it was like shooting on another planet,” Momoa said. “Denis Villeneuve is shooting it, who made Sicario and Arrival. It was an honour to do that with him, and it’s a pretty stellar cast, I’ve never been a part of something so big.”

Are you looking forward to Denis Villeneuve’s Dune? Let us know in the comments below or tweet us @flickeringmyth…

Dune is currently set to release in theatres on December 18th 2020.