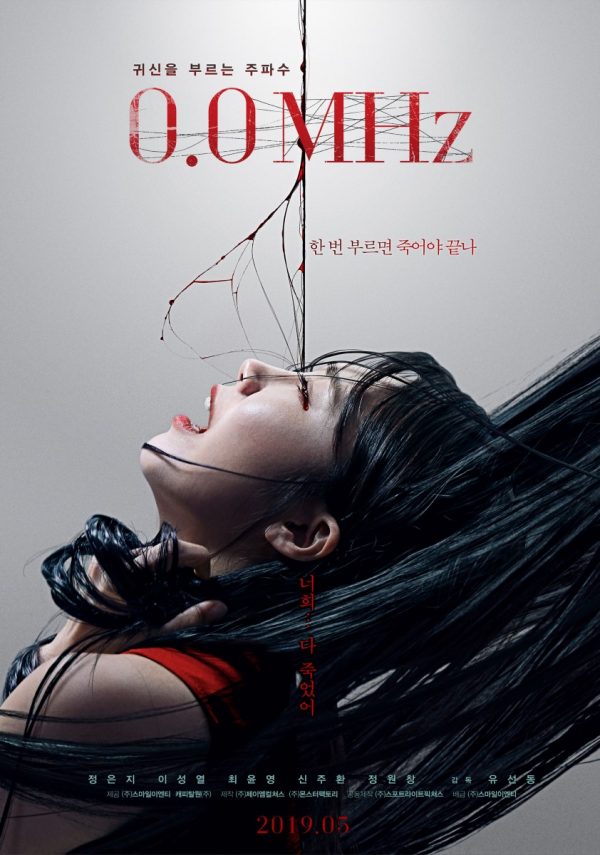 Members of a supernatural exploration club go into a haunted house. 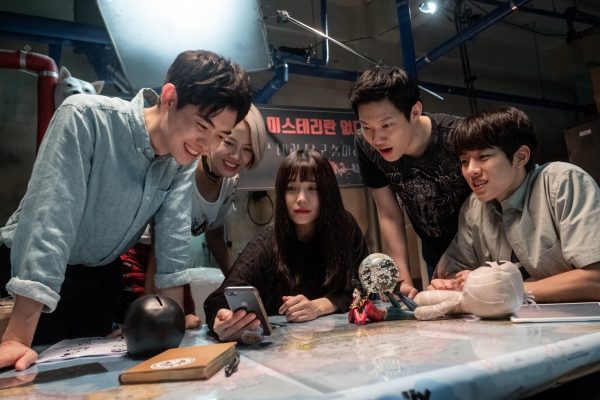 Throw Gonjiam: Haunted Asylum and hair-everywhere flick Exte into a blender, and you’ve got Sun-Dong Yoo’s 0.0MHz. Bumbleheaded teens meddle with urban legends for fame, profits, and personal dares. Yoo’s adaptation of Jak Jang’s comic follows recognizably foolish paranormal investigators, which is no foreign concept to horror fans. 0.0MHz differentiates in the form of devil-red eyes and a demonic entity best described as “Samara meets Cousin It,” head-to-toe CG’ed. Those who support my vocal appreciation of practical effects may (correctly) assume this, indeed, becomes a frustrating decision.

The “0.0MHz” crew, a collection of student ghost hunters, sets out to disturb the peace at a supposed haunted household. Through necromancy, they intend to summon the property’s restless spirit by using REM sleep cycles. It works, said apparition enters Yoon-Jung (Yoon-young Choi), and provides the unnatural connection they’re seeking – but doesn’t want to exit Yoon-Jung’s fleshy vessel. Hence why we don’t call upon the troubled souls of undead entities, kiddos! 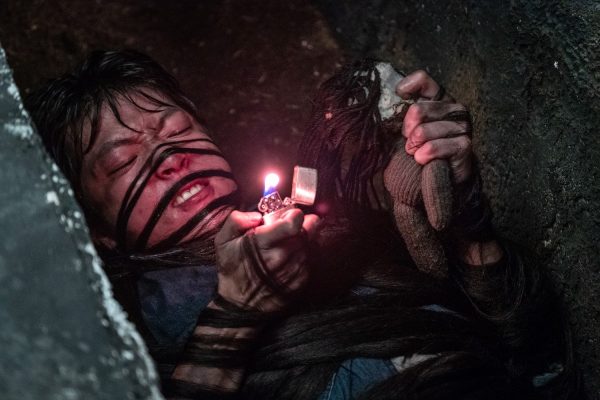 There are some, frankly, inexcusable post-added flaws throughout 0.0MHz. The nightmarish conjuring that “hunters” encounter is of a hanged woman whose hair acts as tangled tentacles, wrapping around whoever may be closest. These moments are where Exte comparisons become most noticeable, as Sion Sono’s wig-out-wicked thriller showcases how practical hair effects can be a tie that binds throughout horror. 0.0MHz struggles to blend green screen backgrounds with human complexion, and too many “hair attack” sequences shine an even glossier inefficiency that encases fidgeting actors within follicle wrappings that look digitally cheap-o.

0.0MHz is best when hair isn’t present, and horror becomes a game of paranoid manipulation. Monster formulation could have used some styling and structuring, yet Yoon-Jung’s possession performance channels the heavy-footed human mechanics of deadhead dazes. When Yoon-Jung’s friends become “targeted,” the girl unhinges her jaw wide like a snake as an air exhalation sound suggests nastiness leaking from her insides. Each victim relives a different memory, all traumatizing, which allows for a few jumps and jolts as deceased adolescents charge towards the screen. Not all deaths are complicated in practice or even shown on-camera, but Joon succeeds in these more simplistic horror comeuppances.

It’s odd, because you’d assume I might favor scenes where a crow with flowing, dread-black locks scampers throughout the “0.0MHz” basecamp. Maybe when a tangle of mop-top clumps suffocates dumbfounded “investigators.” These are the more “original” ideas of 0.0MHz, but the choice of animated vs. practical effects is a massive hindrance at current quality outputs. Whether you believe ghosties are real or not, there’s still a necessary need to pull audiences into your cinematic world. Joon’s more outlandish material desperately needs such worldbuilding, and yet we’re left more distracted by technical elements than investment in an awoken curse.

0.0MHz hits on all the signature notes of Korean horror. A balance between K-poppy upbeat beginnings juxtaposed against deadly-serious horror. Supernatural elements that don’t shy away from fantastical beings of the imagination. Shamans, voodoo dolls, and ceremonial beliefs that treat the afterlife with respect. Sun-Dong Yoo marks all his boxes while exploring bedtime in a way not yet overkilled by genre content; however, there are still too many tiresome downbeats. Fundamental in its familiarity, unable to hoist more genuine notes of individuality above lackluster visual effects additives.