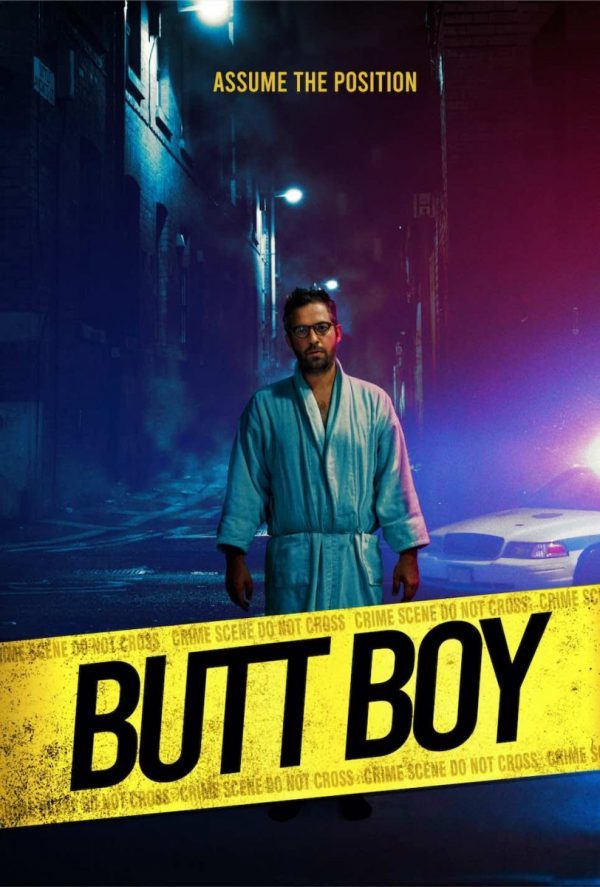 Chip Gutchel, a bored married IT Engineer, has a reawakening after a routine prostate exam. What starts as a harmless rectal kink, soon grows into a dangerous addiction as he becomes responsible for a missing child. 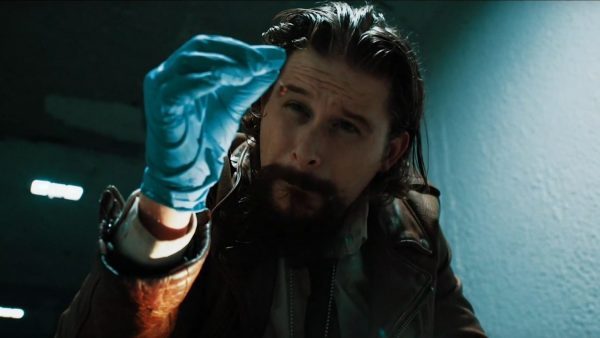 Cornack stars as mild-mannered Chip Gutchell, who partakes in a new pastime when his existence reaches its mundanest plateau. Chip, discovering an unfound talent, can shove things up his butt without medical repercussions. A game piece, a TV remote, a household pet – even a child. Yes, Chip cannot restrain his new obsession and it leads to a missing person case. Enter Detective Russel Fox (Tyler Rice), who simultaneously becomes Chip’s AA sponsee and chief investigator at the worst time…for Chip.

On the surface, Butt Boy navigates the facade of normalcy in regards to addiction. Chip is your average desk monkey devoid of excitement, and yet he harbors the gnarliest of secrets (and storage spaces). Cornack’s characterization of Chip isn’t of an outwardly “bad man,” but one who becomes consumed by this superhuman jolt of individuality that’s corrupted when his infinite plugging spirals out of control. Det. Fox confronts alcohol abuse head-on, staying sober, and fighting against his basest instincts. Chip gives into temptation, relapses into recreational rectal indulgences, and devalues “sobriety” by filling an emptiness that only widens with each affirming high. 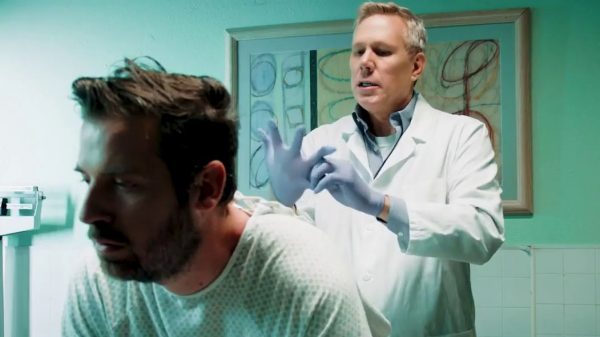 Examining deeper, there’s not much else to mine. Cornack proves this both physically and metaphorically. Butt Boy is a low-key supervillain origin story of the wolf in sheep’s clothing variety. We enter Chip’s cavernous digestive tract, between the cheeks, and find the hollowness that is Chip’s defining attribute in his own mind. If messages are posited to stoke some searing takedown of toxic masculinity, given stick-it-in sight gags, those ruminations are silent and not so deadly. What Cornack and Koch explore is an intense fear of never knowing who’s sitting in the cubicle next to you, and what despicableness could be hidden behind muted John Doe harmlessness. In their ass.

Butt Boy welcomes gonzo absurdism. My appreciation is of a movie that takes procedural cop notes and intercuts dingleberry clues, laser tag shootouts, the works. Cornack’s locational representation of Chip’s “Hershey Highway” is soaked in alarmist red light filtration, as footsteps squish into the moist tissue that shuttles our feces out the back door. Yes, I said footsteps. It’s disgusting, it’s ridiculous, but it’s also bafflingly captivating? Chip’s miraculous chocolate soft-serve spout sets the stage for a hard-boiled take on that one The Magic School Bus episode never approved past a stoned-as-hell writer’s room. Viewers are assured, time and time again, plotting will chart uncomfortably close to Chip’s prostate – and yet, as alluded to above, there’s still plenty of shock value when Butt Boy delivers.

Between Cornack’s paranoid schlub and Tyler Rice’s straight-from-Vice lawman, there’s enough charismatic tension to sustain their tip-toe tango of mistrust. Neither actor plays above scripted archetypes we’ve seen before, minus the proctology probing, but that doesn’t prevent either man from filling their predetermined roles. Rice’s contemplative looks towards a streetcorner bar when a slug of liquor would soothe his mind are tortured and listful. Cornack’s portrayal of a “loser” in over his head who cannot stop penetrating his putrid rose’s canal is fumble-incompetent and appropriate. For how much this film asks its viewers to suspend belief, characters are more grounded than one would assume. I can’t believe I’m typing these words, either. 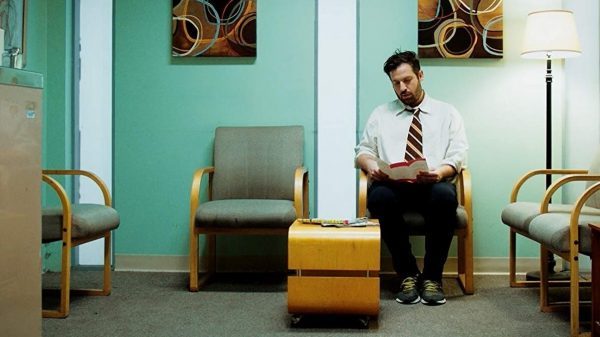 At face value, Butt Boy might be shrugged off as a rejected Mad TV sketch. Upon further inspection, Tyler Cornack has reinvented generic storytelling formulas in a way that’s too, let’s go with “unique,” to ignore. Some of you will be repulsed and that’s understood. Not all of it works, nor does thematic impact make the loudest of plops into the proverbial bowl. Ambition begets foolhardiness, but what kind of world would this be without unclenched creative expressions? If you’re going to watch one movie this year about the chaos caused by a neverending bum chute, make it this one. Then confess where, in the name of Count Chocula’s children, you’re finding similar content?