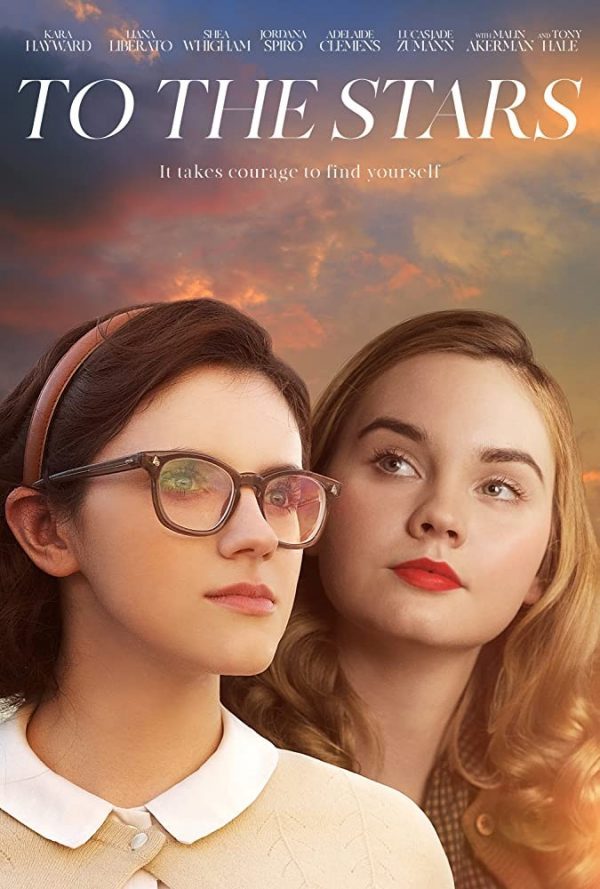 Under small town scrutiny, a withdrawn farmer’s daughter forges an intimate friendship with a worldly but reckless new girl in 1960s Oklahoma. 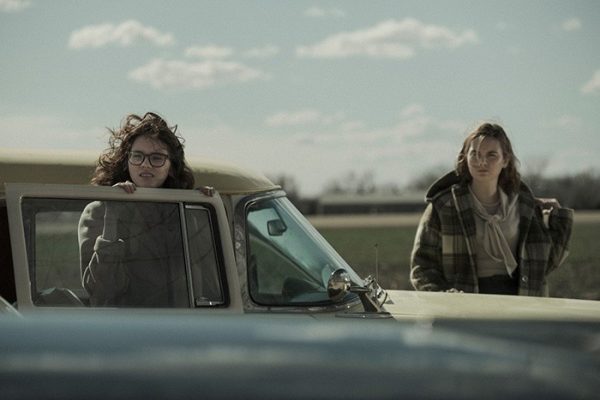 Aside from backward 1960s Oklahoman beliefs (and let’s be real, they probably haven’t progressed that much when it comes to modern times) further sexually repressing and complicating the life of an 18-year-old high school teenager, To the Stars (directed by Martha Stephens working alongside the screenwriting debut of Shannon Bradley-Colleary) is effective beyond authentic period piece storytelling and harkening back to a time when it was even more panic-inducing to come out as gay. Perhaps, one of the best reasons why, is that the filmmakers aren’t pushing the characters into a conventional lesbian romance, but simply letting them exist and navigate being ostracized. To the Stars is about longing, but not necessarily longing for love, more so to be accepted surrounded by closemindedness.

Maggie Richmond (Liana Liberato) is the new girl in this dusty town, introducing herself to classmates with a series of lies regarding her life and the livelihood of her father. It’s not that she doesn’t have beauty or unorthodox qualities that would lead her to be bullied; her lies come from a sense of shame and great expectations bestowed upon her by her super religious family. An early scene captures Maggie from a distance walking home (almost as if we are witnessing a walk of shame) where she is greeted outside at the front door by her father (Tony Hale) belligerently questioning who she was with. He quickly resorts to domestic abuse, feeling the pressure that his lesbian daughter might have been up to something sexual with another girl, adding on that he gave up a job and moved so that they can start over without judgment. 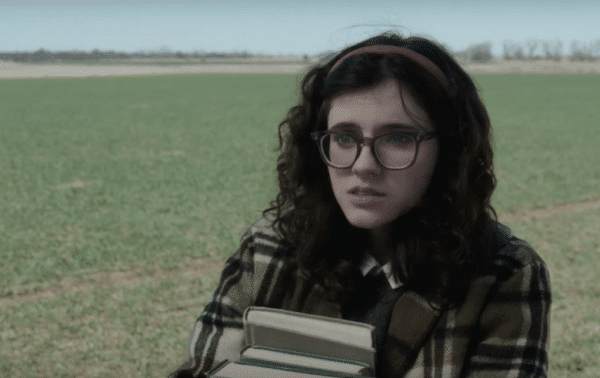 Truthfully, Maggie was with a girl. The introverted and unfathomably socially awkward Iris Deerborne (Kara Hayward) catches Maggie’s eye; she’s not a sexually repressed lesbian and it’s not just over physical attraction, but for her own misery as the girl is incessantly picked on for anything and everything by what can simply be described as Mean Girls: 1960s. There is also a warmness and honesty exuding from Iris that eventually attracts more attention once the friendship and bonding with Maggie slowly break her out of her shell. There’s never the feeling that it’s about pity (this is actually addressed in a line of dialogue), but two young girls coming-of-age figuring out how to be themselves while coming from problematic homes.

Nevertheless, the girls use a nearby pond as a secret meeting place at night. Over time, the pond itself goes from the one place these two girls can be open about who they really are, to taking on a more symbolic meaning as other events transpire there. Maggie also uses her knack for lying to force the hands of the other nasty girls to come to see Iris in a different light. As such, everyone prepares for prom, where the film, unfortunately, tends to drag a little bit.

There is an obvious metaphor behind these makeovers, although it comes at the cost of exploring some of the more intriguing elements of the film, whether it be the connection between Iris and Maggie or their home lives. It also paves the way for some broad humor that doesn’t fit the rest of the tone. There is also a subplot involving a similarly aged boy whose mother committed suicide by drowning herself in the same pond, which feels like it should be handled with more grace and care considering that boy develops into a key character during the second half. Simultaneously, the sequences at the hair salon are relevant for other reasons related to Maggie, coupled with another devastating truth about hiding one’s sexuality during these times. 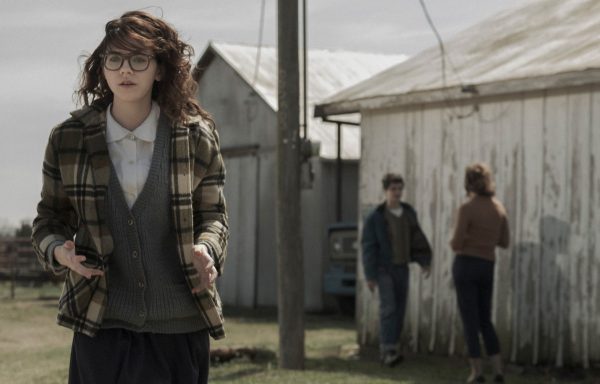 Even if one of two revelations are handled poorly (one character stumbles into it, as if the filmmakers were unable to come up with anything less subtle), the following consequences of the following actions are heartbreaking. By the time To the Stars is wrapping things up, in hindsight, it’s almost wise that we don’t see much of these parents (it’s also worth pointing out that Iris’ mom is unhappy and tired of her alcoholic farmhand husband with no ambition for a better future, while not exactly being the mother of the year herself). Sure, the story treads some familiar ground regarding coming out, but the performances are wonderfully sincere and the ending is something homophobic or unaccepting parents desperately need to witness.

Note: To the Stars premiered at the 2019 Sundance Film Festival in black and white, but is being released in color on-demand. Thematically, the film would work better in monochrome, but as is remains an emotional experience.