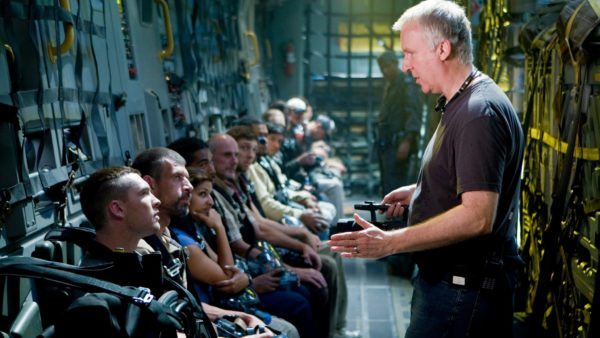 The official Twitter account for the Avatar franchise has shared a couple of behind-the-scenes images from production on James Cameron’s sequels, which show the filmmaker preparing to shoot underwater performance capture scenes with his cast; check them out here…

From the set of the sequels: @JimCameron directing the actors before they dive underwater for performance capture.

Fun fact: That layer of white on the water's surface is comprised of floating balls that prevent lights from interfering with filming underwater. pic.twitter.com/dOBwS6qOXF