Tom Jolliffe takes a look back at DNA, William Mesa’s video special from 1996, a hodge podge of clear influences…. 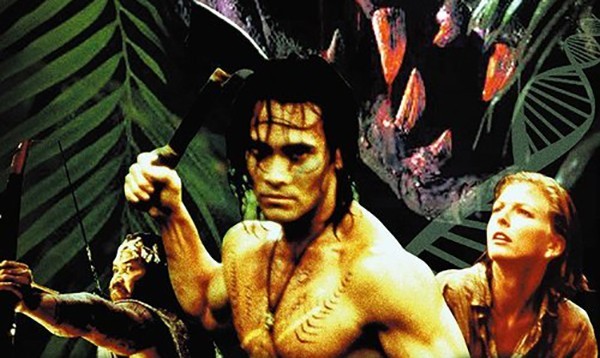 For every big screen box office smash, there is a low budget circle of copycats just around the corner. Success breeds imitation. For Snakes on a Plane you get Snakes on a Train. For E.T we had Mac and Me. Die Hard spawned it’s own entire sub-genre. This imitation is a type of flattery of course and audiences in the video market have taken to these knock-offs with enough regularity that they still remain popular. Entire director video distributor line ups can be driven by what’s hot at the cinemas. Killer dolls? Sure, let’s do that.

Having interviewed action titan Mark Dacascos recently, I suddenly found myself thinking of a knock off to beat all knock offs. Generally these Asylum-esque riffs will set one film predominantly in their sights (maybe two). In 1996, special FX maestro William Mesa went behind the director’s chair for a little film called DNA. Shot in the Philippines, for a pretty reasonable budget (it’s certainly not Asylum level in terms of production value) there was an air of ambition about this film that predominantly sets its photocopy settings to Alien and Predator. Mesa still worked on the visual FX for this, alongside a team of fellow Mesas (who I can only assume are part of a VFX-centric family). I’ve seen it before in the straight to video market. A VFX guru turns director, but continues overseeing the visual effects department too. Whether the production company gets extra visual bang for its buck doing it that way, I don’t know. Maybe it’s a two for one deal. Given this has pretty solid production values and largely impressive visual FX (and creature design) you’d assume that the production benefits from Mesa’s involvement in several departments. 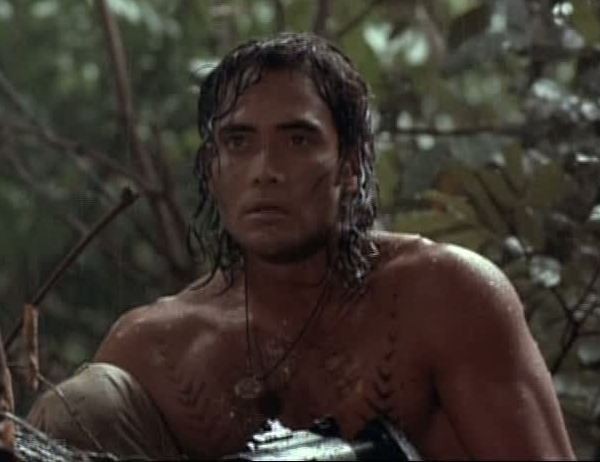 The film starts with an Indiana Jones-esque quest to retrieve some bugs (carrying Alien DNA) in an ancient tomb. Our hero Ash, played by Mark Dacascos, has been working as a humanitarian doctor in a poor S.E Asian village. He’s visited by a scientist played by Jurgen Prochnow who quickly establishes himself as a villain. He leaves Ash for dead and the story kicks back on a while later when Jurgen’s DNA experimentation on Alien DNA have lead to an Alien/Predator-esque creature escaping to wreak havoc on local tribes. Around this point we have very clear nods to Jurassic Park, even down to Roger Aaron Brown as the black computer expert with cigarette hanging from his mouth as a very definite nod to Samuel L Jackson. Claire Sommers (Robin McKee) is sent by the CIA to investigate, and she enlists Ash to help find his old nemesis.

So Dacascos and Prochnow come to a reluctant truce to try and track the creature. Then we’re into Predator territory, by way of Alien (with designs that clearly coagulate the two). A lot of the riffs are the same, there are giant log traps being set for the creature, lots of Jungle chases, all mixed in with some nice compound set pieces reminiscent of Aliens and Jurassic Park. There’s no subtlety in the cherry picking of the influences, but in fairness they do a reasonable job. As a slice of B movie fun this does the trick (currently available on Amazon Prime in the UK, I should mention). 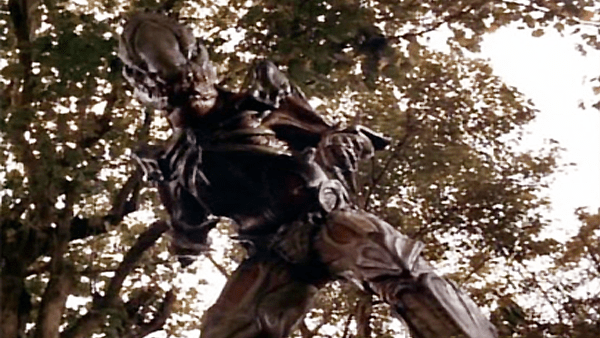 Mesa has only directed three films. A previous B movie, Terminal Force (starring Brigitte Nielsen) was goofy and packed with a good amount of action and visual fx (again, in no small part due to Mesa covering a few bases). Terminal Force in fact had a whole host of influences, so this pick ‘n’ mix approach to making B movie romps wasn’t new to Mesa by the time he made DNA. Bearing in mind the film is 24 years old, some of the CGI is dated, but for its level, largely good (one or two shots here and there feel perhaps a little rushed). Even though we’ve effectively seen every beat of this in bigger, better films, it still has enough to keep you watching. As I say, it has plenty of bang for the buck. The creature, like its significant influences, is kept mysterious until the final third, which is sensible. There are a lot of explosions and the locations are engaging on the eye.

The biggest strength of DNA lies in the cast, who are all game and sincere. It would be easy to phone it in with a gig like this, particularly for an actor like Prochnow. However he takes it seriously and makes for a suitably cold villain. Dacascos meanwhile doesn’t do things by half measures, and the size of production was pretty reasonable by what he was doing around the time. He’s an engaging and sensitive hero, whereas some of his contemporaries may have struggled to play it as ‘everyman.’ DNA does certainly have the DNA of Jurassic Park, Indiana Jones, Alien/Aliens and Predator (with a pinch of Apocalypse Now too) running through it, but unlike a lot of the video premiere copycats, has a solid budget to back up some of the ambitions. Likewise, the score from Christopher L. Stone sounds impressively cinematic. 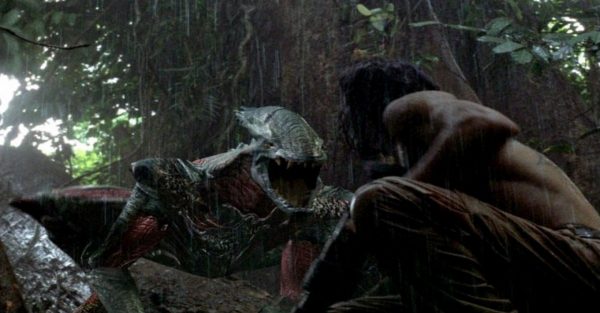 What is your favourite low-budget knock off? Let us know your thoughts in the comments below or on our Twitter page @flickeringmyth..