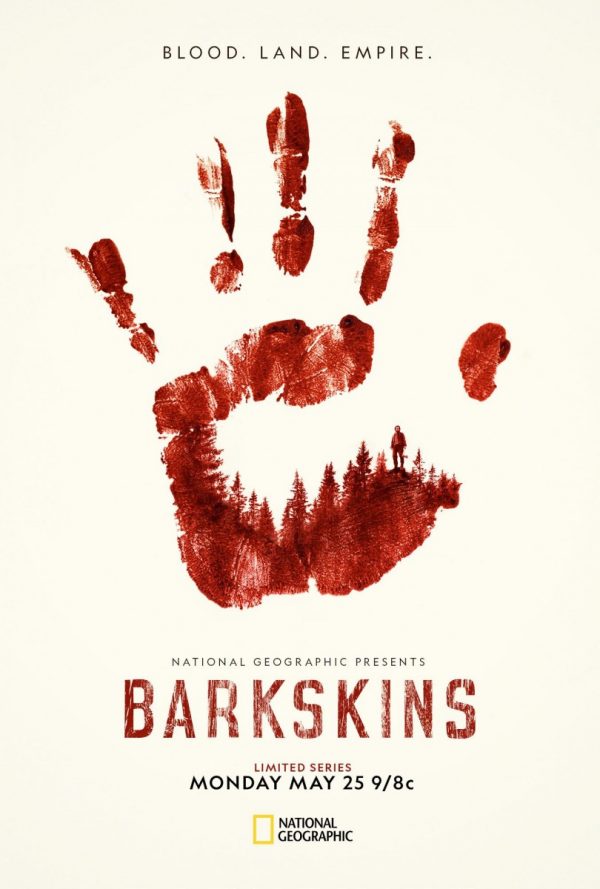 Anna is an accomplished Costume Designer, whose talent initially gained recognition on the art house thriller Miss Bala for director Gerardo Naranjo. The film was an Official Selection at the Cannes and Toronto International Film Festivals and was the Mexican entry for Best Foreign Language Film at the 2013 Academy Awards. More recently, Anna completed Alfonso Cuarón’s period drama Roma about a year in the life of a middle-class family living in 1970s Mexico City. She was nominated for an Ariel Award for Best Costume Design, and the film won numerous accolades, including Best Foreign Language Film, Best Achievement in Cinematography and Directing at the Academy Awards. Anna also worked on Bayoneta last year and received another Ariel Award nomination for her costumes on that film as well.  In addition, Anna designed two seasons of the critically acclaimed HBO series The Deuce, starring James Franco and Maggie Gyllenhaal. Her outstanding work was featured in several publications, including New York Times, and the first two episodes of Season 1 premiered at the Toronto International Film Festival in 2017.  Anna recently finished designing the period television series Barkskins, based on the New York Times bestselling novel from Pulitzer-winner Annie Proulx, which Scott Rudin produced for National Geographic. She spoke to Flickering Myth’s Tai Freligh about costume design for Barkskins as well as costume design post-COVID 19 and future projects. 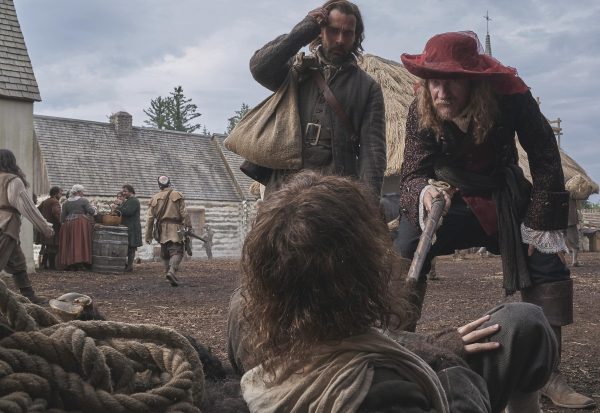 Describe what the show Barkskins is about?

It’s about colonialism; the process of how European countries such as France, England, Holland colonized a continent where other groups of people already lived. It shows the personalities of people from the different economic, social and cultural aspects. It also portrays the confrontation with the original First Nations and the colonizers.

Was there a theme or direction you were given by the director or the writers in terms of costuming for this show?

Truly the writer and the director gave us a lot of freedom when it came to the costumes. They were familiar with my work and trusted my vision. They wanted to make it as historically accurate as possible, but also make it cool and rock and roll and interesting.

When designing the costumes, what influences and/or historical references did you use?

For this project, we looked at many paintings of the era of the 1690s — right before, during and after— to get the sense of feeling through color and texture. Then worked really close with a costume historian to narrow down the silhouettes and really discover the clothing shapes of our period.

As with all my projects, I get very influenced by artists from all eras, and other films and filmmakers. So we went from looking at paintings by Vermeer, Rembrandt to photographs of Jimi Hendrix to films like The Witch. 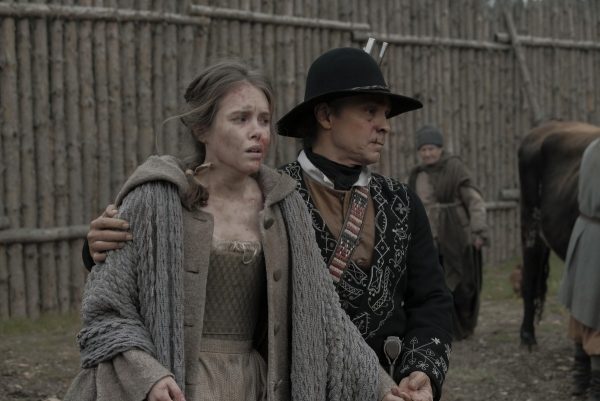 Were costumes designed for particular characters or were they designed with the actor or actress playing them or a bit of both?

Most of the time Costume Designers start prepping a project with only a few characters actually being cast. So we start with breaking down the script and trying to understand with the writer or director who the characters are. Then we work towards how their costume reflects who they are. All usually before meeting or knowing who the actual actor is! Then, once we get casting, some things might be tweaked or changed a little to better fit the actor.

And of course what an actor has to say about their character or ideas they have lends to our decisions with their costumes as well.

How much leeway were you given creatively speaking when coming up with the overall costuming look to the series?

A lot of leeway! There were some characters that we needed a bit of help in understanding who they were which in that case we spoke to the writer or director, but for the most part we were left to have fun and create!

Do you have a philosophy when it comes to costume design?

I suppose an unconscious philosophy I have would be just go with your instinct and have fun. Just to make amazing art through film. 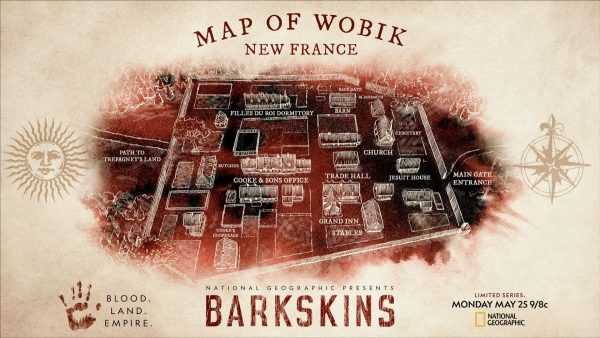 How important is costuming to a historical show like Barkskins?

It is so important, and can be very stressful! How else will your audience know where we are if it weren’t for the costumes, production design and hair and makeup? It was very important for us to honor the time period with historically accurate costumes because we were also shooting where all of this real history actually happened. We were speaking to experts and historians so we really had a duty to make them proud.

Is there any difference in your mind when doing costume design for a foreign language film or show versus an American one?

Not really. The costumes always come from the character and the story and language I don’t think plays a particular part unless it’s reflective on who a specific character is. A film is it’s own world, wherever and whenever it is.

Do you think there will be a difference in how costuming is done moving forward post-COVID 19?

There is still so much unknown with what life and work will be like in the future. I think as long as we are all communicating about how to keep ourselves and each other safe, we will do anything we have to make sure that happens.

Before the Pandemic, I was working on another period television series for Amazon about 200 years before Barkskins. It’s called Mexica and is about the Spanish conquistadors landing in Mexico and overtaking Moctezuma. Insane true story and features Javier Bardem as Hernan Cortes. 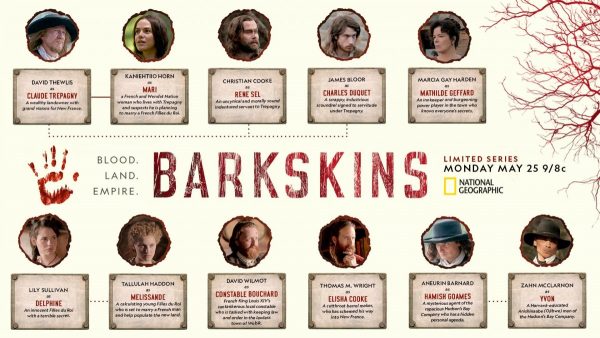 I have always wanted to design a Zombie film…so I guess I will be the first one joining them and fight by their side to learn everything about them.

If not costume design, what would your career be?

I would’ve loved to be a singer…but I just sing in the shower for everyone peace of mind!

Favourite actor or actress that you have worked with?

I can’t just name one.

Is there a standout movie or show from the last few years in your mind that knocked costuming out of the park?

A lot of them!

Many amazing directors that I have worked with and thankful to all of them. 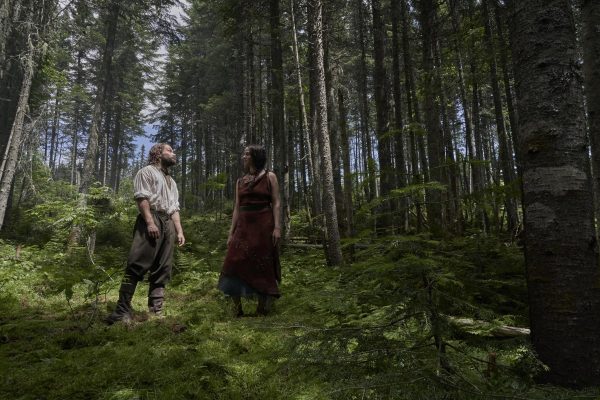 The show will premiere in the U.S. on Memorial Day (May 25).

We thank Anna for taking the time to chat with us.  She can be found on IMDb.