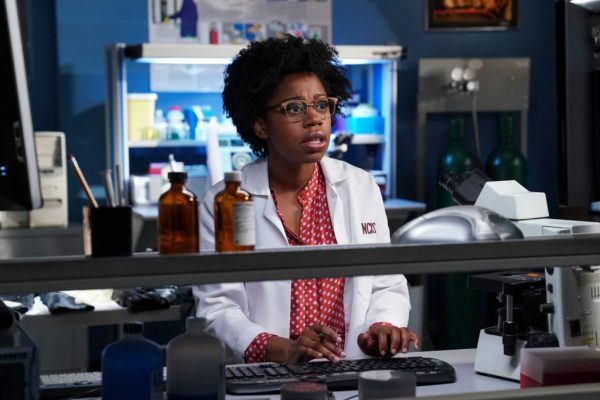 Naval Criminal Investigative Service also known as NCIS has been on television since 2003. The series follows a group of professional experts who solve criminal cases that include complex murder cases to terrorism that are connected to Navy and Marine Corps personnel. It’s a crime and political drama series that uses realism in its science-fiction storytelling.

Diona Reasonover who stars as Kasie Hines plays a quirky forensic scientist on the Major Case Response Team. Kasie replaced Abigail Sciuto, bringing her own personality and flavor to the team. In this exclusive interview, Reasonover talks about her comedian background and how costume designer Rachel Good gives her character the best pants.

How does it feel to play a forensic scientist on NCIS?

Well, Kasie is written really well and I get to work with Mark Harmon. It’s good TV and plus I’m really cute I get to wear cute pants. I have a Mae Jemison poster around for inspiration. Kasie is really smart and naturally cool and I enjoy playing her. I get the opportunity to play this really smart and brilliant scientist who is dedicated to her job.

How do you make a character like Kasie Hines seem so cool especially with your comedy background?

It’s all in the writing you know. I really wish someone would write my real life like that. She’s smart and she really knows her stuff. I think the comedy brings realism to it. Comedy gets people to unite and Kasie even with her one-liners brings life to everyone around her.

Do you enjoy science fiction or horror?

I am a screamer! I don’t like being scared. I don’t even like the sight of blood. 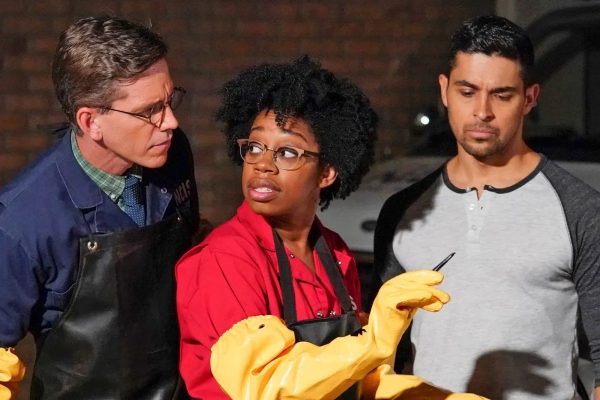 What are some ideal roles you’d like to play?

Honestly, I’d like to continue to play Kasie Hines. I know it sounds weird but the way the writers have written her on the show makes it a natural fit for me.

What’s been one of your favorite episodes so far on the series?

“Institutionalized”. The episode is so beautifully written that we get to see more sides of Kasie. We know that Kasie is smart but to be able to see how situations affect her personally as well as professionally gives her character more layers and dimensions. She also gets a chance to get her hands a little dirty which is a different pace for her.

Since we are all in the house more these days, what do you find yourself watching and binging these days?

Being from Detroit, how have you adjusted to the California lifestyle?

You know, most of the people I have met in Los Angeles are from the Midwest and not a lot of people know that. Everywhere I go and almost everyone I meet all seems to be from the Midwest so it feels like I am back home.

Since you said you really enjoyed She-Ra, do you see yourself venturing into voiceover work?

Absolutely! Voiceover work is great and I’d love to be part of an animated series.

Many thanks to Diona Reasonover for taking the time for this interview.