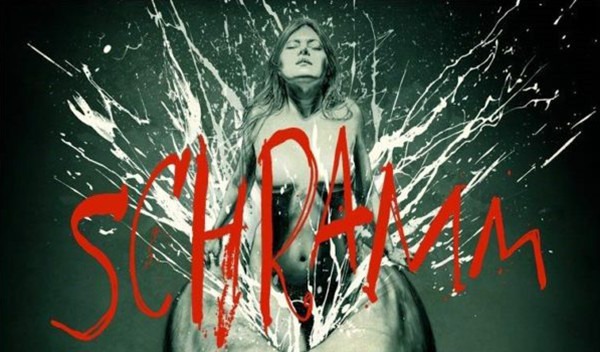 A look inside the mind of a serial killer from the controversial director of Nekromantik. 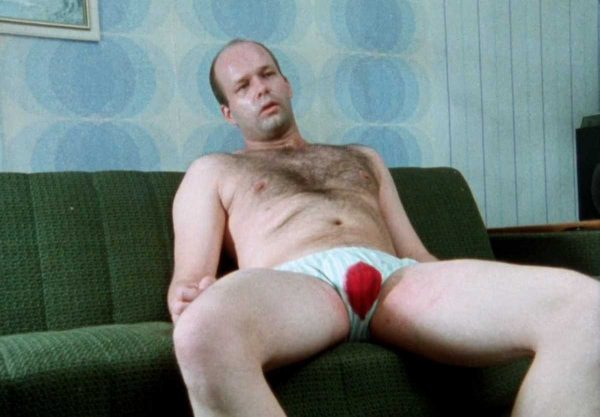 So Schramm is a film that examines the psyche of a serial killer and was made by Jörg Buttgereit, the filmmaker behind such cinematic gems as Nekromantik, Nekromantik 2 and the cheerful Der Todesking – how disturbing could it be? Well, the short answer to that is ‘very’, as you would expect, but unlike his more notorious movies Schramm doesn’t quite go the whole way -as it were – and leaves a little bit to your imagination, which is probably more terrifying than having it all laid out for you to watch.

What is more like Jörg Buttgereit’s other movies is that there is not much of a story to speak of. The original subtitle for Schramm is Into the Mind of a Serial Killer and that is exactly what you get as lead character Lothar Schramm (Florian Koerner von Gustorf, who made a brief appearance in Nekromantik 2 and is also the drummer in German band Mutter) is laying, presumably unconscious and dying, in a pool of blood and paint. Buttgereit’s camera then closes in as we enter Schramm’s psyche for a journey through madness to show us how we got to this point. 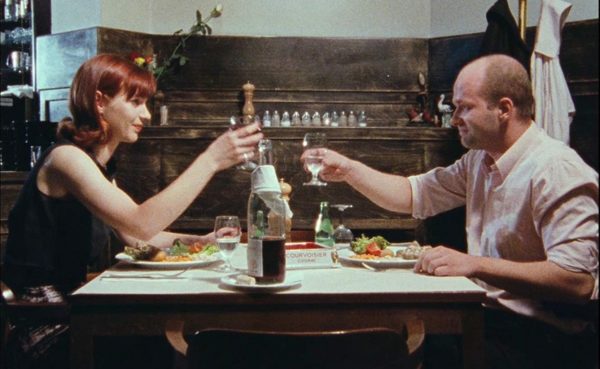 And what we get is a portrait of a man with issues against women predominantly – Jörg Buttgereit is a self-confessed ‘fan’ (his words in one of the special features interviews) of Ed Gein, the real-life inspiration behind Lothar Schramm as well as Norman Bates, Hannibal Lecter and Leatherface – but Lothar doesn’t discriminate as he kills pretty much everyone he comes into contact with, regardless of gender, and he kills in spectacularly gruesome fashion but it is what he does between murders that is more interesting as Jörg Buttgereit wants to go deeper than just stabbing victims for bloodlust. For not only do we get to see him brutally kill but we get some very disturbing shots of what he does with the bodies after he is done taking their lives, and occasionally what he does to himself whilst standing over them, giving us a fuller picture of a psychopath than just an actor with calm voice and a bit of make-up – it is unlikely that Anthony Hopkins would be up for doing some of the stuff that Florian Koerner von Gustorf does to himself and his (hopefully) prosthetic penis.

Schramm is a short film that clocks in at a trim 65 minutes and so on the latest Arrow Video release they have crammed in some juicy extras to bulk up the package, so to speak. The most interesting of these is Tomorrow I Will Be Dirt, an exclusive animated short sequel to the main movie created by stop-motion artist Robert Morgan, and this doesn’t scrimp on the gore as we get to see what happens to Lothar after the credits of Schramm have rolled, a bit like an episode of Morph gone through a Jörg Buttgereit filter to create a surreal nightmare. There are also archive audio commentaries from Jörg Buttgereit and co-writer Franz Rodenkirchen, actors Florian Koerner von Gustorf and Monika M., archival ‘making-of’ featurette, Jörg Buttgereit in conversation, a look at one of the movie’s more odd effects props and some Jörg Buttgereit short films. As this is a Limited Edition set you also get the creepy soundtrack on CD, postcards, digipak box featuring exclusive new artwork and a 60-page book featuring new writing from Virginie Selavy and Graham Rae, so you do get your money’s worth when it comes to content. As with the HD versions of Nekromantik and Der Todesking, don’t go expecting super-slick visuals as Schramm is still as gritty and grimy as those movies, and the clean-up doesn’t help the low-rent but still effective gags (check out the eye gouging scene for some proper Mr. Potato Head-like props), but given the off-kilter nature of the story it still works. 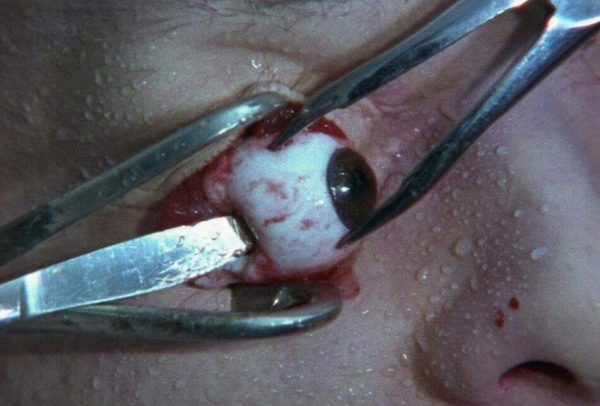 As you would expect, Schramm is not a comfortable watch but it is less visually shocking than Nekromantik and not quite as depressing as Der Todesking, although on a technical level it probably sits between the two, but would probably be a better introduction to the works of Jörg Buttgereit than any of those movies. It isn’t exactly a date movie and is a far cry from the glossy studio production of Silence of the Lambs if you were inclined to line up a marathon of serial killer movies but you could pair it up with the likes of Henry: Portrait of a Serial Killer, Jim Van Bebber’s The Manson Family or William Lustig’s Maniac for some seriously dirty and disturbing viewing, although you’ll probably need a damn good shower afterwards.