Recently, film franchises or beloved movies are receiving sequels or remakes to bring the classics back for a newer audience including Ghostbusters, The Matrix and Top Gun – to name a few. However, one franchise that has yet to receive this treatment is Harry Potter (not including the Fantastic Beasts prequel series) and according to Lucius Malfoy actor Jason Isaacs, he is not eager for the eight films to be remade. 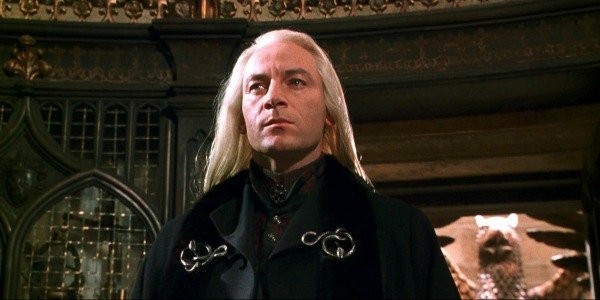 In a recent interview with ComicBook.com, Isaacs stated that he believes the Harry Potter movies were “perfectly made at the perfect time” and would have a difficult time coming to terms with remaking them.

“First of all, franchise is a word we apply to people who sell hamburgers in different places and make sure they taste the same and that the fries are cooked for the same length of time or, you know, Starbucks, or, I don’t know Staples or something,” Isaacs said. “So [the Harry Potter movies are] seven brilliant books that turned into, that were made into eight brilliant movies. Do I think anyone should remake them? As much as I think anyone should remake The Godfather or Some Like it Hot, or anything that was brilliant. I thought they were perfectly made at the perfect time by the perfect people, and that it would be insanity to remake them.”

SEE ALSO: Daniel Radcliffe reveals he has no interest in returning as Harry Potter at the moment

For now, it doesn’t look like J.K. Rowling and Warner Bros. has any plans to revisit the Harry Potter saga as of yet but that doesn’t mean they won’t make the decision to revisit this story in the future.

Do you agree with Jason Isaacs? Do you think Harry Potter will be or should be remade for a newer audience? Let us know in the comments below or tweet us @flickeringmyth…