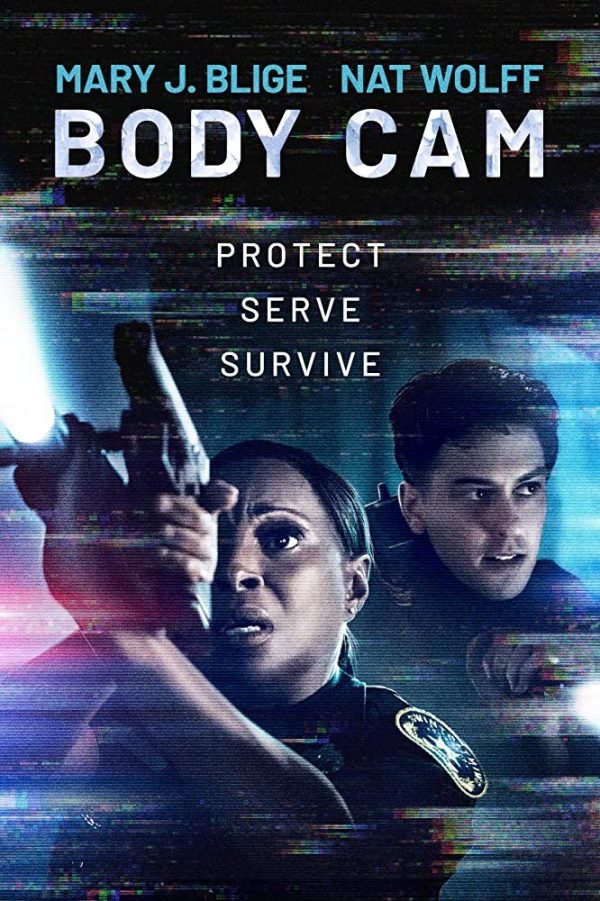 When a routine traffic stop results in the unexplained, grisly death of her colleague, a cop (Mary J. Blige) realizes footage of the incident will play for her eyes only. As the attacks mount, she races to understand the supernatural force behind them. 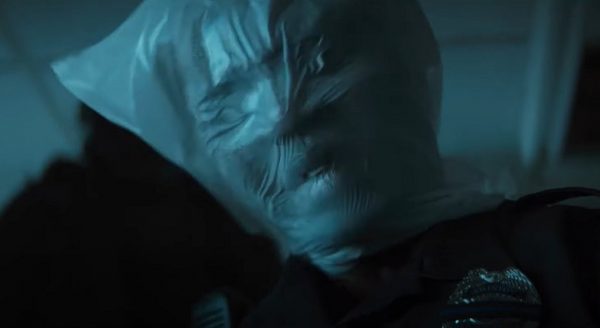 Body Cam begins with some fictional restaurant TV footage of an all too familiar real-world scenario; the death of an unarmed black child by police gun violence. Director Malik Vitthal (using a story and script from Nicholas McCarthy and Richmond Riedel) also has an intriguing concept; take such authentic horror and turn it over on its head into an actual horror movie that asks what would happen if one of those innocent victims haunted his wrongdoers as a vengeful supernatural entity.

Mary J. Blige stars as Renee, a middle-aged police officer desperately pleading to return to active duty following coping with the tragic swimming-related death of her young child. Still struggling with the trauma, she has developed a recent habit of getting physical with those that either make light of her situation or disrespect her profession (the neighborhood Body Cam takes place in is predominantly filled with minorities that don’t really have much respect for the law, which also happens to have a decent number of minorities patrolling the streets).

Nevertheless, she is given the go-ahead to take up a shift alongside rookie officer Danny (Nat Wolff), where, after a few hours on the night prowl, they receive a dispatch to check out a situation regarding one of their fellow cops, only to find no remains aside from teeth. Renee does indeed check out some of the body camera footage (which unfortunately feels like a gimmick more than anything here), only to discover that only she can see the contents. Basically, a cop was investigating a van containing an untidy looking woman, only for a malevolent specter to invisibly and violently murder the officer. 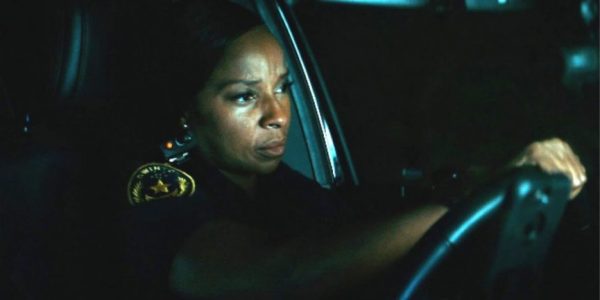 This takes the partners on a path of looking into more leads, uncovering corruption within the police district (duh), and the discovery that the aforementioned woman has also lost a young child tragically too soon, lending a spiritual connection between mothers and the sons that might be shielding them from the afterlife. Disappointingly, that connection never manifests into anything emotionally engaging.

Instead, much of Body Cam is a slog that sees these two slowly walking through dilapidated buildings and looking through objects to unearth a greater sense of what is going on. There is a brief reprieve from lame jump scares and sleuthing during a liquor store sequence that sees a couple of degenerates making a mess of the store and robbing it, only for some police officers to also get involved which then leads to a mass bloodbath at the ghoulish power of the entity. There is some give-and-take, as the entity itself looks fairly ridiculous with little budget (it’s to the point where it makes more sense to just not show the ghost at all), whereas the mutilations of bodies appear effectively gnarly. 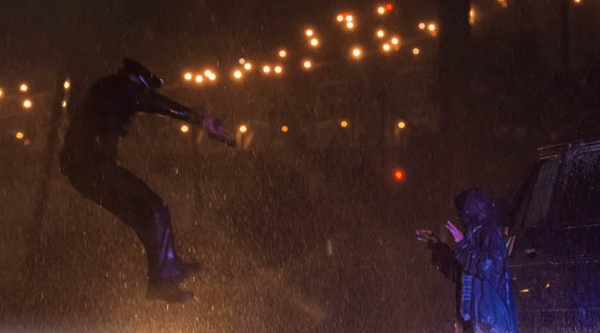 The concept is intriguing and the violence is definitely pleasing, but Body Cam doesn’t go far enough with its racial and political subtext, severely shortchanging the power of its story. There’s not much insight into the life of Renee or the mental pain she has been dealing with following the loss of a child (the same goes for the mysterious woman on the run), and Mary J. Blige, while a competent actor and incredible singer (she does get to perform a somber song over the end credits) just isn’t able to carry the dramatic weight the narrative is clearly going for. Nat Wolff’s Danny also has about as much personality as a cardboard box, obviously not helping matters. The idea is clever, the kills are joyously twisted, but everything in between bores and grinds Body Cam to a halt. It’s only 97 minutes, but there’s still plenty of video that could be trimmed from this footage.