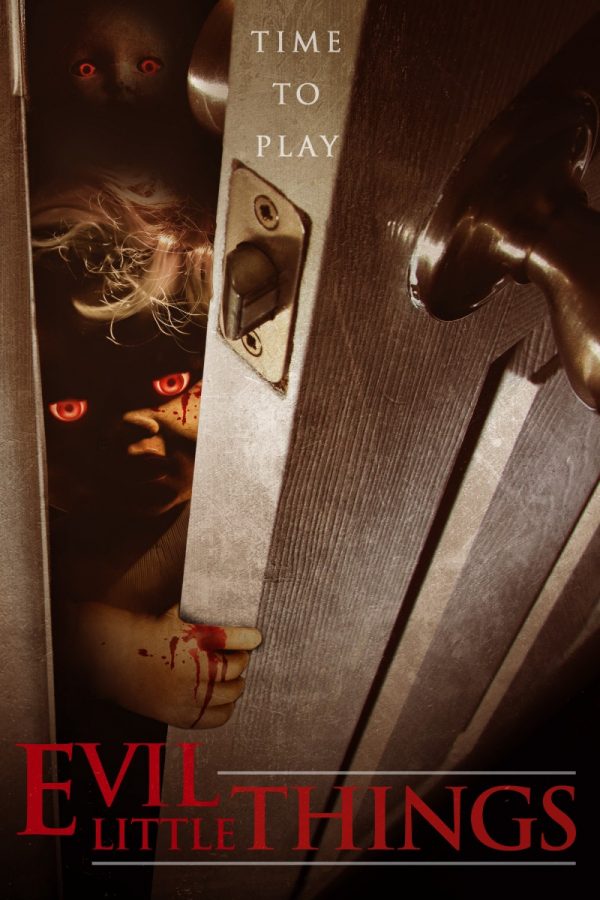 A young boy finds a mystical toymaker with stories to tell. The first is of a leprechaun seeking revenge on a defenseless family. The second is of a doll who works evil on her fragile owner. The toymaker gives the boy a clown named Giggles. Clowns are supposed to be the guardians of happiness, right? These Evil Little Things will cause you many sleepless nights. 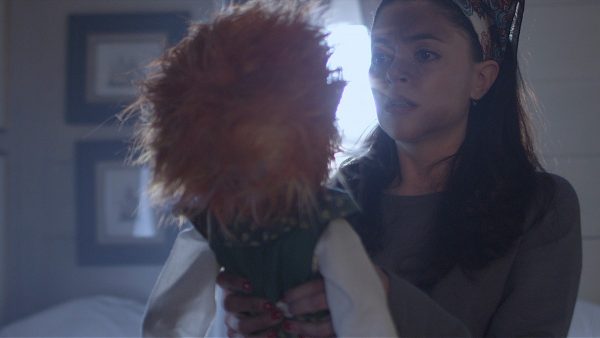 Matt Green’s Evil Little Things steps to the plate with three anthological chances to hit “creepy dolly horror” out of the park, but whiffs every time like a blind designated hitter. You’ve no doubt witnessed more proficient puppetry in pre-school assemblies. To even classify Patrick, Patty, and Giggles’ knee-high exploits as “horror” or an “anthology” requires irresponsibly lax interpretations of both signifiers. “Evil Little Things?” More like “Whipped Up From Craft Store Clearance Shelf Materials…Little Things.” Any laughs are assuredly at the production’s expense, still fewer and farther between than even the worst Puppet Master sequels.

Writers Yasmin Bakhtiari and Nancy Knight pen a trio of “terrifying” tales, all introduced by an elderly doll maker (Geoff McKnight). Patrick O’Malley, an orange-haired leprechaun, hunts down his stolen treasure. An American-girl from the 1800s named Patty shares an obsessive connection with her owner, which ends in heartbreak for all parties. Giggles the Clown, well, is a clown. That’s all we get. Three trash-heap dummies worse for wear, nowhere as scary as Green intends.

Never, for a second, does Evil Little Things impress via its toy chest premise. Piss-pitiful puppetry would make Charles Lee Ray blush, and even cause the digitized Chucky from 2019’s Child’s Play remake to roll its CG’ed eyes. When dolls “freely move,” only half of their figure can be seen in-frame because a hand is wiggling the other half to simulate motion like we’re a toddler being distracted with a squeaky plaything. Animatronic mechanics do not exist. Patrick’s or Patty’s mouth is rubberized and clearly shows where fingers cause lips to wriggle in a baffling display of inexcusable effects. Your movie is titled “Evil Little Things.” Maybe ensure villains are up to snuff before shooting with glorified paperweights? 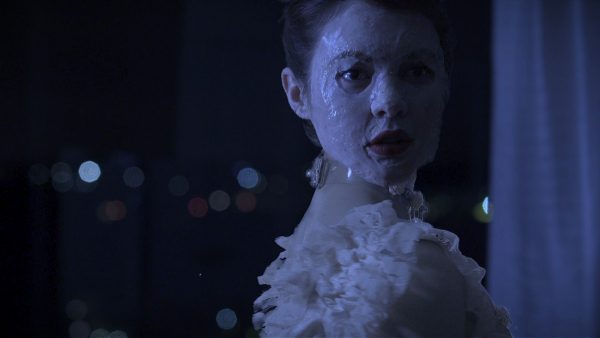 Worse off, Evil Little Things favors haphazard editing and atrocious sound design that rarely synchronizes. Musical cues don’t blend into footage cuts, so when scenes shift or advance, soundtrack insertions abruptly skip ahead or crash into a wall of silence. It’s almost as if video and audio files couldn’t be separated, so editors just cut them both together despite damaging qualities. Then again, we’re critiquing a product that couldn’t correctly light the same hotel room between different camera angles during a continued conversation. Brightness blinds or dims with every angular reposition, which only further quantifies the entire project’s technical inefficiencies. Not even capable of securing rights on refrigerated drinks clearly in a Gatorade bottle with the label removed.

Shall we address each doll’s spotlight narrative, two of which comprise ninety percent of Evil Little Thing‘s duration? Giggles merely serves as the wrap-around finisher.

Enter Patrick, whose backstory traces before the San Francisco gold rush. Jessica (Hannah Fierman) holds a gold coin Patrick desires, so the entity invades her household while daughter and son are distracted by trick ‘r treating on Halloween. Countless sequences linger on Jessica’s ineffective attempts to keep a dishtowel over Patrick’s unsettling face, after she no-questions-asked whisks the doll inside off her doorstep (no evidence, no reason). Jessica’s character arc offers zero performative opportunities outside of shock whenever Patrick isn’t where she last places him, as the “leprechaun and mouse” game plays out exactly as you’d expect (not a positive takeaway). 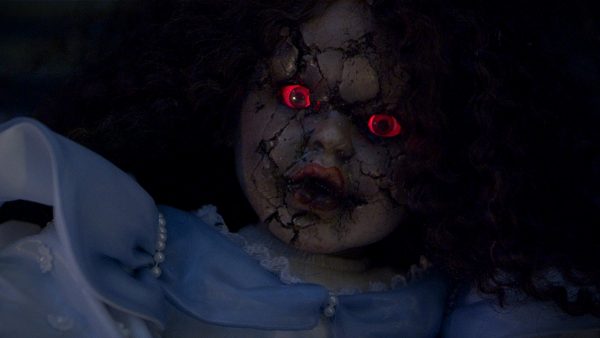 Fireman, playing a dumbfounding woman who doesn’t question the unexplained, fights a green-vested prop for one single minute when threats “heighten” (by the film’s low-bar standards). Otherwise? It’s an exposition-scant dive into blank gazes, a bored mother meandering around her empty house, and dialogue written by a middle schooler who imagines adulthood conversations from an unlearned perspective. Also, how can two children and two women put down fourteen slices of pizza? THESE ARE THE QUESTIONS THAT DEMAND ANSWERS.

The “horror” here is a speaking ghost doll who controls its human “owner” and refuses to let go when some hot male temptation enters Abby’s romantic picture. Poor Courtney Lakin has to argue with an emotionless figurine as supporting characters gaze on in disbelief, until a third act that steals from Child’s Play and boasts the worst Exorcist-inspired head rotation ever put to screen. Part of me wants to commend Lakin for committing to the story’s living undead bit. That part is substantially outweighed by my immense hatred for Patty’s mood-killing voice. 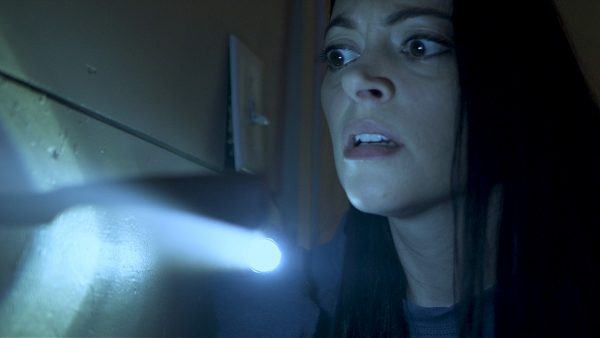 Which brings us to Giggles, a plushy clown who stands for the “preservation of happiness.” Mr. Doll Maker is sure to passionately remind viewers how clowns earned a bad reputation after Poltergeist, and that shopper Jason (Mason Wells) would be well protected by Giggles—protected from who, you ask? Zach Galligan in a child-beating stepfather role, who rips off his belt for beatin’ purposes whenever Jason calls out for his mother to complete her nightly “monster” check. Galligan is unconvincing, miscast, and only present for threeish minutes of screentime – which also, hilariously, is about the runtime of Giggles’ finale to Evil Little Things. Giggles’ moment is just a moment, without any development past “what if Giggles ate Zach Galligan?” In with a whimper, out with, um, and even weaker whimper?