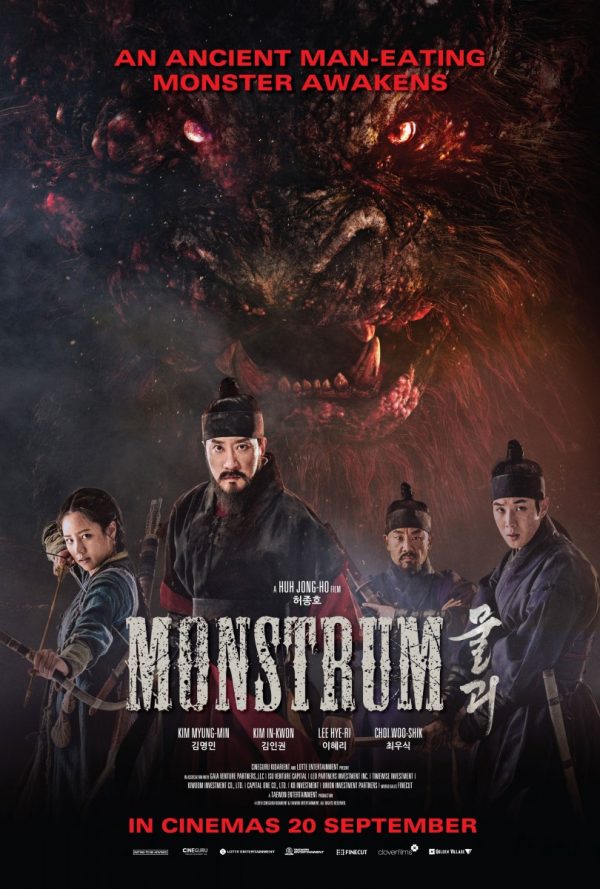 Yoon-gyeom is a loyal subject of King Jungjong of Joseon. He struggles to fight against a monster that threatens King Jungjong’s life and a group of people trying to depose King Jungjong. 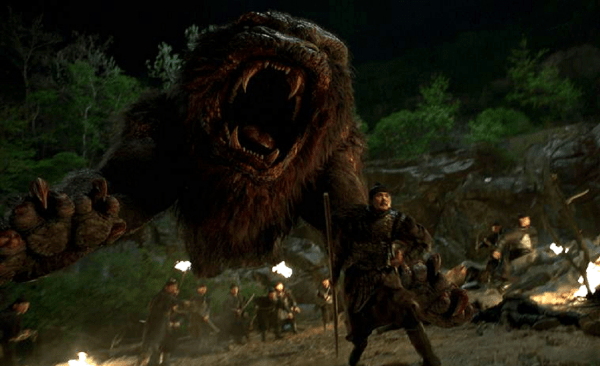 There is no such thing as a bad creature-feature creature, just bad creature-feature creature owners. Jong-ho Huh’s Monstrum will be no exception to this rule. When humanity fails innocence and corrupts something inherently good, like a South Korean mystical creature named “Sparkles” (omfg), I’m all for chewed-up corpses and gnashing fangs. Humans are vile beings who deserve whatever retribution comes in gigantic bulldog-dragon-feline form, ESPECIALLY WHEN – nope, hold on. It’s too early for a tirade against man’s savage downfalls. Let’s advance on the confirmation that Monstrum amicably blends ferocious folklore with city-threatening “animals” with martial arts madness.

Yoon-gyeom (Myung-Min Kim) serves under King Jungjong of Joseon (Hee-soon Park). After an advisory betrayal causes mass innocent casualties, Yoon-gyeom flees to the countryside with loyal companion Seong-han (In-kwon Kim). Years later, Yoon-gyeom springs back into duty when King Jungjong requests his most trusted military general to hunt Mount Inwangsan’s fabled and free-roaming “Monstrum.” It’s big, it’s deadly, and threatens the throne should its carried plague spread throughout territories. The catch is, a double-cross is afoot since no one believes Monstrum exists. Jokes on them, because Monstrum is very real and very hungry.

What I love about this Monster Hunter meets Dynasty Warriors “gameplay” is how compatibly creature defenses blend with sword-to-sword combat. At any given moment, Monstrum may burst into a room filled with Tiger Army platoons already cutting down King Jungjong’s Royal Guard. Skirmish sequences don’t skimp on South Korean majesty when it comes to energetic choreography between fighter vs. monstrosity or fighter vs. trained assassin. Neither style of excitement interrupts one another nor jostles momentum to suggest Jong-ho Huh lacks control over period-perfect warfare of all varieties. Truthfully, I could have watched Monstrum devour eleventy billion more backstabbing officials and corrupt soldiers partly because justice is divine, alternatively because sweet-and-swift combos define intensive melees. 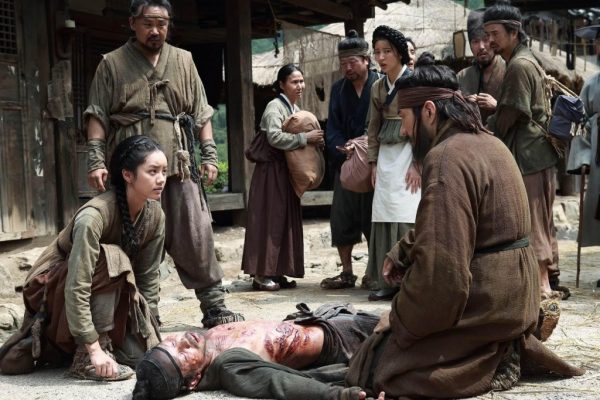 It’s with the reality of feudal poverty and zero technological advancements that Monstrum honors its early-centuries backdrop. Stakes are elevated since Yoon-gyeom only brandishes cold steel in the face of a boil-ridden beast whose blood can spread infection through a mere ingested droplet. The artistry of katana duels and fleet-of-foot escapes ensures one constant during Yoon-gyeom’s journey: Monstrum’s adversarial status is dominant. Even better, there’s so much satisfaction whenever Monstrum catches turncoats mid-defiance and their gobsmacked reactions turn to “well, shit” acceptance as devil-doggy charges forward with rage. Revenge is heaped onto a silver platter, at least where treacherous mutiny is concerned.

South Korean cinema frequently injects humor and lightheartedness into even their meatiest genre fare, exemplified by the comradery between Yoon-gyeom and Seong-han. Upon introductions, they’re trackers who find themselves dangling upsidedown by their own snare traps. In a matter of scenes, they’re revealed as the state’s most competent warriors but still prefer their latter-age sense of brotherhood buffoonery. Seong-han always quips a silly rebuttal or complaint about bland meals or exhausted gripe as he wields Roger Murtaugh’s “I’m too old for this…” vibe with genuine endearment. Confidence charms and charisma shines. Same for Yoon-gyeom’s daughter Myeong (Hyeri Lee), their sneaky-deadly “trainee,” and her tagalong lawman crush, Heo (Woo-sik Choi). The foursome combats classism, tangles with eunuchs, and chases a demon-pooch with dangers afoot yet lovability at arm’s length. Heroes who entertain, overperform, and earn their cheers.

Of course, you’re here for “Sparkles.” I’m not joking. The storybook super-critter rampaging through a kingdom’s boundaries started out as an omg-I-want-to-cuddle pup caged by a ruthless owner (eventually forced to feed on diseased corpses). In a worse movie, Sparkles would be nothing but a primal predator with eyes pointed at meals. In Monstrum, you care about the titular “nightmare” boogeything who almost chokes-out unfortunate pursuers with its noxious flatulence (d’aw). Empathy comes naturally as it’s not Sparkles’ fault for enduring a life full of punishment. Sparkles’ evolution into “Monstrum” is tragic and ponders our connection to Mother Earth’s countless children; fantasy mongrels and all. Respect begets respect, compassion rewards kindness. Hatred, manipulation, and egotism? That’s how you nurture a Monstrum. 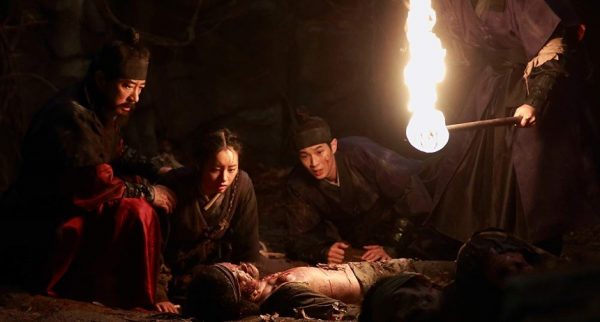 When I cite films that deliver “the total package,” Monstrum will be a new addition to my list. Transformative Joseon costumes and towering palace staircases provide a prime setting for outrageous beliefs plus succinctly acrobatic swordplay. Action beats mix the gory brutality of Monstrum’s chew-toy habits with Yoon-gyeom’s adventurous exploits that are very stabby and doubly engaging. Monstrum? Completely computerized but grandiose in presence, cuddleable at its core, and downright unrelenting as evil men are torn to shreds by claws, incisors, and jagged objects. Jong-ho Huh gives me everything I could want from a 1500s creature feature set on a noble stage and humble themes, especially once Monstrum provides us with a taste of sweet, sanguine karma.