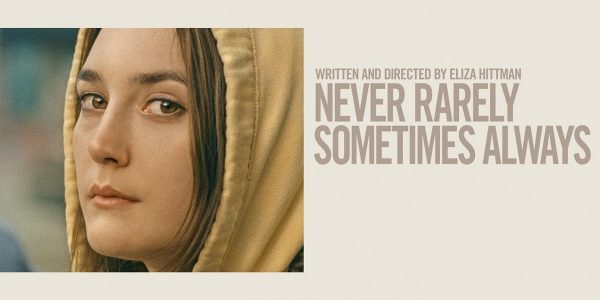 A teenage girl and her cousin travel from small-town Pennsylvania to New York City in order for her to have an abortion. 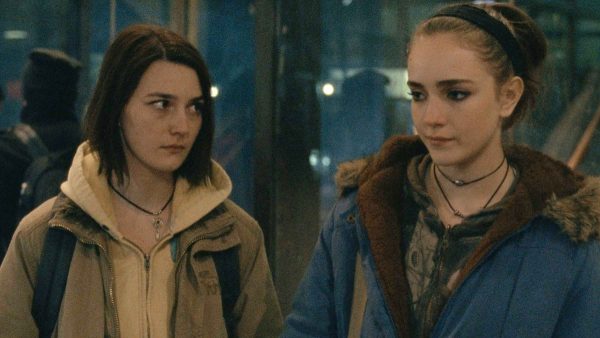 If there has been a winner of the dearth of movie releases in the pandemic era, it’s not Universal and the Trolls franchise, it’s female filmmakers. Kitty Green’s fantastic The Assistant was seen by more eyes than would’ve splashed out on a cinema trip and Celine Sciamma’s Portrait of a Lady on Fire has had a social media-elevated run of success since its video-on-demand release. The latest director to benefit from this enhanced spotlight is Eliza Hittman and her quietly powerful Never Rarely Sometimes Always, released off the back of rave reviews at Sundance back in January.

First-time movie actor Sidney Flanigan stars as Autumn, whom we meet visibly shaken, mid-song by a heckle of “slut” from the audience at a school talent show. She’s become withdrawn and introverted of late and it soon transpires that this is because she has fallen pregnant. A trip to a clinic in her small Philadelphia town yields only a judgemental pro-life video (“Are you abortion-minded?” she is asked) and so she turns further afield, recruiting cousin Skylar (Talia Ryder) for a bus trip to New York City, where they fall foul of bureaucracy, the flaws of the American healthcare system and toxicity towards women.

The inherent misogyny and power imbalance between genders all over the world has proven fertile ground for cinema this year – see: the aforementioned The Assistant – and Hittman’s movie delivers a nuanced, unsettling portrait of that issue. This isn’t a world of snarling predators and on-screen abuse, but it is one in which micro-aggressions are a constantly humming noise of darkness and the feelings of women are subtly undermined at every turn. 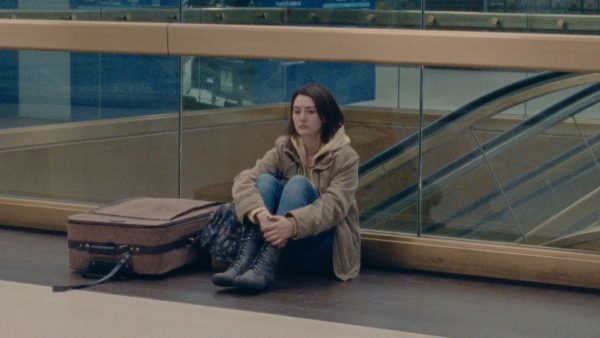 Flanigan’s performance is delightfully modulated, with Hittman frequently deploying close-ups that force the audience into Autumn’s shoes. The scene that gives the movie its title, in which Autumn meets with a specialist – played by real-life counsellor Kelly Chapman – unfolds over a single, unbroken take in which the camera holds on Flanigan’s increasingly distressed face as she answers a run of personal questions with the responses: never, rarely, sometimes or always. It’s a startling portrait of the difficulties faced by young women, carried almost entirely via the expressiveness of Flanigan’s face – just as in her shocked expression when she is handed the bill.

Ryder, too, delivers a terrific performance, most notably in her relationship with an archetypal “nice guy” (Théodore Pellerin) who makes advances towards her during the bus ride. Pellerin, who was tremendously raw in the underseen drama Never Steady, Never Still, is controlled to perfection here as a man who, perhaps unwittingly, embodies exactly the sort of society that makes life so difficult for Autumn and Skylar. Later scenes in which he reconnects with the girls bristle with unease and danger, based entirely on what is not said.

And that is, in many ways, the heart of the unusual power of Never Rarely Sometimes Always. Hittman has the courage to allow much of her story to unfold through gesture and through implication, with a simple grasp of the hand providing perhaps the most potent moment of sisterhood in the entire movie. Hittman chooses a chilly colour palette, too, eschewing the warmth and brightness that is so often present in cinematic depictions of New York. There’s no such wide-eyed comfort for these characters. 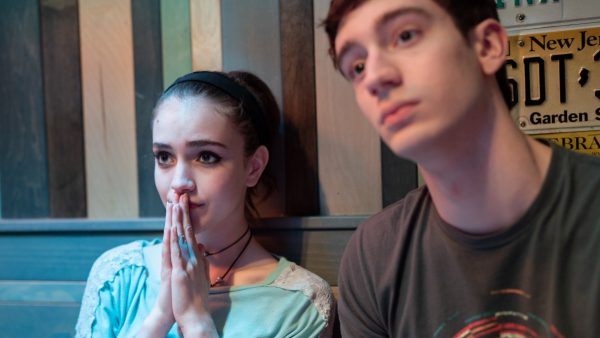 There’s no denying that Never Rarely Sometimes Always is a tough watch, with its raw portrayal of a young woman struggling for control hitting hard with viewers of any age and level of privilege. It doesn’t pull punches in its approach to either toxic masculinity or the inequalities inherent within the American healthcare system, but it wields its hammer with a subtlety and flair that prevents it from ever becoming a schmaltzy “issues movie”. This is a complex and potent story told by a filmmaker who is absolutely certain of her vision and able to communicate it in style.