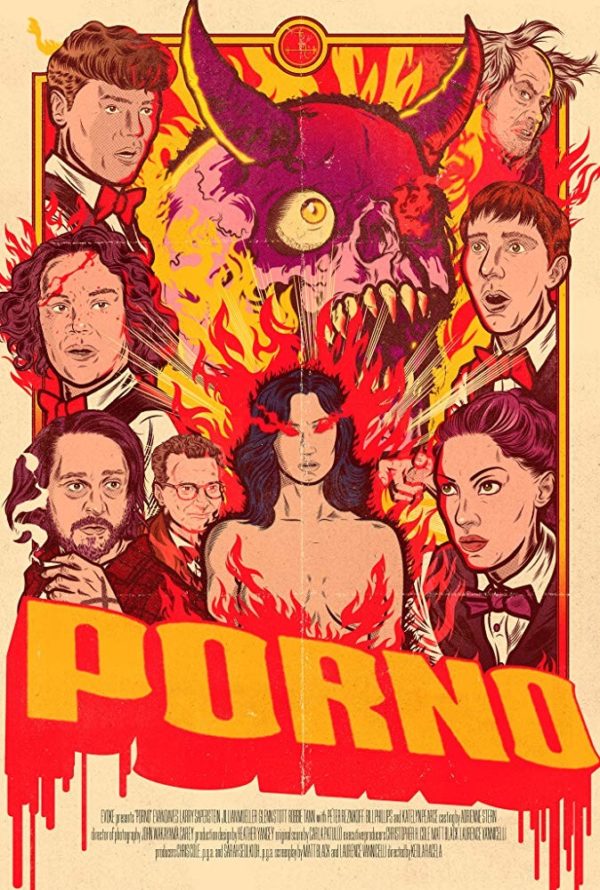 When five teen employees at the local movie theater in a small Christian town discover a mysterious old film hidden in it’s basement, they unleash an alluring succubus who gives them a sex education… written in blood.

Keola Racela’s feature debut collides The Evil Dead with Last Action Hero in a by turns kaleidoscopic and juvenile light-horror romp that’s at its best when gleefully lampooning repressed sexuality.

A gang of young teens working at a cinema in a sleepy Christian town find their mettle – and their hormones – put to the test when they decide to screen a dusty old art-porn film they discover in the basement, unleashing a sexy succubus (Katelyn Pearce) keen to drain their souls through their genitals. 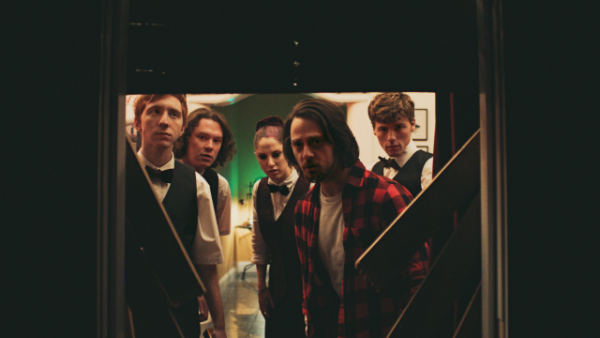 But what really makes the film work at its core is the hilarious central conceit, that a group of repressed Christian horndogs find themselves doggedly pursued by a beautiful – and frequently nude – woman. What the film lacks in tension or truly pithy one-liners it compensates for with both its send-up of sex-negativity and a style that frequently lurches into the hallucinogenic.

Once the kids start watching the cursed film, things pick up considerably, with Racela rustling up some genuinely hypnotic imagery that doesn’t feel a million miles away from a Guy Maddin joint. The various stalker scenarios aren’t terribly exciting or interesting, however, at least until they conclude with one of the poor saps having their penis ripped off or, in one case, their testicles exploded into pulp.

Some may be ultimately disappointed that a film with such a blatantly anarchic title doesn’t take its surprisingly spare gore further, but what we get is certainly squirm-inducing enough, and sure to bring the house down at midnight screenings and frat parties from now until the end of time. 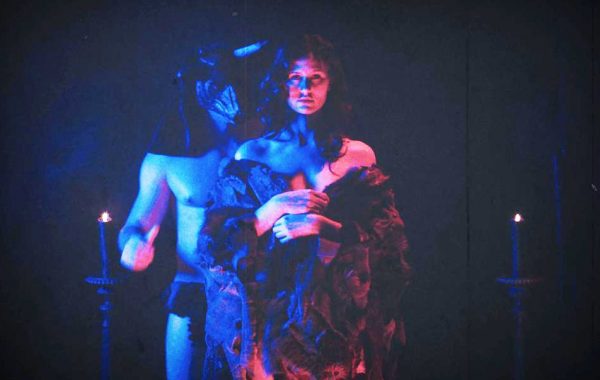 But when even a pair of exploded bollocks aren’t enough to maintain interest, the ensemble cast does fine work across the board, especially Robbie Tann as the justifiably cantankerous college dropout-turned-projectionist who has to try and babysit these dumb kids through the whole ordeal. The rest of the cast chews threw the occasionally excessive teen drama with solid aplomb, doing their absolute best to sell even the more tepid jokes and one-liners.

Though not fully exploiting its hormone-soaked premise, Porno‘s appealing cast and Racela’s smart use of a single location make for a scrappy spin on familiar material.