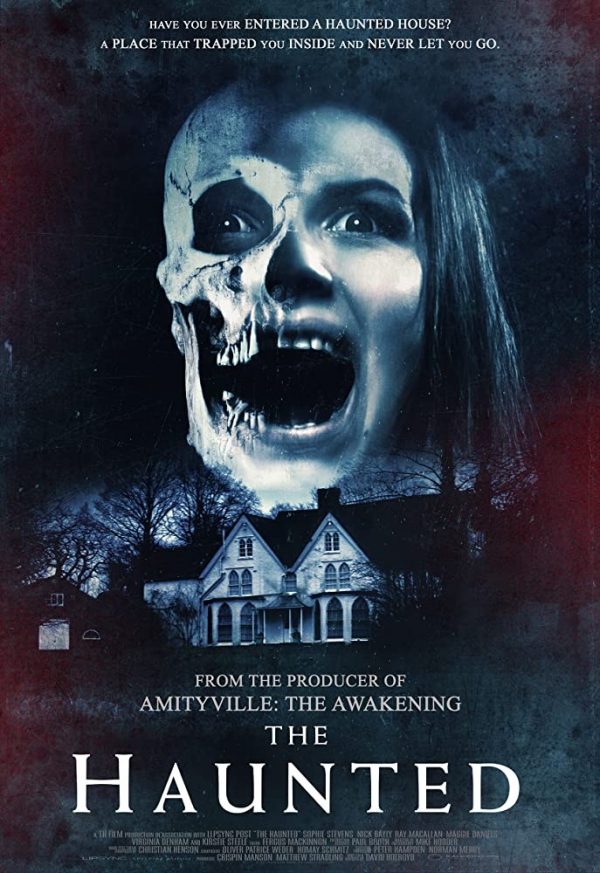 Emily’s arrives for her first night-shift as a care-giver, to an elderly dementia patient. In an isolated house her night turns into a nightmare as she is tormented by a vengeful spirit, and starts to uncover the house’s dark secrets. 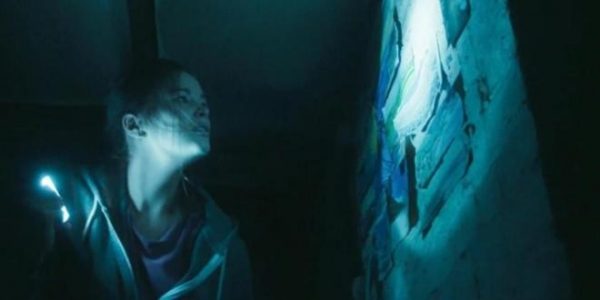 “Have you ever entered a haunted house? A place that trapped you inside and never let you go?” With a logline so generic and title even blander, The Haunted couldn’t be more aptly marketed if some ghost-under-a-sheet fakeout gag was used (lol, jk, there’s one). At a quickened seventy-five minutes, David Holroyd’s domestic thriller feels more like an undeveloped eternity. If there’s a Guinness record for “Most Subgenre Clichés Crammed Into A Film Under Eighty Minutes,” we have a new champion. I have seen this plotline reinterpreted infinite times over, written these complaints with equal frequency, and can’t wait to relive this nonsense “nightmare” come the next spiritless attempt (also jk, spare me indie horror gods).

Emily (Sophie Stevens) begins her new career as an overnight caregiver whose patient is the elderly, delusional Arthur (Nick Bayly). She arrives for work, is left alone, and spends her hours exploring the estate. Arthur’s care mostly requires guidance back to bed and reassurance that everything is “alright,” but Arthur is seeing things his nurses cannot. Is that why Emily finds an Ouija board, pre-burnt aromatics, and other paranormal signatures? These trinkets might explain the goth chick (Kirstie Steele) who appears at random, giving Emily continual frights.

Is there more to The Haunted than lets on? Supposedly, but explanations escape as we follow only Emily’s point of view. Holroyd’s climax is supposed to release some jaw-dropping epiphany, yet comprehension is damn-near impossible as scenes lurch forward. The only way I deciphered what in Casper’s ghost just occurred was by rewatching the opening ten or so minutes immediately after end-credits began. It’s impossible to reveal more without spoilers, which means there’s no further talk of “twists” or “tricks” to follow. What I can confirm, in brevity, is how Holroyd fails on multiple levels to honor both his haunting at play and the blink-or-miss details that bury broader implications which, themselves, require footnotes for translation that do not exist.

You’d assume The Haunted speeds into Emily’s locked-in supernatural dilemma at sub-ninety, hell, sub-eighty minutes. Quite the opposite! Around the twenty-five mark – because yes, I checked – my brain internally pondered, “Has anything happened yet?” The “Haunting Of Emily Whatshername” cycles through seen-it-before flashlight gags, hands reaching out of blanketed darkness, and other Ouija board bullshit. Sure, why the hell not? Let’s find an Ouija board and *without question* start channeling the unknown. Worse still, ghostie girly is rarely utilized outside far-from-sight doorway looming or a brisk walk towards another slamming door. The atmosphere is radio-silent stale, which lessens paranoid stakes, losing the horror in Emily’s unsatisfactory overnight.

Holroyd isn’t one for dialogue since this review might contain a higher word count than his screenplay. Emily is alone, only interacting with Arthur when he’s pissing on the hardwood or rifling through closets. Silence in ghost stories, when accentuated, can be a useful tool. Holroyd’s fault is not supplementing these quiet lulls with memorable scoring or input line-reading such as texts or voicemails or *anything* that offers much-needed exposition. I think of Anthony Scott Burns’ “Father’s Day” segment in Holidays, and how his lead character’s on-screen journey is imbued with immense meaning by audio readings laid atop character actions. The Haunted misses all of this, shoving Emily into a walkthrough of the worst offshoot Silent Hill beta test imaginable.

One house. Two humans. Zero tension or beyond-the-grave dread or threats worth our endurance. The Haunted redefines by-the-books terrorization despite ambitions that are admittedly greater than the sum of what’s produced. It’s constant wandering around a dimly lit house, revisiting the same “landmark” couches or bedrooms until the film answers questions in the most inefficient fashion. Not like cinematography or technical accomplishments provide anything worth expanded dissection, which leads to an overall handcuffing of actors who must convey horror in speedwalking evasions. Maybe there’s a better way to tell David Holroyd’s The Haunted, but this navigation surely won’t raise the dead (or a single hair).