A poster and trailer have been released for the psychological thriller Through a Dark Mirror. Written and directed by Jason Fite, the film stars Alexander Tol as Bryan Tyler, a man who is taken is for questioning after six men die mysteriously in different locations and he is the only thing linking them. 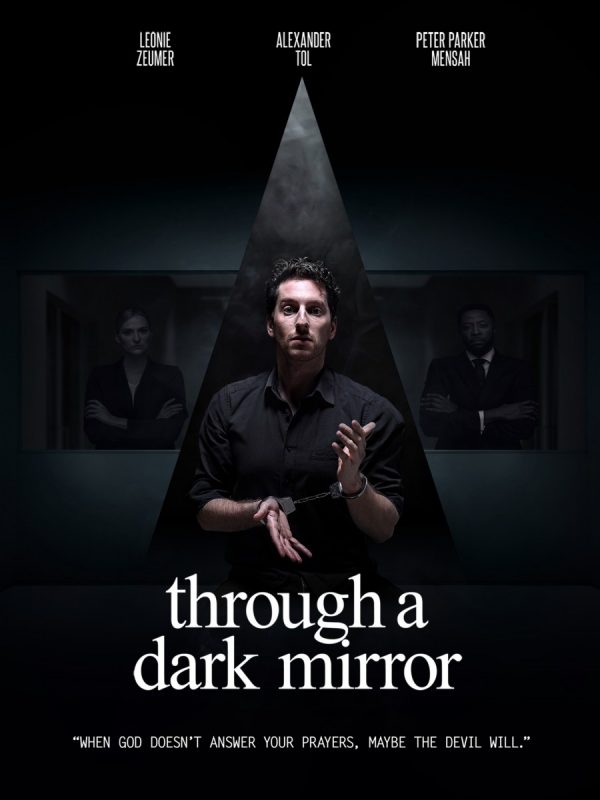 October 1992: Six healthy men all die of unknown causes at exactly the same time but in different locations. The only link between their deaths is that they each paid £50,000 into the bank account of the mysterious Bryan Tyler the day before they died. He is arrested and taken in for questioning. DCI Dawson, the person in charge, believes he has everything under control to get his confession and close this case by the end of the night, but things take a different route.

Through a Dark Mirror is set for a DVD and digital release on June 16th and features a cast that includes Alexander Tol, Peter Parker Mensay, Omar Fernandez, Leonie Zeumer, and Rikki Stone.