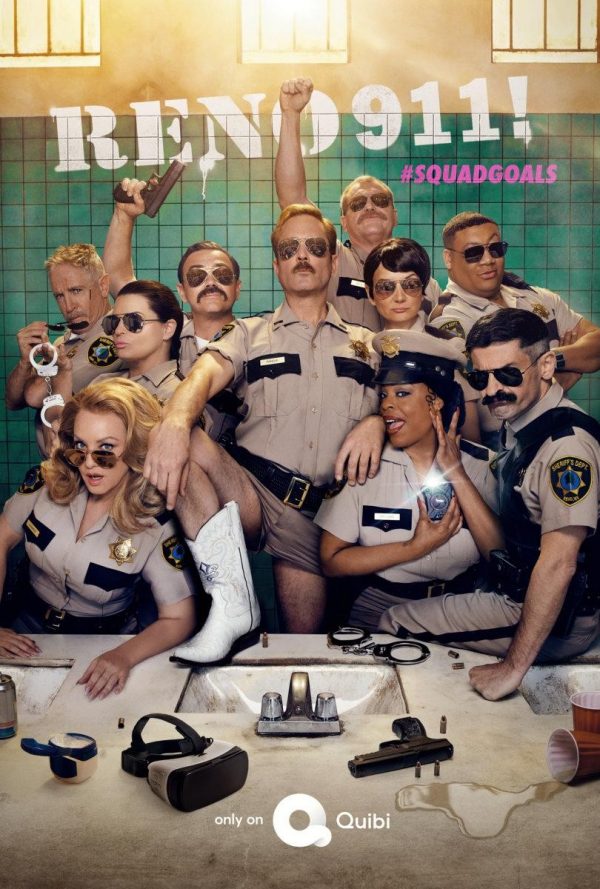 Championed by Danny DeVito, Stacey Sher and Michael Shamberg who will be familiar from their involvement with Quentin Tarantino, Reno 911! ran for six years on Comedy Central. Following the day to day running of a Reno police department, it was created by Thomas Lennon, Kerri Kenney and Robert Ben Garant. As Jim Dangle, Trudy Wiegel and Travis Junior alongside a pitch perfect ensemble cast, this trio engaged in veiled social commentary whilst creating some truly great comedy characters.

Feeling like an expansion of the Saturday Night Live template, there is no real narrative but rather a situational ineptitude leading to circumstantial segues. Structurally there is a warm-hearted mockery towards this mismatched band of accidental authority figures, which gives the writers an automatic out. A fact which is further exemplified by the flawed genius of Dangle, Wiegel and Travis Junior, who possess an innocence inherent to every great comedy creation. 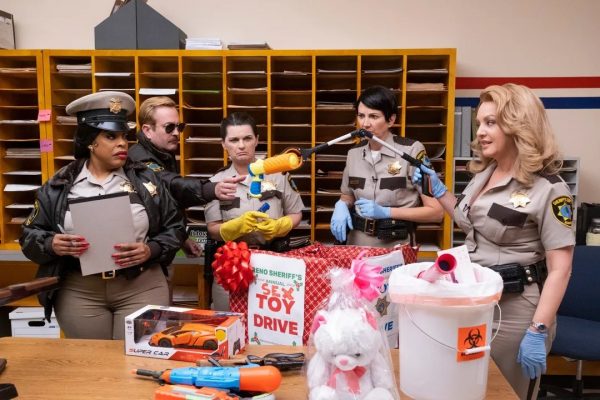 Their lack of self-awareness, inability to make decisions and commitment to the ludicrous gives them immediate audience empathy with little chance of backlash. This means Garant, Lennon and Kenney can mock traditional American values and small town mentalities, whilst weaving in more topical tangents. Beneath the overt guns and ammo fashion shows, Monty Python infused sight gags and veiled satire it is clear why Reno 911! ran for so long.

Brooklyn Nine-Nine carries the hallmarks of this show in its close knit ensemble construction, relatable stereotypes and talent for spot on casting. Although the former might seem more polished it still shares a quota of DNA with Reno 911!. Comedy in both shows is borne from character flaws, unshakeable belief and all too human foibles. Similar to British staple Only Fools and Horses humour comes from a combination of blissful ignorance, barely veiled elitism and plain bad timing. This is why Reno 911! is the perfect show for a streaming platform such as Quibi. 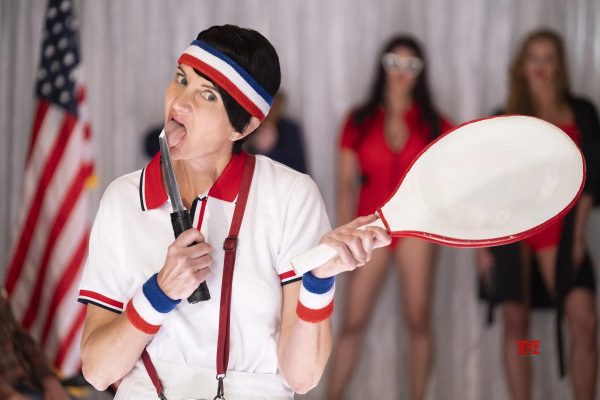 It comes with established characters, a diehard fan base and format which lends itself perfectly to situational comedy. As a character based sketch show comedy Reno 911! offers audiences the opportunity to dip in consistently, sporadically engage and not be tied down to an episodic narrative. By giving it a mockumentary feel creators lampoon more serious issues, fragment the viewing experience and pay homage to recognised classics such as This Is Spinal Tap.

What Quibi offers Reno 911! is more of a reunion opportunity than potential reinvention. Another chance for familiar faces to get the band back together so to speak. Much like Friends, Scrubs or The Big Bang Theory this allows fans to enjoy the company of characters they love. For audiences who missed the boat this is unlikely to convert them, while avid fans will look upon this offering as a homecoming opportunity.