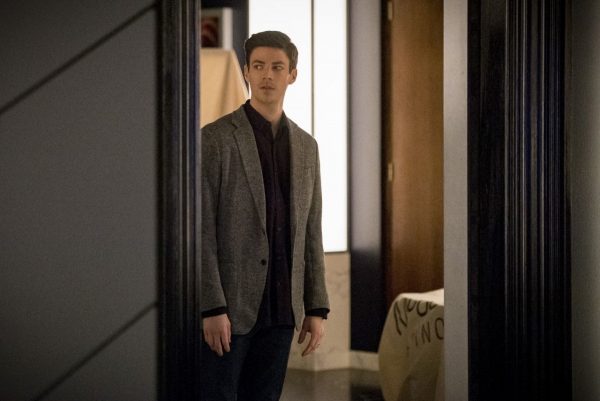 The season finale didn’t quite have the feeling of most season finales (does anything feel as good and crazy as season 1’s finale?) but this is where we are right now. The world is in a strange place and it is what it is right now. Despite that, I’ve thoroughly enjoyed this season overall, especially the second half. Ending the season on a cliffhanger is not he worst thing to ever happen. Hell, a lot of shows used to do exactly this every single season. So, with a lot of focus on Iris during the season, since they just didn’t have the material to film it, Iris was made the goal for the season end moment.

This episode was much more focused than a lot of the season and I say that meaning all our main characters are now narrowed down into a finite group, with Caitlin being helped by her Mom (and Frost’s mom), Joe in witness protection, Cisco in Atlantis and Iris and the others in the Mirrorverse, there isn’t many other story trails to follow. That being said, I will say, the way this Frost storyline has unwound is pretty darn unique as in terms of characters on a television show. It can feel at times confusing but Frost and Caitlin being unique individuals unto themselves but share the same body is a pretty out there idea and Danielle Panabaker does such a nice job with both characters. 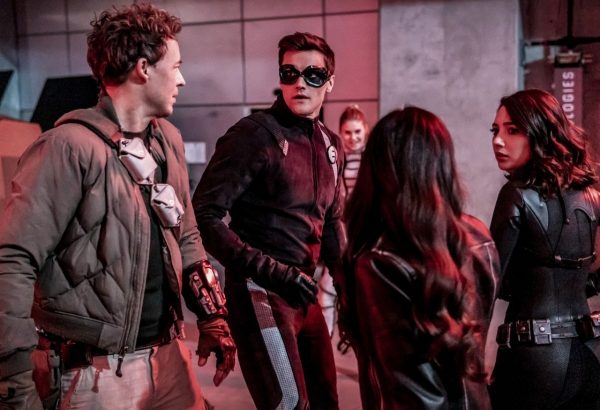 So, the problem at the center of the finale is Eva is coming after Carver and Barry, much to his chagrin, needs to protect Carver. This all culminates in a huge battle at McCulloch Industries, coated in a red light as our heroes battle the newly turned “light assassins” under Eva’s guidance. Earlier in the episode, Barry was tempted to take an offer from Mirror-Singh to give over Carver and they would return Iris to him. This plays out later on, in a great heroic scene, as Eva had Carver in her sights, Barry defended him after Nash asked him what would Iris say when you told her how you got her back. He’s stabbed like a pin cushion with glass shards but that doesn’t deter Eva as she just shoves one all the way through Flash’s body into Carver’s chest, killing him.

The season wraps with Eva returning to take over McCulloch Industries as CEO, pinning the murder of Carver onto Sue Dearbon, who just cleared her parents name from Carver’s blackmail, and Iris is still trapped in the Mirrorverse as Team Flash came together to find their lost loved ones, as Iris turns invisible. Ok- that’s a cliffhanger!! That’s where our season ends and it’s not a negative. Things happened here! Carver perished, Eva is down to her new light assassins with no more mirror clones as Team Flash prepares for the next fight. This was a perfectly fine episode with some great continuity. 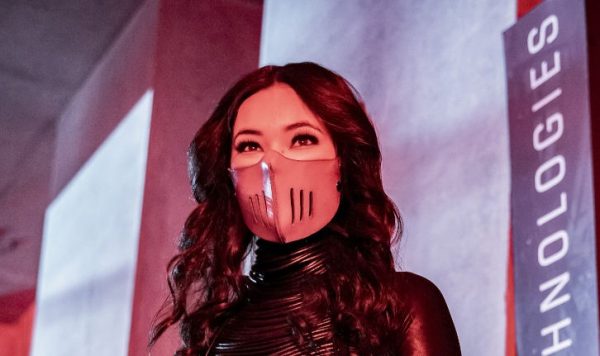 What about some spare thoughts on the finale? Haven’t done this in a while:
– Eva has a supervillain suit!!
– Will Nash ever be able to break that shield Allegra has up? It seems, by episode end, he may have finally started
– “There’s a lot of bad guy stuff here”- Ralph in the Black hole warehouse
– They don’t mention Flash’s speed force meter but Flash doesn’t have enough power left to blow out a simple fire with his tornado arms.
– The light assassins were living in a swank house together just waiting for their assignments?
– Liked the callback that Nash can still hear the other Wells’
– The comic book effect of the big fight scene was so freakin cool and such a nice touch to add into this finale
– “Honey I’m Home!” Eva nailed that cheesy supervillain line
– Joe is back, thank the lord!

Rating – 8/10 – Solid, solid episode that doesn’t quite feel like a finale but left enough good story out there and really utilized the characters they had to use