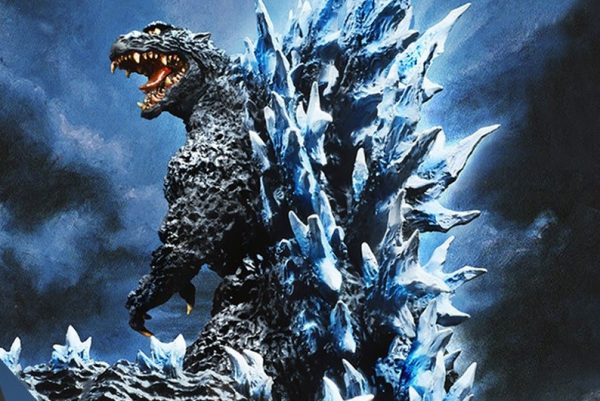 Sideshow Collectibles and X-Plus have revealed the Yuji Sakai Best Works Selection Godzilla figure from the 2004 movie Godzilla Final Wars. It is available to pre-order now, priced at $455.00; check it out here…. 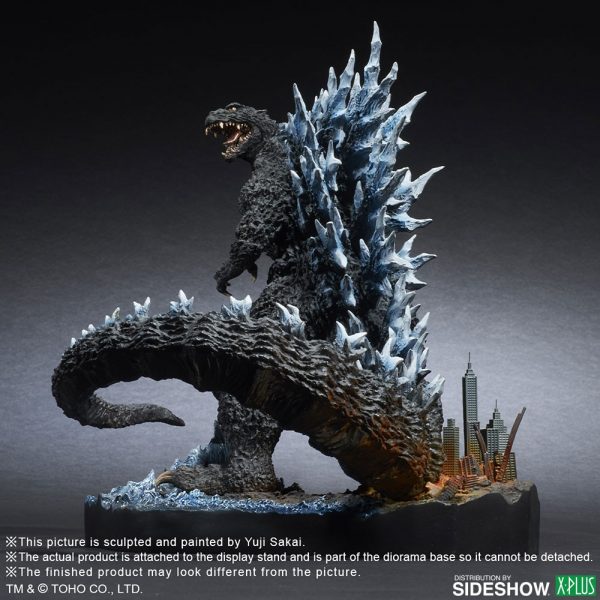 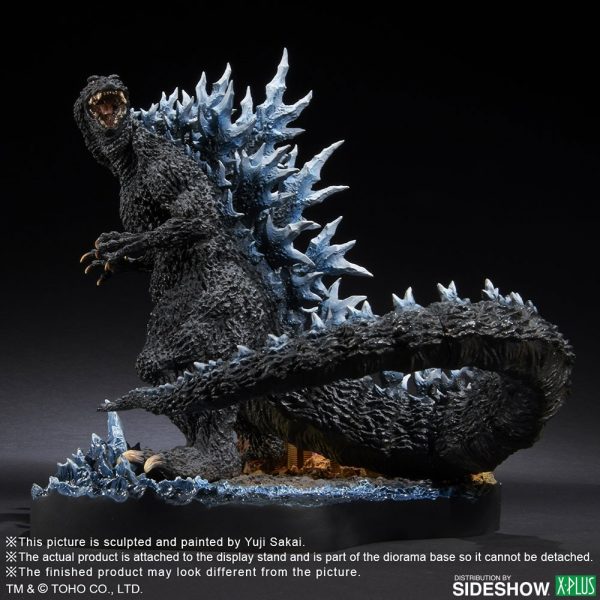 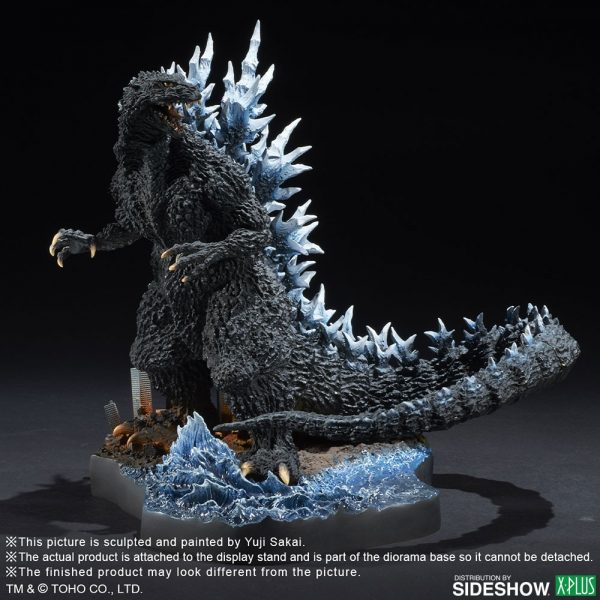 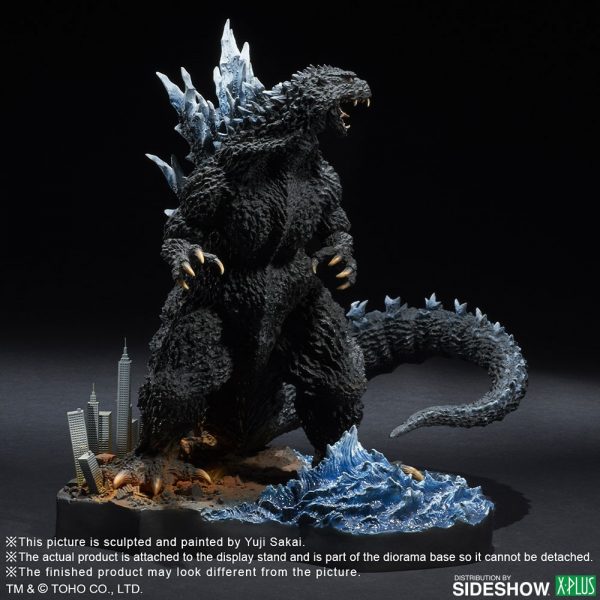 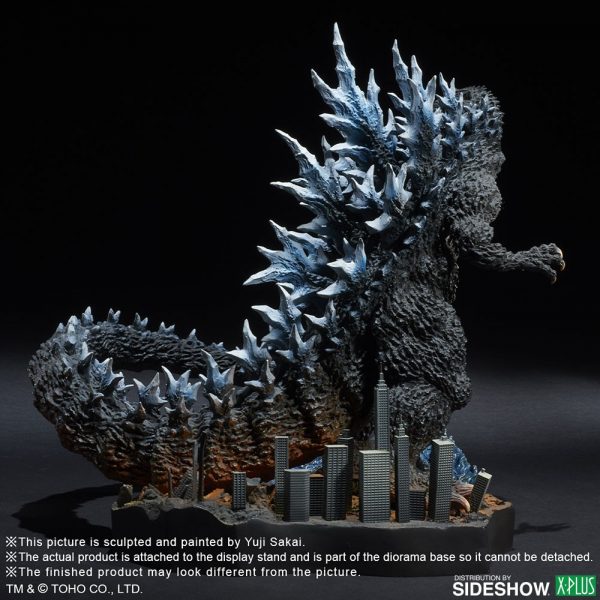 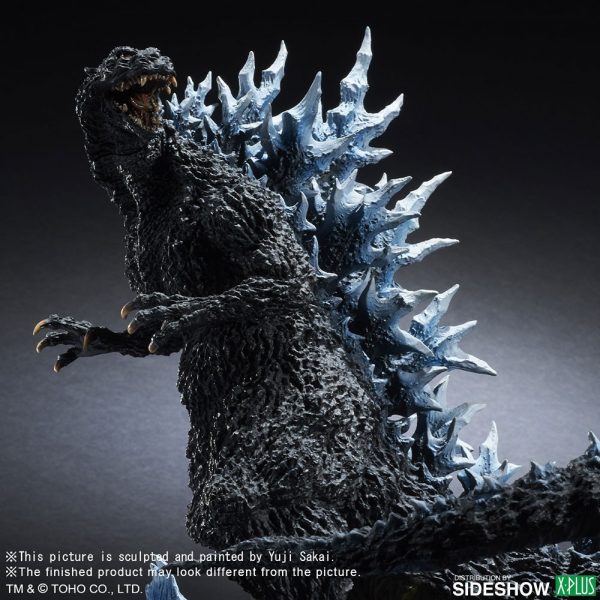 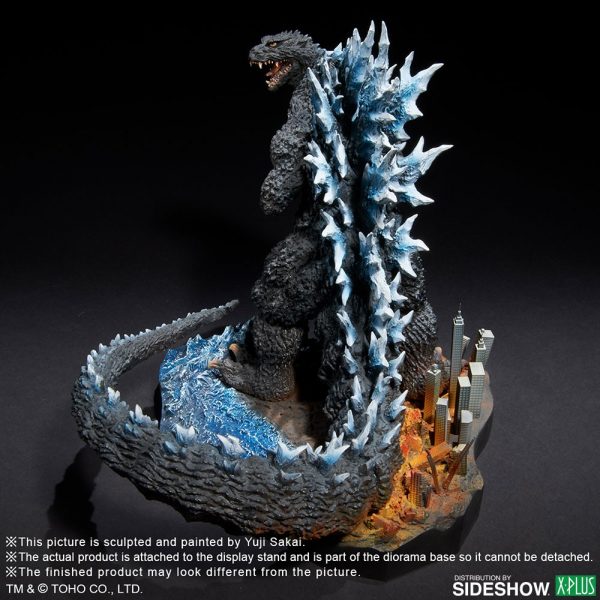 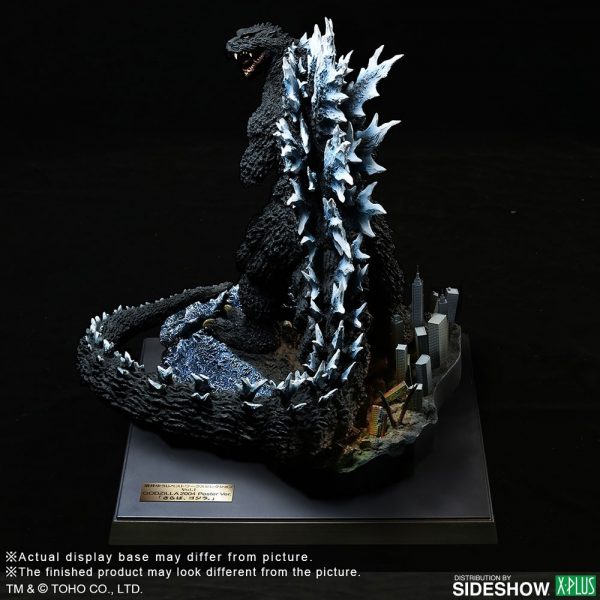 The Yuji Sakai Best Works Selection is a selection of highly artistic masterpieces from the past works of Yuji Sakai – using his original molds and materials to recreate these works of art. Each model comes with a plated stand that includes the item name and series number, providing customers with a high-quality, luxury series of collectible items.

The first commemorative item in this series is Godzilla 2004 Poster Version, from Godzilla Final Wars. This item was created by Mr. Sakai in 2004 as a three-dimensional recreation of the theatrical poster drawn by the master artist Noriyoshi Ohrai at the time of the film’s release. In contrast with the version of the monster as depicted in the film, this poster’s Godzilla was recreated with beautiful detail (down to the tiniest aspects, such as the buildings at his feet, and the crashing waves, and also includes details not even drawn in the original illustration), and portrayed with vivid movement.

This is a spectacular recreation of the world evoked by Mr. Ohrai’s poster. This item is a statue figure, crafted using Poly-materials, which were used to recreate the sharp dorsal spines and bumpy textures on the skin’s surface, enabling intricate details that would not be possible with a normal PVC figure. The figure comes with a customized base, fitted with a plate that adds presence and high-quality luxury – making this a highly collectible work of art. We invite you to bring home the beauty and character of this Godzilla (2004) Poster Version, brought to three-dimensional life as a high-quality statue.