Dynamite Entertainment pinups Bettie Page, Red Sonja and Vampirella are celebrating the Fourth of July next month with special Independence Day variant covers across their latest titles; check them out here… 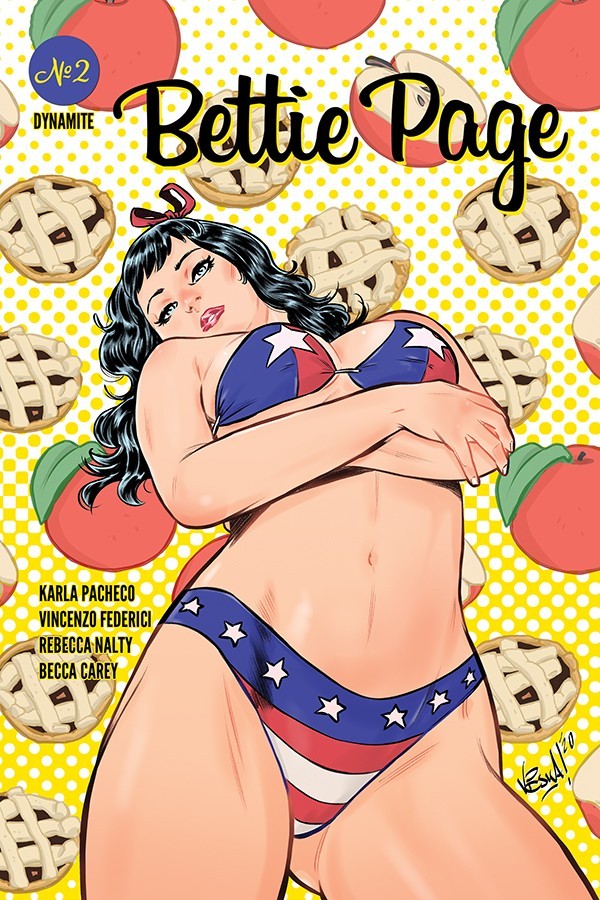 Joined by a fun background of apple pies, Bettie Page is herself an American icon of that caliber. Her work in pinup art and as a symbol of beauty and feminity has influenced countless artists within her home nation and around the world. Italian Vincenzo Federici, interior artist for the title, pencils, inks and colors this fun and flirty cover for the second issue of Karla Pacheco’s upcoming yarn.

“This cover was very natural, considering that I’m on the series, so it was a blast!,” said Vincenzo Federici. “Apple Pies! I tried something sexy and POP, using an ecchi style background to keep everything fun, inspired by some Japanese illustrators I love.” 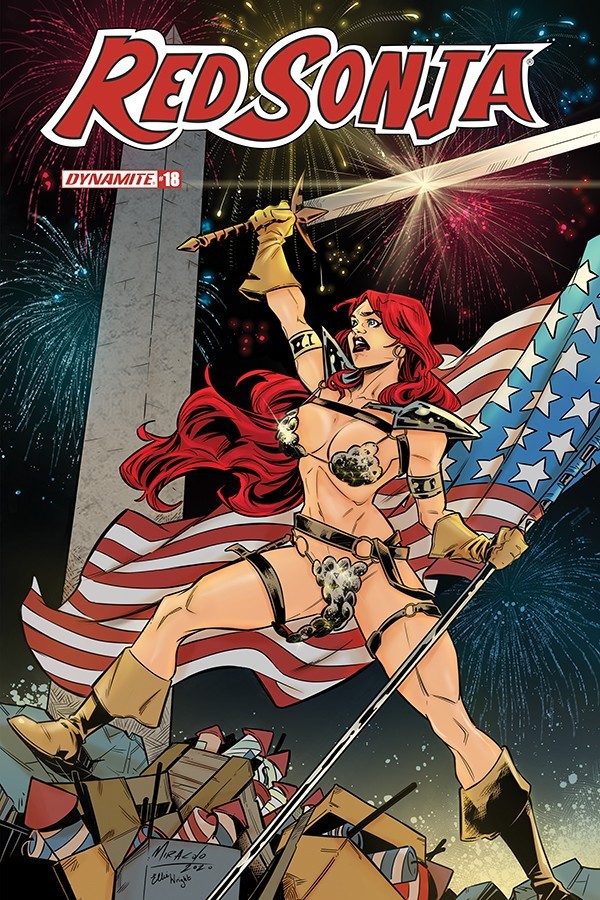 Italian Alessandro Miracolo portrays the She-Devil With a Sword celebrating the holiday in the shadow of the Washington Monument and dangerously standing atop a stack of fireworks with blade and flag in hand. Don’t try this at home, kids. Irish colorist and series regular Ellie Wright makes sure the red, white and blue pop. It can be argued that the Hyrkanian heroine’s backstory is firmly tied to America, with her creation by Robert E. Howard in stories originally serialized in pulp magazines native to the States. Then expanded by Roy Thomas, who was a student of history and followed in the footsteps of comic and pulp innovators before him. Though always with an international flair, with renowned artists such as Esteban Maroto, Lucio Parrillo, Carlos Gomez, and more.

“I love Red Sonja. I grew up with the stories of Robert E. Howard,” said artist Alessandro Miracolo. “I really had a great time designing this cover, thinking of how I could depict Sonja like a champion that leads the American people to victory. Happy Independence Day to everyone. Ciao!” 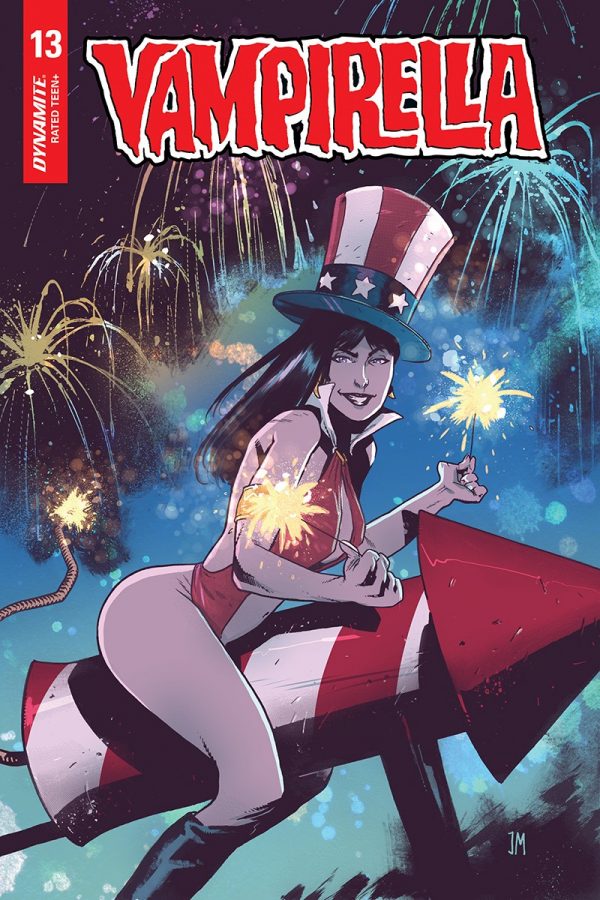 Justin Mason has Vampirella in an even more dangerous position, straddling a giant explosive with lit sparklers. Though the sweet Uncle Sam style hat makes up for that and we’ll pretend she’s following proper safety precautions. The colors by Kike J. Diaz really bring the background fireworks to life. Similar to Sonja, the Daughter of Drakulon’s creation has a bit of American flavor. James Warren’s black and white magazines were able to dodge the censorship that plagued the comics industry for years. Do you think Drakulon has an independence day?

“When I was offered an Independence day variant cover I only had a limited time to come up with an idea,” said artist Justin Mason. “I’ll be honest I never expected my first Vampirella cover to start with a BANG! Big thanks to editor Nate Cosby and Dynamite for the opportunity!”