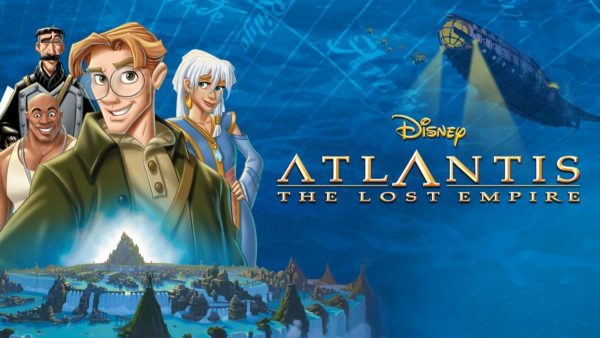 The director of Disney’s Atlantis: The Lost Empire, Kirk Wise, has revealed plans he had for a mapped-out sequel that never came to fruition.

In a recent interview with Collider, Wise explained the loose plot he and his creative partner Gary Trousdale had for a proper, theatrical sequel to Atlantis: The Lost Empire which included a shocking twist that would tie in back into the original.

“Believe it or not we did,” he revealed. “[Story supervisor] John Sanford, Gary and I actually concocted an idea for a sequel to Atlantis. It had no relation to the Atlantis TV series that was being developed at Disney Television Animation. This was a feature-length, full-on, full-blown sequel to Atlantis.”

“We were going to have a new villain in the story. The villain was going to be wearing big, scary, wool, bulky, World War I-style clothing with a frightening gasmask to obscure its face; a little Darth Vader-esque,” Wise continued. “And this villain was going to try and retake Atlantis and finish the job that Rourke was unable to accomplish. And the big twist in the climax of the movie is that the villain is unmasked and it turns out to be Helga Sinclair. Plot twist!”

People may be aware that Atlantis: The Lost Empire has already received a direct-to-video sequel titled Atlantis: Milo’s Return. However, this follow-up was a collection of three episodes from the Atlantis TV series that were stitched-together rather than an actual theatrical sequel.

Atlantis: The Lost Empire tells the story of Milo (Michael J. Fox), a young man who gains possession of a sacred book, which he believes will guide him and a crew of mercenaries to the lost city of Atlantis.