Margaret Atwood’s The Handmaid’s Tale is packed with a dystopian darkness which has so far been distilled into three seasons of landmark television. Award-winning Head of Make-Up Burton LeBlanc has been there since the beginning and recently took time out to talk to Martin Carr about his long term involvement…

Looking back at your initial involvement how did you first hear about The Handmaid’s Tale?

When it first came to my attention I was working on another show, and heard through a producer friend who I’d worked with previously. He asked whether it was of interest and then sent me the script.

What is your process going into every season of The Handmaid’s Tale from script to screen in terms of the make-up elements?

The first thing we do is read the script, then go over our notes and decide what we think is right for the characters. From there, we have a meeting with the director and get a feel for the way they think each actor should look, especially the principal actors, which include Elisabeth Moss (Offred/June). Elisabeth and I have such a great relationship now and are always checking in way ahead of schedule, because she knows the scripts quite far in advance and normally lets me know about scenes before I get copies myself. That way I am already prepped for them.

How do you think make-up enhances the drama on screen for The Handmaid’s Tale?

The Handmaid’s Tale is set in Gilead which is very dark and dystopian, so I would exemplify that element by applying very deep shadows in the face, especially under an actor’s eyes. I further accentuate that without going too far, and consulting with the DP whilst considering any additional lighting on set. There are also some looks that involve blood and bruising – it’s a revolution after all, and that make-up definitely contributes. 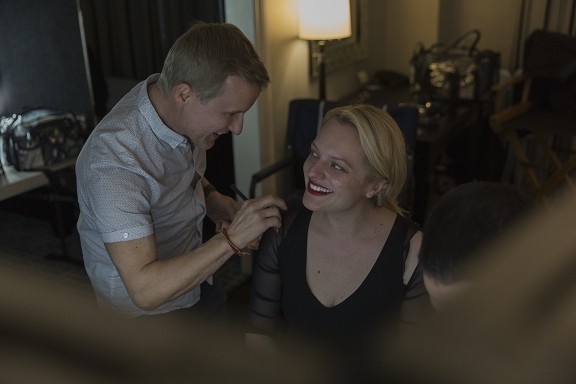 How do you think make-up and VFX work together in The Handmaid’s Tale to enhance any dramatic elements?

The VFX team and I all collaborate together alongside our cinematographer, who is usually Colin Watkinson. Since day one we have all been involved, so every season prior to shooting we meet up and ensure everyone is on the same page creatively. From there, it’s an ongoing process of continually checking in, gathering notes and collaborating as a team.

For you what are the most challenging factors in The Handmaid’s Tale?

I think a central challenge is just making sure we don’t go too far with make-up and lose that realism which is so essential to this show. We’re making sure we still grab the audience within the confines of these super tight close-ups, whilst ensuring an actor doesn’t get lost beneath any make-up on screen. So from my point of view, it is about maintaining a consistent level of reality without impacting on an actor’s performance.

To what extent is budget a restriction on creativity in film and television?

There definitely are budgetary restrictions, but because I work with Elisabeth Moss so closely and she is an executive producer on The Handmaid’s Tale, it helps. This gives me more flexibility to do what I think is necessary for the fantastic actors on the show, which in turn allows everyone to play their part. But for me on the show, I don’t find it limiting at all and I can do everything I need to do. 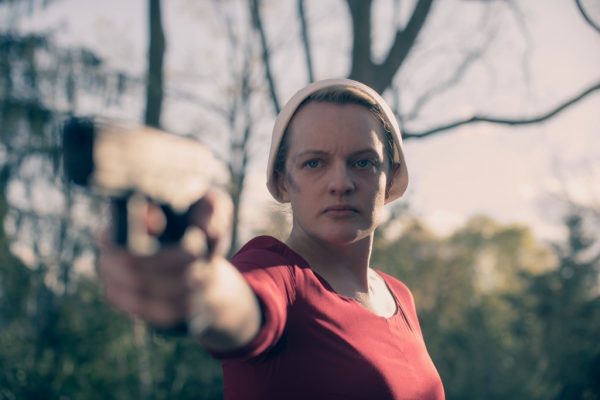 Looking more broadly at the show itself, how do you coordinate different elements on a daily basis?

A general day would be myself, my team, and the main actors, plus a whole bunch of extras behind the scenes within Gilead, which might include handmaids and guardians. I keep track of them to maintain their own separate identities and individual looks, and ensure that continuity doesn’t veer too far away from the looks we established in season one.

In terms of the more extreme make-up elements how do you ensure they remain effective without becoming a distraction?

I do deal with a lot of blood which is a great added effect, but additionally when we did the colonies, which take place in a radioactive area in season two, we went a little further, but that was mapped out months in advance with camera tests. We were fortunate to use those as a reference, and then went further than that to the extent people were losing their hair, their skin was falling off, their lips were cracked, and other things of that nature.

So following on from that how much research goes into any given ailment on the show?

It’s a continual process where you are always checking things, and I think Chernobyl is a great example of those particular looks. Images of concentration camps played a big part in it too, but it comes down to research and constantly keeping those images in your head. There are files and things that I keep on my laptop but it remains something I do seven days a week. 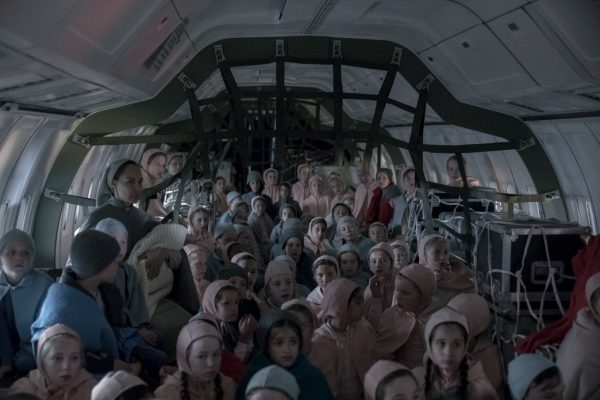 Do you get more satisfaction from implementing complex prosthetic pieces or the more subtle things, which obviously involves more facial make-up?

Definitely the more subtle stuff. We have done the more extreme things like the colonies and different levels of contamination and varying degrees of death or dying, but it is those daily make-ups of the handmaids and demobbed that I love most. I enjoy being able to illustrate their gradual degradation over months and months through delicate subtleties around the eyes and so on. From the early flashbacks through the present day, you can see how unkempt some of the characters have become. With Commander Waterford in season 3, you can see his beard becomes more grey as the season progresses.

How do the collaborations with DP’s (director of photography) and other creatives feed into the look?

When we are done with make-ups in the morning, I am usually next to the DP from then on unless there is a make-up change. Whoever that DP might be, I am there over their right or left shoulder. It’s a constant dialogue which goes on with them throughout the day in terms of how things look on camera.

What are the key considerations for you before signing onto any new project?

The first thing I look at is the script, and how drawn I am to the story. Usually, I’m interested if it is something I haven’t done, although I have done pretty much everything. I would like to get into more eighteenth and nineteenth period make-up around the Victorian era. I have done some of that, but just to do a full length television series would be ideal. 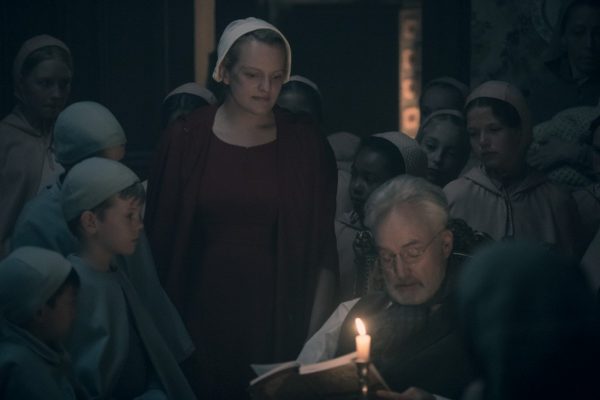 What do you think will be the biggest challenges for the industry obviously coming out of lock down?

I think it jeopardises our ability to fine tune details, as a lot of my job involves working closely with people all day. If we have to work in these bubbles we are going to be separated. To think that I might not be able to go in and focus on those little tiny details with the DP and actors or my whole team is compromising. Fingers crossed we might be back in August, but it will remain a constant thing and it is already on my radar.

In terms of new or on-going projects are there any details you can talk about right now?

We just started season four and managed to do two weeks before we shut down completely. We were block shooting the first three episodes, but hadn’t really started anything. Hopefully when we start again in August, or whenever we can, there will be ten episodes to do and it will take up all my time. What with the Emmy nomination for season two and then consecutive guild nominations each year, The Handmaid’s Tale remains my main focus.

My perfect Sunday afternoon would be a late morning gym workout followed by meeting friends and family later on, maybe out on a patio with a couple of pints.

Thank you for taking the time to speak to Flickering Myth today and stay safe.

The Handmaid’s Tale seasons one to three are available to stream across various platforms right now.