Originally touted as a potential TV series as far back as 2017, Ollie Masters and Tyler Jenkins’ graphic novel Snow Blind is now at the centre of a lockdown bidding war with Jake Gyllenhaal attached to star.

Deadline is reporting that multiple bids have been submitted for the for the property, and that Gustav Möller, who directed 2018’s The Guilty (read our ★★★★ here), is set to make his English-Language bow with the thriller.

The script will be tackled by Patrick Ness, who adapted his own novel with A Monster Calls, and is currently hard at work on Luca Guadagnino’s take on Lord of the Flies.

Snow Blind is the story of Teddy, a high-school student living in sleepy suburban Alaska, whose life is turned upside down when he innocently posts a picture of his father online, only to learn that his family have been living in the Witness Protection Program. This triggers the arrival in town of a man seeking revenge, a team of FBI agents, and plenty of questions about his father’s past.

There are no further details yet, but Deadline reveals that potential bidders had received a lockdown pitch via Zoom, with an introduction from Gyllenhaal and Möller.

Let us know what you think about Snow Blind, or if you’ve read the source novel, by using the comments section below or tweet us @flickeringmyth… 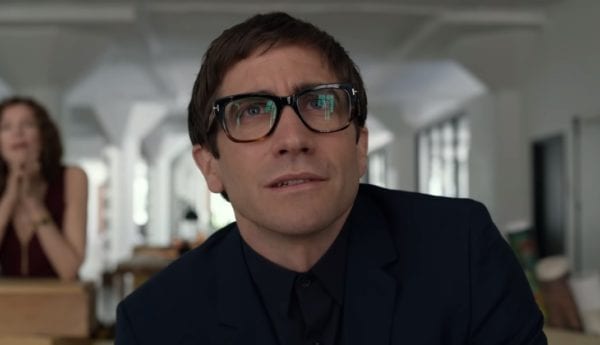