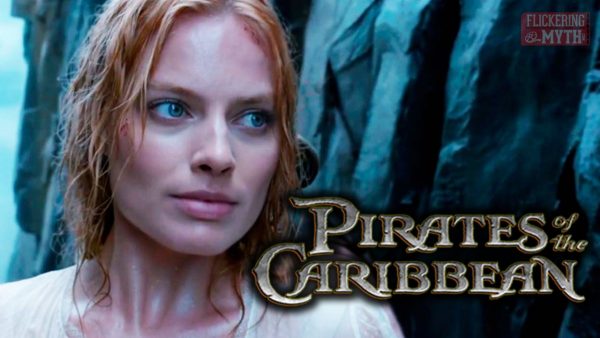 The dynamic duo of actress/producer Margot Robbie and writer Christina Hodson will team again after this year’s Birds of Prey (And the Fantabulous Emancipation of One Harley Quinn). This time, Robbie and Hodson will leave the world of superheroes behind for a pirate adventure.

The Hollywood Reporter broke the exclusive story that Disney has tapped Hodson to pen a new female-fronted Pirates of the Caribbean, with Margot Robbie attached to star. Jerry Bruckheimer, a longtime producer of the franchise, is attached to produce.

The project is said to be in early development, and looks to take the long-running Disney film series in an entirely new direction. Reports say this will not be a “spin-off” or a direct sequel to the Jack Sparrow-led films of the past. Instead, Robbie and Hodson’s Pirates film will see an original story with new characters, all meant to expand the Pirates brand.

This new film will not interfere with Disney’s plans for a reboot of the original series, which will see writer Ted Elliott team with Chernobyl creator Craig Mazin, who’s developing the story. Bruckheimer is reportedly attached to produce that film as well.

Are you excited to see Margot Robbie team with Christina Hodson in this brand-new Pirates of the Caribbean adventure? Share your thoughts in the comments down below or by reaching out to Flickering Myth via our social channels…