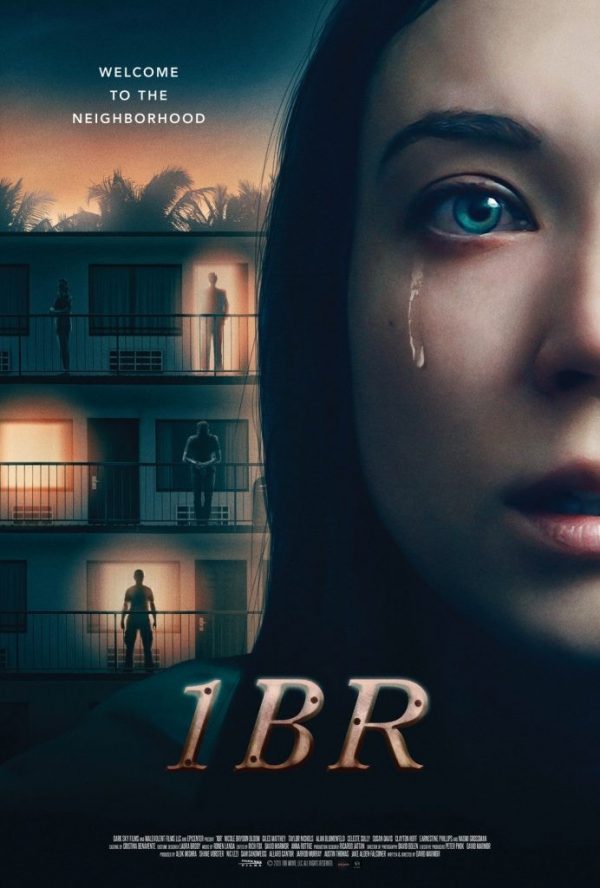 Sarah tries to start anew in LA, but her neighbours are not what they seem.

David Marmor’s 1BR renovates horror’s “residential mistrust” subgenre by lifting inspiration from Karyn Kusama’s The Invitation and other proprietorial cult-based horrors. Unsuccessfully, and without sturdy foundations. It’s a film that questions complacency and assigned roles for the betterment of civilization over self, contained in an apartment complex “utopia.” The message is clear, but Marmor’s unbalanced narrative construction doesn’t pass this critic’s inspection. Act I the short-con introduction, Act II a lengthy committal to public sins, and Act III the hasty counterpoint that climaxes for climax’s sake. Like a cut-rate contractor who gets the job done, mismeasurements and all.

Sarah (Nicole Brydon Bloom) moves to Los Angeles on a whim with aspirations of costume design fame. She applies for a “too good to be true” apartment, which is miraculously approved. Sarah’s greeted by friendly neighbors including Jerry (Taylor Nichols), who instigates outreach. Barbeques, dinner parties, and smiling faces paint the building a bright shade of lovable, until one night when there’s a break-in. A sleep-deprived and restrained Sarah discovers her tight-knit residence takes their communal bond deathly serious, and she’s about to face the initiation of anyone’s lifetime.

The humanitarian nightmare of 1BR teaches key principles of Charles D. Ellerby’s “The Power Of Community.” Openness, selflessness, and devotion warp into a reality where either you serve only your immediate tribe or die as a useless dissenter. Marmor’s toying with ideas of conditioned gaslighting, preying on the forgotten, and hivemind manipulation. The groundwork is visible, but Sarah’s journey from new resident to indoctrinated convert never tracks a genuine throughline. Ellerby’s influence is that of a messiah promising eternal elation, yet the horrors of brainwashed herds never reach their full potential.

Sarah’s arc is one that’s reliant on an overdrawn period where she’s “groomed” by the collective through torturous means, undone by a brief introduction and briefer change of heart. Jerry urges Sarah to behave, to keep her hands pressed against an apartment wall in a strenuous pose meant to break wills, while equal-aged Brian (Giles Matthey) threatens violence. Sarah endures a hellish ritual to deserve her new “family,” which questions her selfish desires to pursue creative passions or retain contact with a father who committed a monstrous betrayal. Marmor is addressing the very dedications that drive our motivations but in a way that’s missing staying power, resulting in pet abuse and blind ignorance as shocking plot devices.

Without spoiling material, Sarah’s undoing over 1BR’s overdrawn “midsection” makes for a conflict resolution that diverts on the sharpest one-eighty. We suffer alongside Sarah; ponder the same lessons that cause her eventual submission. Her misfit neighbors fully accept Sarah after passing their lie-detector failsafe, only to have a single interaction with the newest selected rookie completely deprogram every last belief. Stretches of dialogue, entire scenes worth of Sarah’s commitment to the cause, forgotten quicker than Green Book’s Best Picture victory. In terms of development, it’s a jarring shift that serves neither tension nor storytelling. A significant inefficiency that speeds forward through a conclusion that’s vastly outweighed by narrative meatiness now discarded as waste.

Performances ask most actors to portray dual personalities. The boy next door and the killer in the mirror. A leader who preaches kindness yet employs the practices of tyrants. Marmor never desires us to believe that Pleasantville exists, but warning signs are unsubtle to a suspenseless detriment. Horror scenarios are fleeting, nor is Sarah’s fight especially empowered given how survival eventually means acceptance. There’s little to feel for the characters we lose, and genre elements remain muted throughout courtyard gatherings where attendees eat celebratory cakes. We’ve seen these follower-heavy beats, challenging the world yet coming up short on more in-depth evaluations. 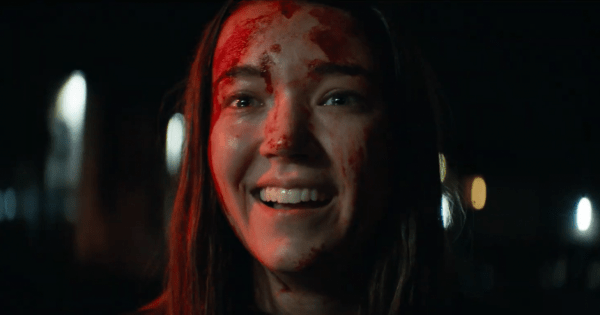 1BR exhausts the oddest angles of its wayward main character, Sarah. Why rush into her imprisonment? Why favor her stripping of sanity only to double-back with whiplash discomfort? David Marmor holds a flame to society’s feet but fumbles his interrogation, which makes for more disappointment than room-for-rent stills now three years outdated. The world is scary, people love taking advantage of others in the name of salvation, and relocation can amplify the hurt of isolation. All truths that are lost when trying to follow this horror-themed floorplan sketched with disproportionate confusion.