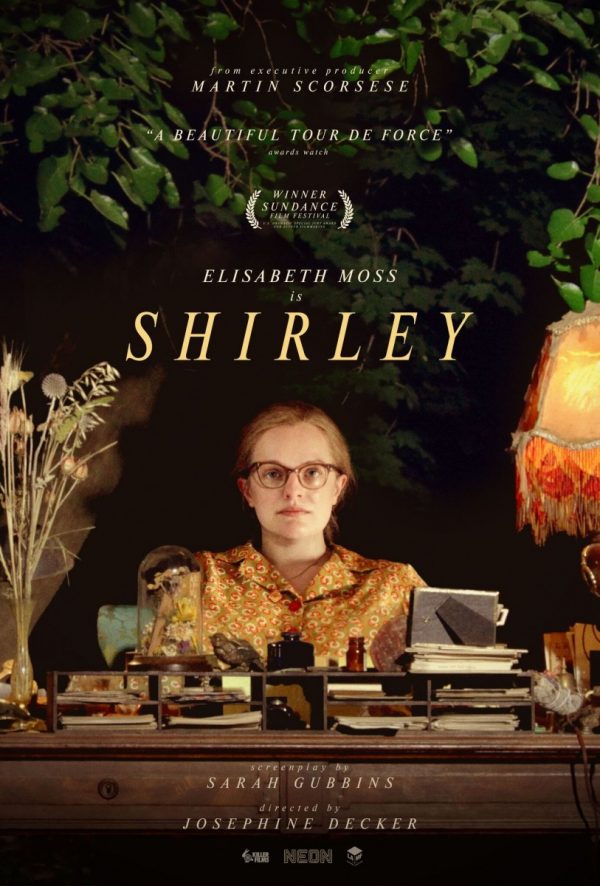 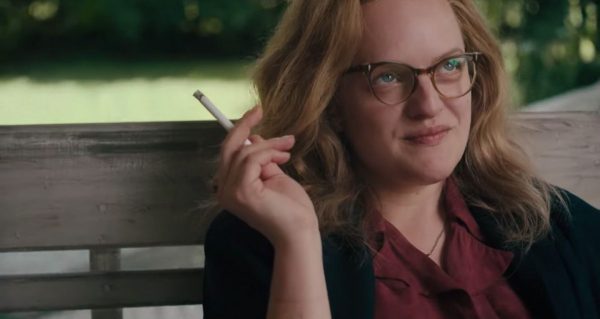 Josephine Decker’s Shirley is as diabolical as Shirley Jackson’s horror literature. It’s full of villains, betrayal, and nervy paranoia. Jackson’s professional catalog exploits haunted houses and bleak outlooks on humanity, which Sarah Gubbins’ adapted screenplay gives an “autobiographical” context (Susan Scarf Merrell’s source novelization is fictitious). Shirley becomes a psychological drama about entrapment, first and foremost. That said, there’s always more on the next page. As the famous wordsmith seeks inspiration around her estate, notes of home invasion terror and body-swapping or brainwashing pose a more supernaturally-tinged threat. Not all cursed locations are inhabited by ghosts or poltergeists. Sometimes the monsters posture in broad daylight, hiding in everyday visibility.

Elisabeth Moss inhabits the conspicuous mind of Shirley Jackson, who shares domestication with her professor-husband Stanley Hyman offsite Bennington College. She’s amid her next masterpiece when Stanley’s newlywed protégé Fred (Logan Lerman) and accompanying wife Rose (Odessa Young) become their houseguests. Being a time of need, Stanley asks Rose if she’d be so hospitable to accept daily chores around the manor. Fred’s shadowing requires himself and Stanley to be on campus most hours, which leaves Rose alone with Shirley. Then the mind games begin, as Shirley sniffs creative rejuvenation through real-world manipulation.

Truthfully, Shirley relishes in evil values. Decker blurs the lines between life imitating art, revealing a restless creative’s most masochistic instincts. Stanley and Shirley act as torturers of the highest intellect, smart enough to speak circles around their visiting marks. It all starts so innocently over Scotch and assured gratitude, but then the dynamic shifts. Shirley’s manic tendencies possess Rose, while Fred’s relationship with Stanley morphs from mentorship to utter disgust. “Terrific competent, there’s no excuse for that.” Stanley’s self-absorbed words about Fred’s dissertation speak volumes. 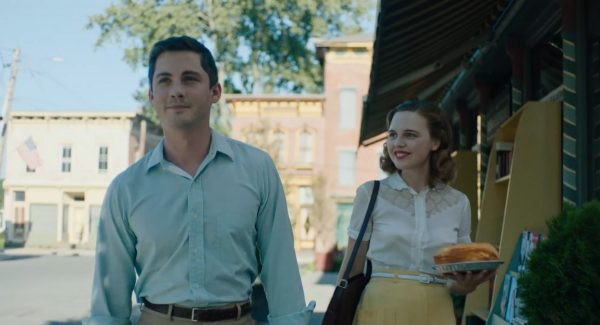 That’s the mastery in Decker’s command of tone. Every character deserves your outrage. Women imprisoned by their gutless partners who flaunt infidelity and, in Stanley’s case, belittles mediocrity as a literary critic ([covers all mirrors in my apartment]) or offers his titanically more talented “better-half” notes. The sick part? Shirley’s eyes shoot fireworks when he showers her words with compliments, defining the gender horrors of more oppressive pasts. Shirley herself wastes away under Stanley’s dominating misogyny, and yet, she’s still at fault. Finding “motivation” by wedging herself between Rose and Fred, be it sexual confusion or insults, as Rose torches her ambitions for a life of motherly and wifely servitude. It’s all so…pardon my french…fucked.

“Fucked” in a positive light, though. Decker twists these little notes that turn a proverbial screw, like Rose’s physical appearance and makeup transformation scene by scene. The further we get into Shirley, the more Rose adopts Ms. Jackson’s tics and mannerisms and appearance (in need of an exorcism). Cinematography favors darkened corridors and dimly-lit bedrooms that echo isolation (sometimes stuffily so), sending mixed messages about viewing yourself above middle-class schlubs (the loneliness of brilliance). Shirley comments on classism, hubris – man’s/woman’s ugliest qualities – but at the same time, Decker uses Shirley to lash out against the same toxicity she’s poisoned by (purposely spilling her red wine on a priceless couch). At times, messages are mixed – but they’re always pointed.

To no shock, Elisabeth Moss continues her parade of noteworthy performances as the eccentric, abusive, and equally tormented Shirley Jackson. Moss conveys magnitudes through nothing but glances past greasy clumps of hair, sometimes when eating mashed potatoes from the serving bowl or smoking cigarettes while tucked under linen bedsheets. Her frantic pounding on typewriters is a mood any writer will understand. Still, Moss’s grandest accomplishment is transitioning seamlessly between predatory tactics and her painful pride-swallowing after another verbal Stanley finisher. Who, might I add, is classic Michael Stuhlbarg character acting with an energetic (albeit repulsive) presence. Certainly a cut above Lerman’s milquetoast, useless male “breadwinner” (by design) who doesn’t deserve an ounce of Odessa Young’s properly exquisite companionship. The stage is set, and the players know their roles. It’s just that Moss always seems to be the most impressive, utilizing this “Emancipation Of Rose” guise to weave her sticky web of misconduct. 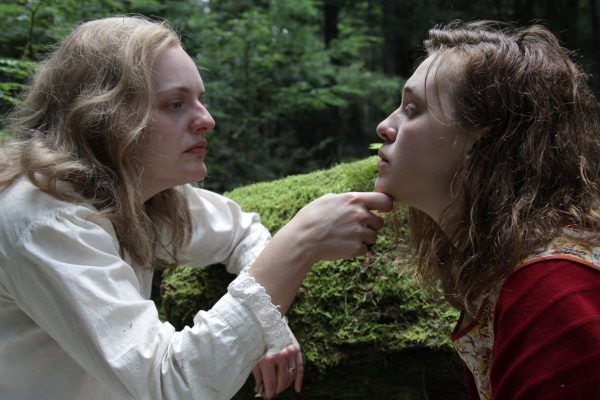 Shirley is a successful character piece that might not be historically accurate but is gosh-damn bewitching. Josephine Decker evokes the “off-Broadway” theatrics of Madeline’s Madeline (her previous feature) by turning Shirley into a twisted stage play in the way events are telegraphed, or conversations are emphasized. Don’t be mislead – Shirley is an unconventional horror story. One that Shirley Jackson would (probably) narratively appreciate, given how the cretins and goblins of Sarah Gubbins’ screenplay adaptation are of chilling, invasive regards. Not “horror” of the mainstream sense, mind you. Something more compulsive and insinuated as intentions become inseparable between good, evil, and the purgatorial medium in between.