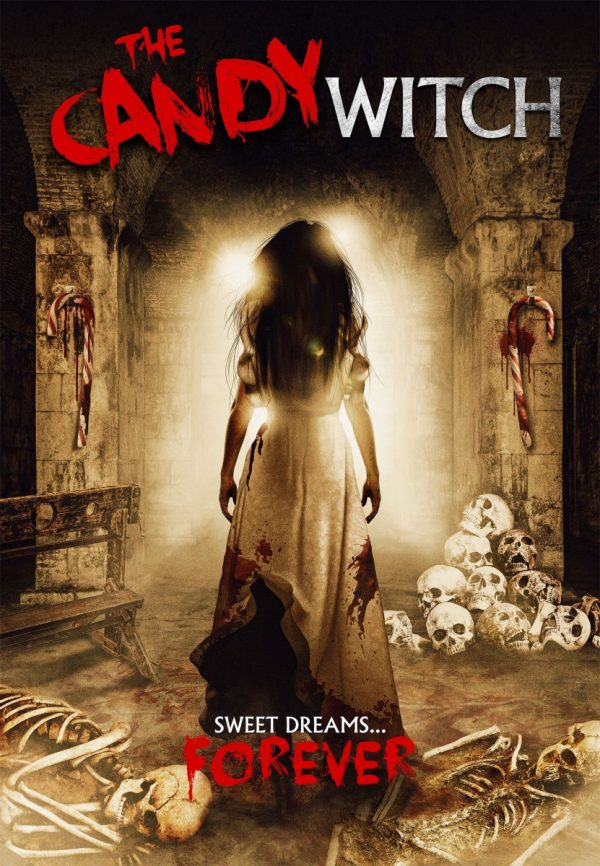 The Candy Witch seeks vengeance on the wealthy family that wronged her. 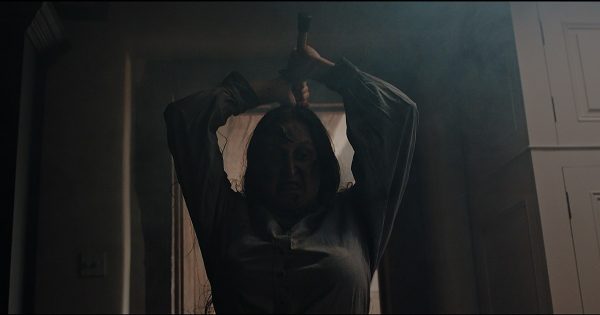 Independent horror films love to tout an insane concept, accompanied by equally deranged promotional artwork, but few ever honor “batshit” promises. The Candy Witch, at least, promotes itself correctly. A resurrected witch kills victims with sweet treats. Do you yearn for a slasher where someone gets choked out with licorice rope (this has to exist somewhere in Troma history, no)? Rebecca Matthews blends hints of the Pentecostal with delicious murder motivations, albeit within a fundamental supernatural architecture. You’ve asserted your intentions by opening on an overused jump-scare popularized by Lights Out (still not the creator, even). Mimick, swap some kills, call it a night.

Reece (Jon Callaway) and Kat (Abi Casson Thompson) are paranormal-investigating lovers who host a popular online program (or run a massively subscribed-to account). They’re called to the countryside with reports of “The Candy Witch” haunting homeowners. She’s fabled to appear with a weaponized candy cane, which she uses to exterminate targets. Reese makes contact with the spirit but soon learns there’s a darker history on the premises than Ruth’s (Heather Jackson) family initially divulges.

Scott Jeffrey’s screenplay seems more interested in sugar-coated deaths than the overall haunting narrative. Residing within a rustic estate straight out of Tolkien’s Shire are parents and children who harbor plot-twisty secrets which aren’t all that twisty. Any “spooky” elements about The Candy Witch are recycled one-hit scares enacted without anywhere near replicated enthusiasm. The “behind the back” hallway cross, aforementioned “lights on, lights off” jolt, “figure in the background” ominousness that’s less eerie and more standard. As someone who watches far more independent horror than the average consumer, trust me when I say even the most introductory genre fans have already endured these beats too frequently.

When it comes to Ms. Candy Witch and her arsenal of cavity-crunchy treats? Lord knows why said antagonist grabs for pink-and-blue cotton candy, or how it’d choke a victim to death when it disintegrates inside your mouth, but there’s an exploitation glee to it all. Also, how is The Candy Witch not a Christmas-themed horror flick? The titular torturer’s weapon of choice is a dagger-sharp candy cane that slits bellies and skewers genitals. Does someone get stuffed like a piñata with hard candies? You bet, which proves Rebecca Matthews understands the glorification of gore. What stumbles is rudimentary filler surrounding all this dessert-deadly carnage, especially when it comes to afterthought character arcs. 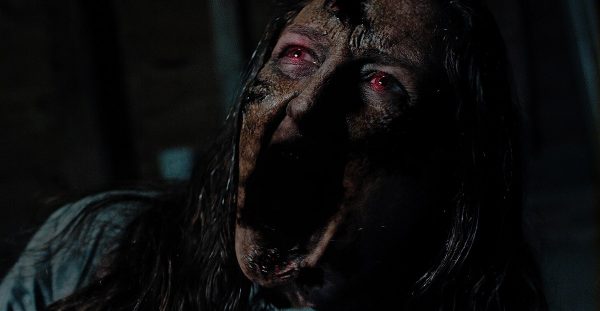 Central focus remains on the family in question, who position themselves as under duress. The truth? Lash wounds on both children and tales from nosy neighbors pose the Candy Witch’s return as leveled revenge. Something that should be more intriguing, but given stock character types, performative value is nondescript. “Sassy Daughter,” “Annoying Boyfriend Who Walks Through The Woods Alone,” and “Dad Who Knows More But Won’t Reveal Anything” aren’t winning any Academy Awards. Frankly, they’re only surface-value navigating the basicness of the story at hand, especially when it comes to death sequences where actors…well, the camera holds a bit too long we’ll conclude.

The Candy Witch is anything but dangerous decadence but spotlights a few kills that are either intentionally or accidentally hilarious. Practical effects work won’t dazzle you with Willy Wonka appeal, and yet, this is where Rebecca Matthews earns her horror credentials. It’s just unfortunate the entirety of The Candy Witch is so seen-it-before underwhelming, where aesthetics could be a Home Depot blueprint for “Starter Haunted House #2.” A film that begins with maggot-infested chocolate pieces and ends without equally sweetened staying power, delivering conceptual hooks through a lens that’s become all-too-familiar.