The Last Days of American Crime, 2020 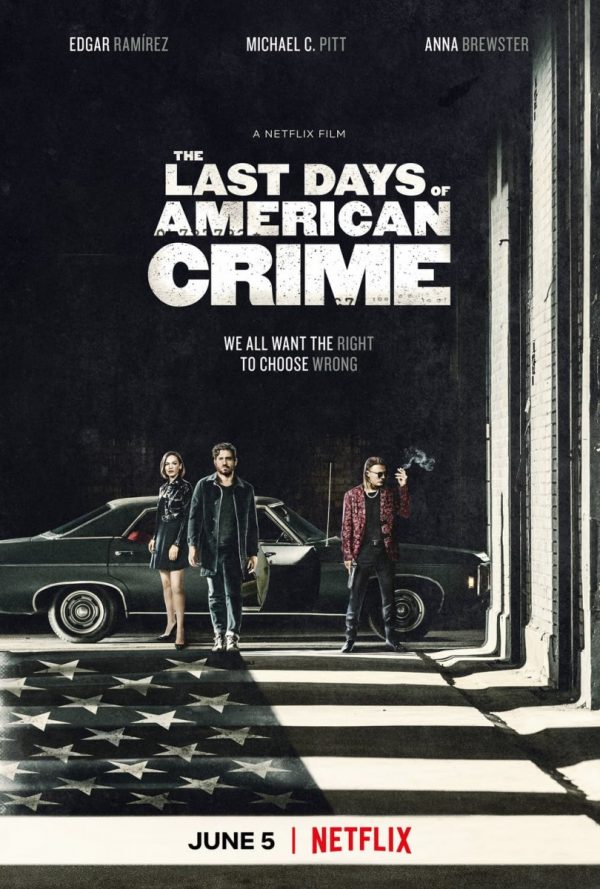 In the not-too-distant future, as a final response to terrorism and crime, the U.S. government plans to broadcast a signal making it impossible for anyone to knowingly commit unlawful acts. 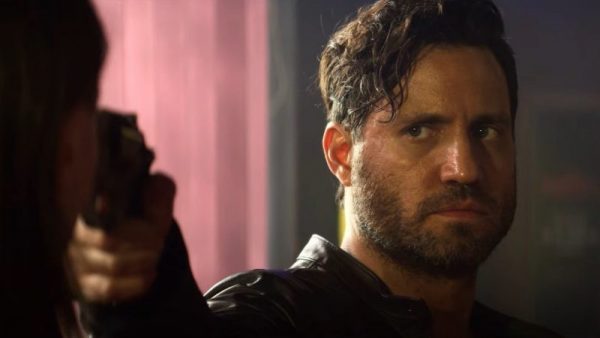 Though Netflix’s hands-off approach to the filmmakers they invite onto their platform is often a cause for celebration – would we have The Irishman otherwise? – there’s also a flip-side to their permissiveness, that more unruly, less-assured directors can find themselves over-indulging without sufficient oversight.

That’s absolutely the case with director Olivier Megaton (Transporter 3, Columbiana, Taken 3), whose new crime thriller The Last Days of American Crime – adapted from Rick Remender and Greg Tocchini’s 2009 graphic novel – is allowed to flail in the wind for a stamina-draining 148 minutes.

Megaton, a divisive filmmaker at best who could absolutely benefit from a ruthless producer to streamline his excesses, clearly wants to give audiences an epic mash-up of The Purge and Heat, but this turgid mélange of genre tropes ultimately boasts all the forward-momentum of a busted Roomba.

By the time this film was over, I felt tired and drained, despite screening it early in the morning. That alone speaks volumes to an end product with no clear sense of pace or dramatic thrust; it ultimately feels like a scarcely congealed collection of scenes and things happening in a certain order whose prime virtue is passing for semi-coherent. 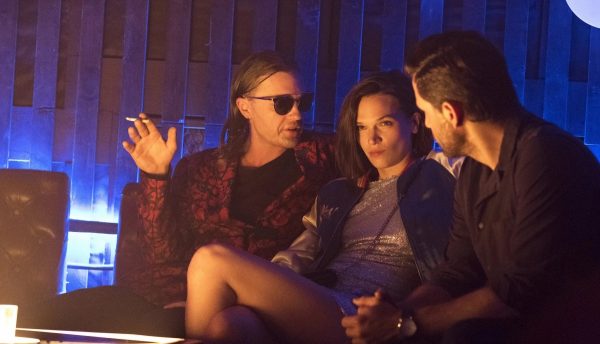 The plot is, at least, vaguely interesting, and certainly timely enough. In the near-future, the U.S. government’s last-ditch effort to curb crime sees them planning to broadcast a signal which makes it impossible for anyone to knowingly commit a crime. But in the days leading up to the switch-on, bank robber Graham Bricke (Édgar Ramírez) finds himself roped into a heist plot by eccentric criminal Kevin Cash (Michael Pitt) and his fiancee Shelby Dupree (Anna Brewster) – a plot to steal $1 billion from under the government’s nose just as the signal is turned on.

It’s clear from the log-line alone that, with an urgent, self-aware execution, there was sure potential for The Last Days of American Crime to be a riveting slice of timely pulp. However, its aspirations to both gonzo John Carpenter-esque thriller and contemporary polemic are drowned out by its thunderously dull commitment to pure formula.

Despite the neat hook, this is for the most part an extremely familiar heist thriller kitted out with a number of offputting filmmaking crutches; the highly expository chit-chat, periodic voice-over narration which spoons out every morsel of subtext, and groan-worthy “hard boiled” dialogue presumably intended to wow teenage boys. While the ribald verbiage might rouse the occasional smirk, far too often it’s full of hackneyed placeholder dialogue which only provokes unintentional chuckles (“I thought you were dead” / “Sorry to disappoint”).

But even as a straight-forward, wilfully trashy heist flick, Megaton’s film is a disappointment, with the aforementioned molasses-slow pacing ensuring that action sequences are shockingly infrequent – surprising given the filmmaker’s prior work. It isn’t until act three that the robbery actually takes place, and it’s even a little while longer before the signal gets turned on, ensuring the preceding 100-or-so minutes are largely comprised of bloated dialogues peppered with fitful, jerkily-assembled set-pieces. 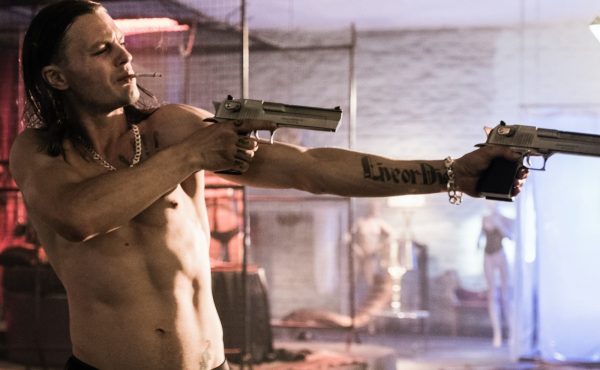 Megaton has proven himself a frustrating director in the past, particularly with the infamously choppy editing of Taken 3‘s action sequences, and in the very least this is a studied technical improvement over that movie. Despite the overall workmanlike visuals, it’s competently assembled for the majority, save for a few frustrating detours into shaky cam, and yes, staccato-style editing which makes it tough to keep track of the spatial language of a car chase in particular.

If the film is meanwhile trying to say anything, it makes The Purge series feel positively impassioned and righteous by comparison. We’re shown flashes of a government with a populist desire to return to the non-existent “good ‘ol days,” but the depictions of the rich exploiting the poor and a police state rising up lack the red-blooded vigour which could make the movie even faintly powerful in our present moment.

Even the few truly interesting narrative ideas – namely the police creating an amnesty for stolen cash, which will be rendered useless to criminals after the switch-on – rarely do more than skim the surface of their sure dramatic potential.

As for the cast, they’re largely comprised of talented yet underused performers; Édgar Ramírez cuts a solidly steely presence here, yet once again his chops are pretty much wasted on forgettable genre gumpth. Anna Brewster is meanwhile game to fit the film’s femme fatale requirements, and yet her character is far too often reduced to writhing eye candy for a sex scene or, later in the film, a damsel-in-distress. 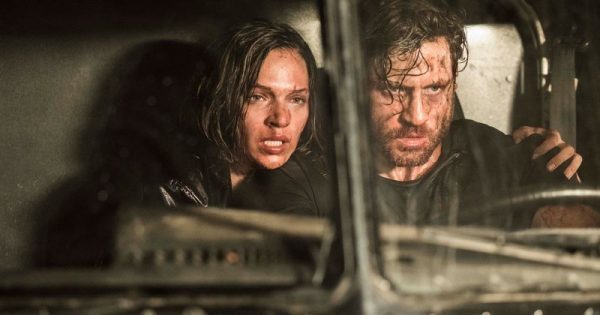 Elsewhere, Sharlto Copley shows up for a cup of coffee as a police officer who finds himself pulled into the heist, and given the utterly perfunctory nature of his character, it’s clear that his entire subplot could be jettisoned and immediately make the film a less-impatient sit.

Without question the acting highlight comes from Michael Pitt, whose scenery-nibbling performance suggests an acute awareness of quite what he signed up for. With his fluctuating vocal tenor and seemingly random bursts into song and dance, Pitt treats the film like his own personal sandbox, and accounts for the majority of its sporadic entertainment value.

All things considered, there’s probably a passably watchable crime thriller encased somewhere within this infuriatingly distended film. I was ready for it to be over a solid 45 minutes before the end credits finally rolled, at which point I decided I couldn’t in good conscience recommend it even as white noise for the bored or hungover.