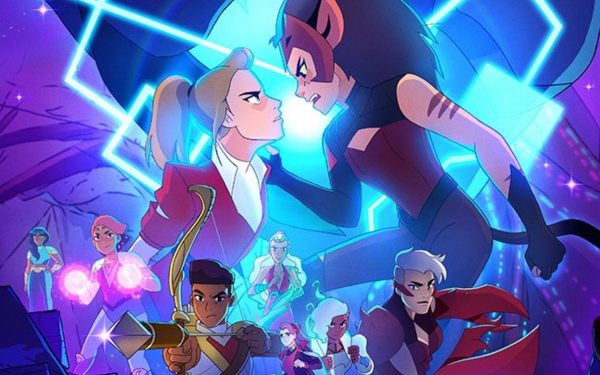 Season 5 kicks off with a lot of heavy realizations and confrontations. Adora, while not being able to channel She-Ra, still believes she can save Etheria. While she doesn’t have an initial plan, she sticks with her guts in wanting to save everyone. Currently, Etheria is being ransacked by Horde Prime goons and the entire planet is being lifted out of its dimension.

Every episode seems to move at warp speed because so much is happening all at once. Princesses are turning evil and fighting everyone. Glimmer is still captured by Horde Prime and Catra is still planning revenge on Adora. Catra and Glimmer form an unlikely bond that neither of them expected. 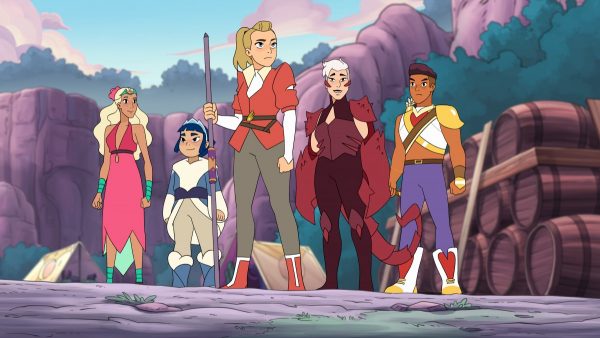 But what is clear is the growth of the characters. It’s sort of like watching kids grow into adolescents. Being able to see a slightly older Glimmer, looking similar to her mom, Queen Angella is a tear-jerker for fans. Catra quickly discovers that Horde Prime is nothing like Hordak and she can’t get into his good graces. No matter how much she pledges her allegiance to Horde, he thinks she is ultimately weak but a valuable pawn. Catra and Adora fight again but this time, Horde has put an evil chip in Catra that won’t stop her from killing Adora. Horde can control her mind and the two face off one in an epic battle.

Adora alongside a few princesses and Entraptra ( yes, even Entraptra) finally finds a way to get back to Etheria. Once they get there, they are met with gloom and despair as the bright, joyful and warm planet of Etheria is dark, gloomy and covered in Horde Prime soldiers. However, Adora and friends aren’t scared of Horde Prime, what terrifies them is having to fight their friends who have been turned into Horde Prime minions. 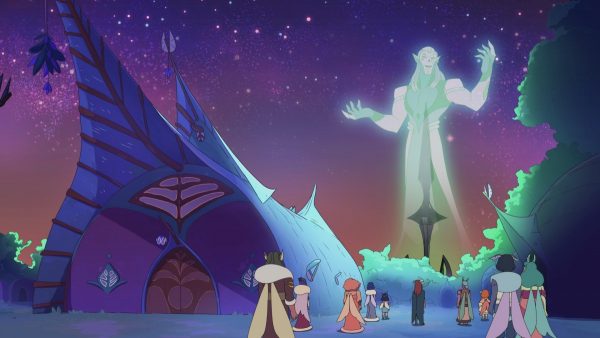 Season 5 also gives us a big dose of magic. Not just regular pretty magic, but a little dark and superstitious magic. Before Adora goes to Etheria, she stops at the planet where Horde Prime last inhabited. While she looked for clues, Catra found a new friend who sees the good in her.

It’s always cool when fans get what they’ve predicted. All the relationships fans shipped actually happens but not in a way that patronizes the viewers. It is emotional and adventurous while still entertaining to kids. I personally cried a few times because the season is that good. Adora finally realizes that she not only loves Catra but she is in love with her and sees her future, older self being her partner. The unlikely here in this season is Shadow Weaver who is one of the few people who tells Adora the truth about herself and her relationship with Catra. 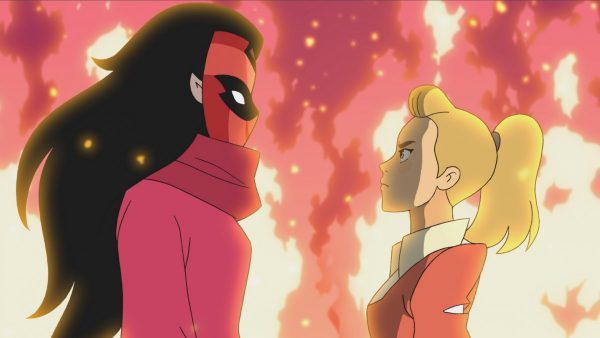 Not only in the diversity and representation in full blast in She-Ra it’s just a good story! The animation, the characters, the storyline—everything is just good. It’s sad that it had to come to an end but if it must it has to go out with a bang and lots of tears.