Whatever label you wish to slap on it- resurgence, revival or renaissance- there’s no escaping the inevitable cold-hard truth; Hollywood is finally taking the Horror genre seriously. Naturally, in the wake of this recent phenomenon, there has been a renewed interest in Stephen King’s works. Last year alone, we saw a remake of Pet Sematary, the conclusion of the epic It storyline, a Netflix adaptation of the Stephen King/Joe Hill novella In the Tall Grass and the much-anticipated sequel to Stanley Kubrick’s The Shining due to be released in October, called Doctor Sleep. In this article however, my intention is to draw your attention to five Stephen King adaptations, both old and new, which may have flown under your radar which are worth revisiting this Halloween. 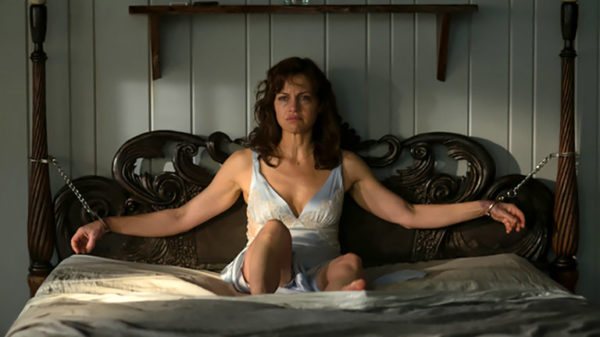 Director Mike Flanagan metamorphosed into an overnight sensation with his uber creepy gothic-horror Netflix TV series The Haunting of Hill House, based upon the Shirley Jackson novel of the same name. But his very first collaboration with Netflix was in the form of a lesser known psychological horror-thriller by the name of Gerald’s Game, based on Stephen King’s 1992 novel of the same name.

The story follows an estranged couple-Jessie and Gerald- as they attempt to rekindle their sex life and how things spiral horribly out of control there after…I’ll get the obvious out of the way. This movie is not an easy watch. But don’t let that deter you. For once you press play, you will be immediately sucked into its vortex and become utterly hypnotized by what’s unfolding onscreen. Gerald’s Game is an extremely dark drama which tackles a myriad of heavy themes. However, the central focus is an exploration of, the inescapable toll unresolved childhood traumas takes, on an individual’s life. Nightmarishly surreal visuals coupled with a claustrophobic setting, only serve to heighten the sense of unease which permeates throughout the movie. The success and failure of Gerald’s Game pivots entirely on actress Carla Gugino’s acting prowess. And she truly knocks it out of the park, turning in a multi-layered performance that is equal parts heartbreaking, nuanced and devastating. This is a movie that will keep you at the edge of your seat with its unpredictable narrative, and powerful performances. Gerald’s Game is not only a bold psychological horror-drama but it stands as a testament, that what truly frightens us most are our own inner-demons, and not things that go bump in the night. An absolute must see.

Fresh off the success of his critically acclaimed masterpiece The Usual Suspects, director Bryan Singer settled to adapt a Stephen King novella titled Apt Pupil, as his follow up act. In it we follow the story of high-schooler Todd Bowden (Brad Renfro) who develops an unhealthy obsession over a fugitive Nazi war-criminal Kurt Dussander (Ian McKellen), leading to disastrous consequences.

Ian McKellen is in top form here, delivering an utterly chilling and truly unsettling performance as the ex-Nazi officer. He is a man hiding from the world, as well as his past, which he prefers to keep, buried deep. But the introduction of the youthful Bowden into his life triggers something within Dussander, sending him on an inescapable downward-spiral to his former evil self. The late Brad Renfro is more than a match for Ian McKellen, capturing his manipulative charm as well as his much darker tendencies with ease. From the get-go the entire narrative plays out like a complex cat & mouse game with each of them attempting to outwit, outplay and outlast one another until we reach the terrifying conclusion. In the end the audience is left in doubt, as to ‘who’ the real villain of the story is – Bowden or Dussander? And therein lies the sheer brilliance of this movie. As Bryan Singer himself so aptly (pun intended) puts it “Apt Pupil is a study in cruelty, with Nazism serving as a vehicle to demonstrate the capacity of evil.” Make no mistake, there is no sympathy for the devil, not in this movie.

Swedish director Mikael Håfström came under Hollywood’s radar when his movie Evil, a coming of age drama based on Jan Guillou’s semi-autobiographical novel of the same name, was nominated for an Academy award in the Best Foreign Language Film category. 1408 follows Mike Enslin (John Cusack) a cynical author who investigates allegedly haunted houses, despite being a staunch sceptic of the paranormal. One day he receives an anonymous post-card that piques his interest enough to go and investigate. However, he gets much more than he bargained for… in Room 1408.

In the late 90’s and early 2000’s John Cusack was on a winning streak, playing odd-ball leading man roles that won the hearts of critics and audiences alike, in movies like Grosse Pointe Blank, Being John Malkovich and High Fidelity. However, since of lately this talented and versatile actor has shunned away from the razzmatazz of Hollywood, due to his commitments as a political activist. 1408 is a rare instance in which Cusack dabbles in the horror genre but never for a moment did this affect his performance as an estranged father, which is compelling and believable at every turn. You can feel the pain and grief he has endured over the years, following the loss of his daughter. Samuel L. Jackson in his limited screen time also turns in a decent performance as the hotel manager Gerald Olin. In addition to the conclusion found in the default theatrical cut, there are three alternate endings to 1408 which were shot. But I’ll let you be the judge of which one is the more apt or superior ending. Dripping with atmospheric dread and memorable performances, 1408 is a solid good old-fashioned ghost-yarn which is certainly worth your time this Halloween. 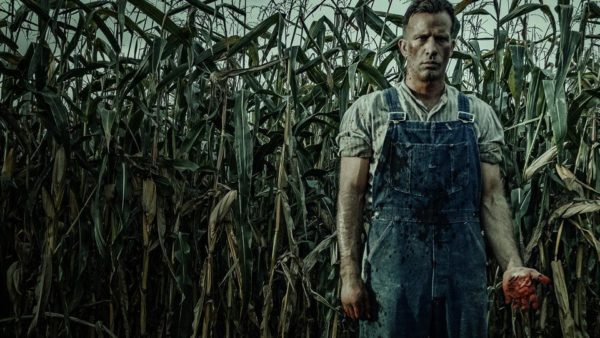 Actor Thomas Jane appears to have a curious affinity towards Stephen King’s work, with 1922 being his third outing in a Stephen King adaptation, following Dreamcatcher and The Mist. This Netflix production directed by Zak Hilditch (These Final Hours) came out in the same year that Gerald’s Game and It: Chapter One did, and a as result flew under the radars of most movie goers. 1922 tells the story of Wilfred James (Thomas Jane), a conniving rancher who plots to murder his wife for financial gain along with his young son (Dylan Schmid). But their bloody scheme is simply the beginning of a series of macabre incidents that would soon follow.

1922 is a masterfully helmed movie and props to director Zak Hilditch for his outstanding contribution here. I’m not overly familiar with his efforts, but by God, if his work here as both writer and director is any indication, we can expect great things from him in time to come. This is a very bleak and claustrophobic affair, especially when we reach the half-way point after the murder. Both the score and cinematography play an integral role heightening the suspense and sense of unease that is present from the outset. But everything pales in comparison to Thomas Jane’s tremendous performance. This is easily his career best, and he crafts a complex multi-layered character avoiding the usual pitfalls and clichés associated with portrayals of this nature. He is supported quite ably by both Dylan Schmid and Molly Parker, who truly shine in their respective roles as both son and wife, in the time given to them. All in all, 1922 is a riveting and thoroughly engrossing horror-drama which grapples with serious themes that is certainly worth checking out. 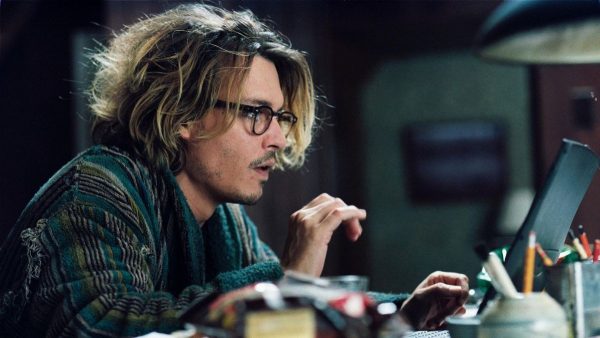 I’m not going to lie, Johnny Depp’s involvement in this Stephen King adaptation was the primary reason I watched this. Following the unexpected success of his breakout role as Captain Jack Sparrow in Pirates of the Caribbean: The Curse of the Black Pearl, Depp became a hot property in Hollywood. And it was in this strange time period of career resurgence, that this movie was made. Suffice to say Depp’s quirky and captivating performance is one of the biggest highlights of Secret Window. Based on a novella by Stephen King called Secret Garden, Secret Window the story concerns an acclaimed author Mort Rainey (Johnny Depp) who in the wake of his divorce develops writers block. Hoping to cure this affliction he retires to his isolated lake-house, only to find himself being stalked by a would-be scribe who accuses him of plagiarism.

Acclaimed scribe David Koepp (Jurassic Park, Mission: Impossible) guides the proceedings with a steady hand behind the camera as director, keeping the movie taut with suspension throughout. Depp’s delightfully eccentric performance is complimented by an equally engaging turn by John Turturro as the film’s intimidating antagonist. Although there are a few cliché-ridden instances in the narrative Koepp’s strong script keeps things afloat. Secret Window is not without it flaws, but as far as Stephen King adaptations go this is an underrated affair which certainly merits a re-watch.