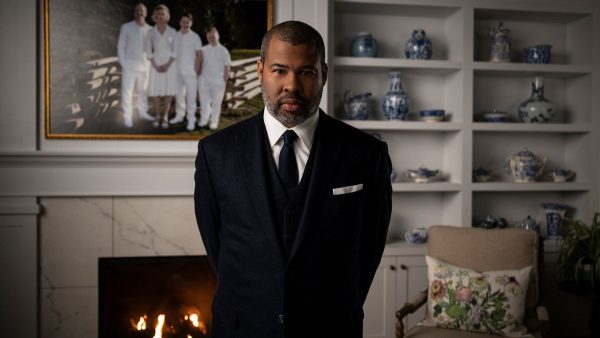 Despite being fronted and executive-produced by the brilliant Jordan Peele (Get Out, Us), the first season of CBS’ recent The Twilight Zone revival was something of a disappointment.

Far from the incisive blend of social commentary and knife-twisting horror seen in Peele’s films, season one too often presented a mild array of predictable shocks, while its strains for social currency were laid on with an oft-embarrassing thickness.

And though season two certainly isn’t a perfect reset for the show, by dialling back the sledgehammer-subtle commentary and drastically reducing the average runtime of each episode, this new batch of stories – all dropped ready to binge on release day, no less – makes for a far more satisfying experience. And so follows a capsule review of each episode: 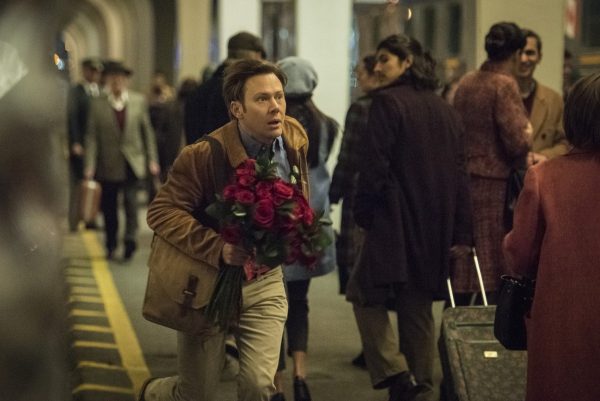 “Meet in the Middle” – directed by Mathias Herndl.

Jimmi Simpson is remarkable as Phil, a lonely man who makes a sudden psychic connection with a woman (Gillian Jacobs), leaving audiences to consider whether the link is real or he might be losing grip of his sanity. Regular Twilight Zone cinematographer and occasional director Mathias Herndl does a great job keeping the audience on a knife edge here, leading to a ludicrously entertaining final reveal. A strong start to the season.

As the season’s only episode written by Jordan Peele himself, “Downtime” is a bit of a mixed bag, starring a typically stellar Morena Baccarin as newly-promoted hotel manager Michelle, who soon discovers her reality isn’t at all what she thought. In spite of some interesting ideas and a strong Baccarin performance, this eventually feels a little too indebted to at least a few superior Black Mirror episodes. It doesn’t quite come together in the end, but at just a half-hour in length, it’s sensibly brief.

“The Who of You” – directed by Peter Atencio (Key and Peele, Keanu).

It’s probably no accident that Peele’s regular collaborator Peter Atencio was gifted the best of the ten episodes, a delightfully entertaining riff on the body-swap genre, with struggling actor Harry (a brilliant Ethan Embry) discovering he’s able to enter a person’s body simply by locking eyes with them. A brilliantly confusing noodle-baker, Atencio asks the audience to keep up as Harry’s predicament becomes increasingly complex.

Though occasionally hilarious, Atencio turns the screws wonderfully throughout, ensuring this is a disturbing and eventually brutally ironic story. Again, Embry’s multi-faceted performance, which asks him to conjure numerous different personas within his own body, is fantastic, and the easy highlight of the entire season. 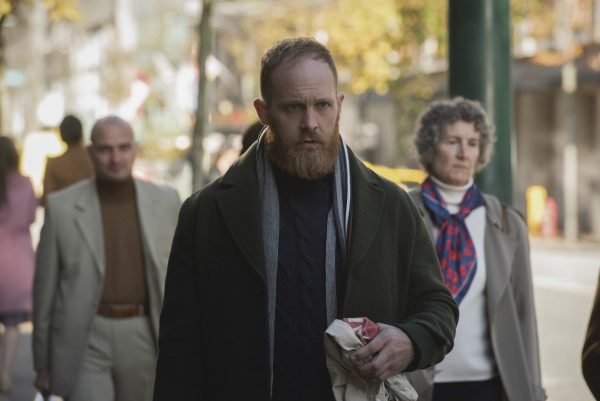 Struggling singer Jasmine (Jurnee Smollett) finds herself unexpectedly thrust into the spotlight following a tragic accident, but soon struggles to cope with a chorus of applause which literally follows her everywhere she goes.

Despite solid performances – including a fun appearance by Thomas Lennon as a sleazy reality TV show host – this is a relatively thin satire of the entertainment industry’s soullessness. It takes a good while to make its rather simple point, and the climactic rug-pull is a little too silly for its own good. Given the talent involved, a sure disappointment.

“Among the Untrodden” – directed by Tayarisha Poe (Selah and the Spades).

New boarding school transfer student Irene (Sophia Macy, daughter of William H.) soon enough ends up bullied by the school’s popular girls, until Irene discovers that one of them, Madison (Abbie Hern), possesses psychic abilities. Though offering up an interesting subversion of the stock Carrie plot, conceptually it’s a bit of a mess and doesn’t deliver a particularly satisfying resolution, despite strong work from Macy and Hern.

“8” – directed by Justin Benson and Aaron Moorhead (Spring, The Endless).

It’s great to see indie horror wunderkinds Justin Benson and Aaron Moorhead bringing their talents to this show, for a vaguely Lovecraftian, claustrophobic horror jaunt in which a team of scientists – led by Joel McHale – end up battling an uncommonly intelligent octopus. Though hardly the most original of creature features, it’s sharply executed by Benson and Moorhead, whose trained eye for startling imagery and stark atmosphere serves them well here – not to forget the fitfully gory moments throughout.

The visual effects are shockingly impressive for a TV show produced at this price point, and though things get perhaps a little too daft in the final stretch, this is a pacy, knowingly pulpy romp for the most part with a cannily short 30-minute runtime. 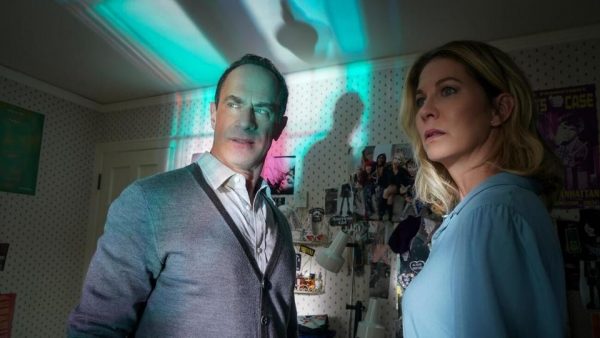 Christina Choe, who directed the previous season’s highly divisive “Not All Men,” returns for a chamber piece in which a married couple (Christopher Meloni and Jenna Elfman) grieving the loss of their daughter come face-to-face with an otherworldly interloper in their basement.

Confined largely to the couple’s house, the episode’s success is a testament to both Alex Rubens’ script and the remarkable two-hander between Meloni and Elfman. Just when the idea seems to be running out of steam, a neat sting in the tail switches things up, turning in an interesting subversion of typical alien invasion tropes.

A bereaved husband (Damon Wayans Jr.) discovers a scale model of the very town he’s residing in, any changes to which are also translated to the actual town itself, which the sleazeball Mayor (David Krumholtz) quickly takes credit for.

There’s a devilish simplicity to the core concept here, which when married to some entertaining political commentary makes this a really fun episode, especially as the experiments on the town become increasingly outlandish – and, eventually, horrific. Wayans is strong as the lead, but Krumholtz almost runs away with the episode as the cartoonishly sleazy Mayor.

Charmer Marc (Topher Grace) has a meet-cute with the lovely Claudia (Kylie Bunbury), only for it to soon become clear that this isn’t the first time Marc has lived out this day. Effectively a horror-themed version of Groundhog Day played out from the target woman’s perspective, Alex Rubens’ script touts an interesting cosmic spin on issues such as gaslighting and harassment, with a neat splash of existential terror thrown in at the end.

Grace, who can admittedly play a creep in his sleep by this point, is exceptional as Marc, and though it lays on the buzzword commentary more thickly than any other episode, it’s still a ton of fun.

All in all it offers up a simple statement on what happiness means – or rather, doesn’t – in the modern world, and even positioning the episode as a sort-of sequel to the legendary 1962 Twilight Zone episode “To Serve Man” – complete with a cameo by the alien race the Kanamit – can’t inject it with much interest. Gretchen Mol certainly acquits herself well as the housewife desperate to get her hands on a mysterious new consumer item, “The Egg,” but the concept never feels fully-formed. 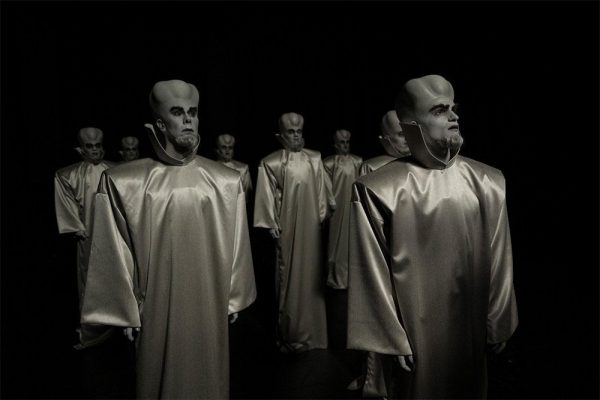 Though still less-consistent than fans might be hoping for, the second season’s lows never reach the depths of the first, and its highs are higher than anything we saw last year. It doesn’t boast the satirical precision you’d expect with Peele’s involvement, but still proves plenty entertaining.

The general production is meanwhile solid; lensing is precise and dynamic, even with how nauseatingly washed-out it can look at times, and the visual effects are impressively high-fidelity for the budgetary restrictions at play. Peele’s velvety voice-over meanwhile ensures his book-ending pieces-to-camera are dishily compelling, if perhaps spelling out each episode’s themes a little too eagerly sometimes.

For those dismayed by season one’s almost hilariously on-the-nose approach to social commentary, it’s clear that Peele and co. have taken onboard the feedback, ensuring this new volume of episodes isn’t trying quite so hard to beat viewers over the head with a message. An incremental improvement over the revival’s mixed first season, with the binge model proving the perfect delivery system for these bite-sized stories.