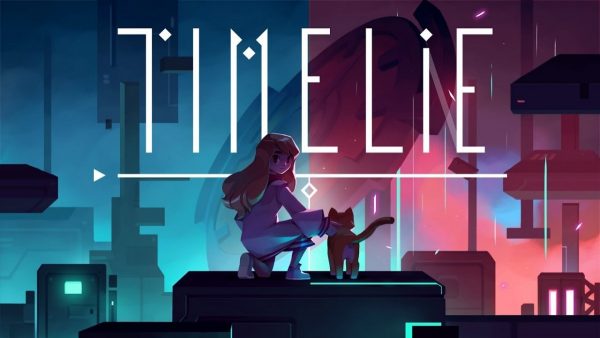 Let’s address the elephant in the room upfront: Timelie is not a typo. It’s the correct spelling of this isometric puzzler, which has apparently been named with the express purpose of vexing anyone who has to write about it. I mean, the first draft of my review is littered with squiggly red lines because Microsoft Word is adamant that I must surely have made a mistake. The SEO is a nightmare as well, with Google automatically presuming that you’re looking for the Gerard Butler flick Timeline from 2003 instead. In fact, to actually find the fucking thing on a browser, you’ll need to enter in its full moniker followed by the word ‘’game’’, just to prove that you really mean it.

It’ll be a real shame if this problematic branding condemns Timelie to obscurity because, awkward title notwithstanding, it is pretty fantastic. Sure, the indie offering does bear many of its genre’s typical hallmarks (a clean, untextured art style, a minimalist score, and dialogue-free storytelling), yet it manages to rise above the competition thanks to its fun central conceit and inventive trials.

The narrative, such as it is, revolves around a young girl who awakens in an ambiguous facility that has been decorated with oversized chess pieces, esoteric monoliths, and abstract hieroglyphics that light up in her presence. Upon leaving what we assume to be her quarters, the child discovers that she has dominion over the flow of time and subsequently embarks on a journey to locate four artifacts that are imbued with some kind of mystical power. Along the way, she teams up with a cute kitty (that has an undisclosed significance to the plot), is hunted down by an army of security droids, and has to outrun a mysterious force that seems to be eating away at the past itself. Kind of like The Langoliers. 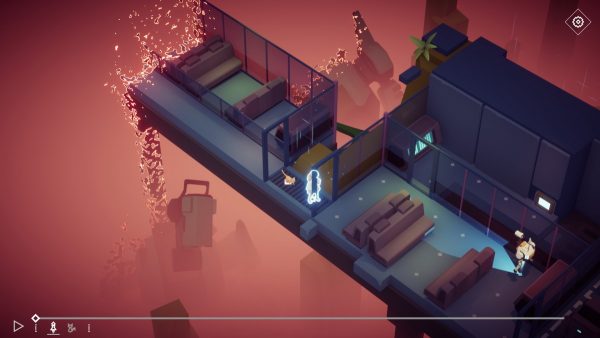 As that extremely vague synopsis no-doubt indicates, the game has a very cryptic premise, one that largely serves as a framework for linking together the 40+ stages you will be journeying through. There are hazy allusions to wider themes and deeper symbolism underpinning the whole experience (what with all the caged bird imagery and inexplicable chessman), but it’s not a truly compelling yarn in its own right. Rather it’s more like the obligatory backdrop to a cool music video, insofar as it’s used to propel things forward with enough artsy flair to keep you reasonably invested.

It’s probably for the best that the developers don’t focus on the plot or characters too much, because they are clearly just a means to an end. Indeed, whenever they do try to flesh things out (like in the extended climax) it’s almost always to the game’s detriment, as the pacing grinds to an absolute halt and you ultimately grow impatient to return to the main attraction: i.e. the puzzles.

Thankfully, these clever conundrums are more than worth slogging through tedious cutscenes. They’re varied, they’re satisfying and, above all else, they respect your intelligence. To give you a rough impression of what’s in store then, you’re essentially tasked with shepherding the child through a number of ‘’realms’’ via a tile-based movement system, wherein each action has a corresponding time expenditure. So the challenge is basically to chart the most efficient course possible for her to escape the room before the hourglass runs dry. 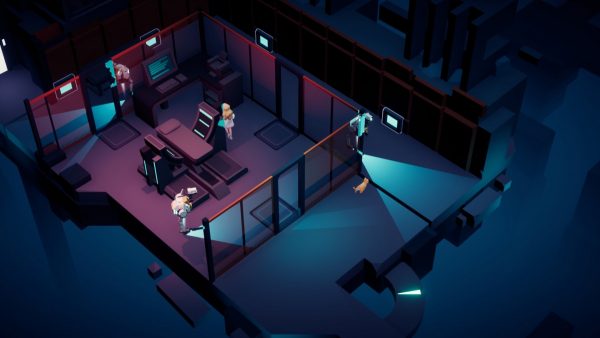 At first this job is relatively straightforward, however, as with any good puzzle game, complications are gradually layered on top of the rudimentary formula and your head will soon be spinning trying to keep track of all the competing variables at play. For example, you could be charged with evading a patrol of robots whilst also reconstructing a bridge, activating various mechanisms, and discerning how to unlock doors in the right sequence. And these meticulously designed Rube Goldberg machines only become more complex later on, when you are forced to simultaneously micromanage the movements of a stray cat as well.

Credit where credit’s due, the feline companion does at least have a few tricks up its own sleeve, like how it can create distractions by meowing (thus enabling you to lure enemies into traps or onto pressure plates) and squeeze through ventilation shafts in order to reach previously inaccessible areas. Meanwhile, the girl can use her temporal manipulation gifts to rebuild certain structures and disable the odd android, as well as to pause or rewind progress if you screw up. Naturally, the levels will require you to make use of both characters’ abilities in conjecture with one another because, even when they are separated on different islands, their scenarios are fully interdependent.

For an idea of what a typical ‘’realm’’ entails, you might start off by deftly manoeuvring your avatars around a patrolling squadron of robots, before splitting them up so that the girl can interact with a keypad and open a new passageway for the cat. The latter will then need to attract the attention of a guard so that it’s drawn away from monitoring a particular corridor. The girl can then reuse the aforementioned keypad to lock the robot into a room, whereupon the cat can make a hasty getaway through a conveniently-placed vent. 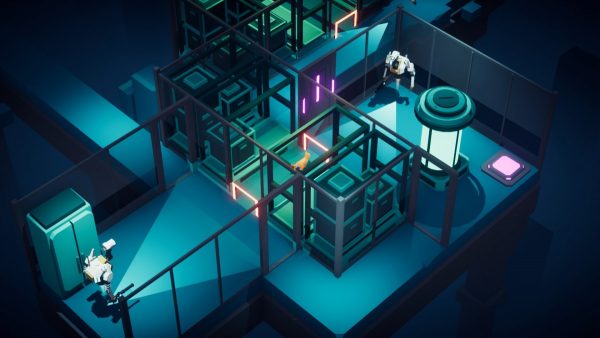 Granted, it’s quite tricky to visualise without proper reference material, but the rhythm is highly intuitive and once you reach the climax, you’ll be coordinating operations with swiss-watch precision. Speaking of which, after finishing a stage you are presented with the opportunity to revel in its flawless execution, courtesy of an uninterrupted replay that cuts out all the pausing and rewinding. Much like in Superhot, getting to observe your masterplan unfold without a hitch is a deeply rewarding feature and makes you feel like a stealthy virtuoso (even when it’s taken you 20 minutes in reality to crack the test).

If I did have any complaints about the gameplay, it would be that the solutions can occasionally be a touch finicky. Sometimes even the tiniest miscalculation can lead to all the dominoes tumbling at once, no matter how well orchestrated the rest of your scheme was. Luckily, the devs equip you with a safety net to prevent such catastrophes, in the form of a rewind function that lets you scroll back-and-forth through events as though you were watching a YouTube video. With this vital resource at your disposal, you will never have to worry about starting over just because the cat proceeded a nanosecond too early. Instead, you can simply rewind to the instance in question and delay your command until the opportune moment arises.

In short, the mechanic is a proper life-saver and stops you from getting overly frustrated or feeling the need to take a break. In turn, the momentum never really lets up and you’ll quickly find yourself caught in that addictive ‘’just one more level’’ loop that results in you finishing the game in a single sitting (On that note, it takes about 3 hours to dust off the entire campaign, although you are incentivized to revisit chapters by way of secret challenges).

All in all, Timelie is a terrific brainteaser that perfects the balancing act of compelling you to concentrate, without ever leaving you utterly stumped. The riddles are smart, the answers are logical, and there’s a well-judged difficulty curve that keeps you on your toes throughout. Were it not for a couple of quality of life missteps here and there, alongside a fairly boring story, it would be a certified must-play. As it stands, it’s still one of the finest puzzle games I’ve tackled in years. 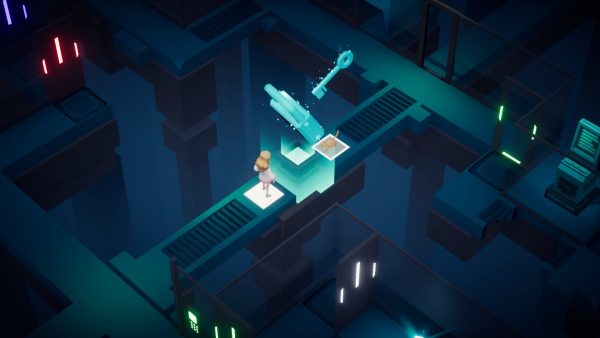