With arresting orchestral scores, understated nuance and subtle orchestration Marcelo Zavros has left his mark in film and television. Through films including Denzel Washington’s Fences, Stephen Chbosky’s Wonder and Todd Haynes’ Dark Waters, he has established a reputation which complements his extensive television work in shows like The Affair and Ray Donavan. In the run up to Emmy nominations he recently took time out to talk to Martin Carr about his involvement in The Loudest Voice. A politically charged and socially conscious expose of Fox CEO Roger Ailes, the SHOWTIME Limited Series produced by Blumhouse Television stars Russell Crowe. 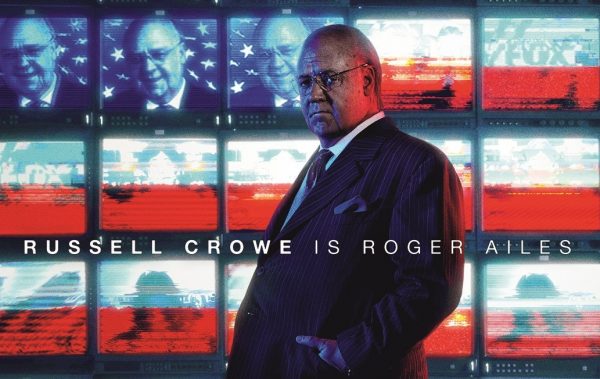 How did you first become involved in The Loudest Voice?

I had worked for Showtime a lot in different series and I knew someone who recommended me. They also knew my music and had done a temporary soundtrack with some of it. Alongside that I had also personally tracked this project and knew that Blumhouse productions, Tom McCarthy and Russell Crowe were all involved. So from that point of view everything came together and I was shown the first episode, loved it and then met with the film makers.

What thematic conversations did you have with show runner Alex Metcalf and Tom McCarthy going into the project?

One of the big things they wanted as a whole and especially for any music was for it to come from Roger’s point of view and not be judgemental. So from a dramatic perspective we had to try and play things from his viewpoint, rather than seeing it from our side with the knowledge of all his unsavoury actions. As I began writing the music and we went back and forth it began to naturally assume the shape of a thriller, but also when we deviated from this approach something seemed to get lost. One example is an episode which dealt with 9/11 and when I tried to play on the tragedy of that event it felt wrong, so we returned to his perspective which viewed it as a career opportunity and fed into everything which followed. The Loudest Voice was done chronologically so very early on it became apparent how important having events unfold from his point of view were to making things work dramatically. 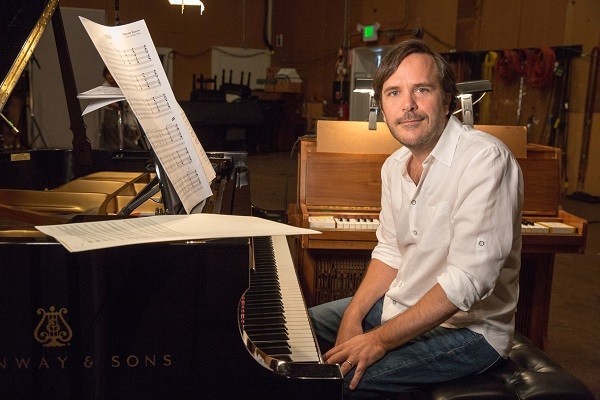 Beyond point of view how else do you think score helps maintain tone and character in The Loudest Voice?

There is a twist of patriotism to the music which feeds into Roger’s descent into his own personal state of paranoia and delusion as he got older. As he got weaker both physically and politically the music and the show becomes more like a psychological horror in a way, where Roger feels everyone is out to get him. Particularly when it came to the issue of harassment and all these women at Fox, firstly with Laurie Luhn who he systematically targeted for some time and then of course with Gretchen Carlson. For me by episode four the music becomes more expressionistically harsh and is a genuine turning point, as things become more abstract and dissonant following Roger’s increasingly erratic behaviour.

Bearing in mind the cultural and political sub-text which this show addresses, did you have any reservations about coming on board?

I always feel it is important to honour the project and do your best for characters however despicable they are. The whole point of this was to show what really happened without events becoming overly editorialised. You can never say this was a puff piece for Roger Ailes or that we shied away from addressing the monster that he was, but it was also important audiences reached their own conclusions. For me that is where the music really focuses, because if we had simply taken the side of history and been overt in hitting that nail on the head, it would have been less interesting dramatically. Also when they are big characters and you have charismatic actors playing them like Russell Crowe I also think you need to have a certain neutrality. There is no one involved who had any sympathy for his actions but at the same time we wanted to avoid it being a straight up hatchet job. For me it is hard because even if you are scoring for some type of psychopath a certain level of empathy is still required. I think it is important not to have hatred or contempt for any characters and that you leave your beliefs at the door, which is how I like to work. 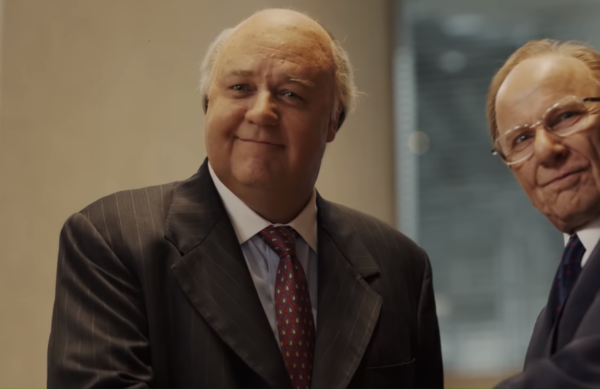 How would you say film and television differ in terms of creative freedom?

For this project in particular I feel the world of television and film has slowly merged into one and The Loudest Voice was my first time scoring an entire limited series. Doing a limited series score with full orchestral accompaniment was something I had never really attempted. The film makers also felt we needed this larger orchestral sound to portray this larger than life character. However, in terms of the freedom I have been extremely lucky particularly on my television work, where people have given me the liberty to do what I thought was right. Of course there are always notes but with The Affair, Ray Donovan and The Loudest Voice there has always been a lot of trust from those involved. For example two episodes in to The Loudest Voice we worked really hard to create the tone and find that balance of emotion and darkness. From there they really just let me run with it alongside the editors and do what we thought was right. It was also quite a tight schedule but the producers were really happy early on and Blumhouse in particular was very complimentary, allowing us to go further emotionally and psychologically with the score.

What are the important things to you personally which become a consideration before signing onto a project?

In the case of The Loudest Voice I was very curious about this figure who kind of defined America as we know it. Not to go too much into politics but Donald Trump is sort of a by-product of what Roger Ailes idealised. So I felt it was a very momentous thing and for me it’s always the balance of story itself, what I know they are looking for musically and in this case the fact that Tom McCarthy was involved – someone who for me is one of many important story tellers working today, especially in terms of more politically conscious and socially inclined subject matter. In addition I am a big fan of Alex Metcalf and Blumhouse who were also intimately involved in the creative process of scoring the series. A lot of the time my choices are based on nothing more than a lucky guess, because no one really knows how a project will turn out. As a composer you don’t always get the luxury of watching the whole thing, but as I said between the subject matter and past work from other creative players I tend to have what I need to make a good informed decision. 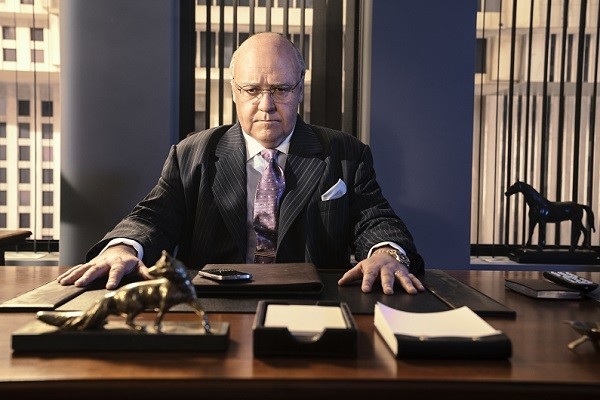 Are there any new projects you can discuss at present?

I just finished a film with Naomi Watts which is an Australian film called Penguin Bloom, which is a true story of a woman who suffers an accident in Thailand and becomes paraplegic. It follows how she comes to terms with these changes and adapts to life alongside her three sons. Together they adopt a bird and it becomes this psychological catalyst which triggers her need for recovery. There is also a short film directed by Maggie Gyllenhaal I just finished for a series on Netflix called Home Made. It was completely shot and produced in quarantine by various film makers and directors. Her film almost has a sci-fi aspect to it and stars her husband Peter Sarsgaard. Both of these projects I started and completed whilst in quarantine.

It would be spending time with my children for sure and kind of just really relaxing with them, whilst also having nothing written down on the calendar. That is my perfect Sunday afternoon.

Thank you for taking the time to talk to Flickering Myth and have a good day.

The Loudest Voice is available to stream across multiple platforms now.