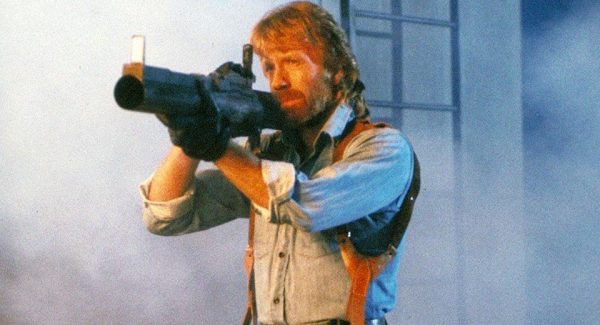 Those with a working knowledge of Cannon Films, the independent studio cranking out low budget genre fare through the 80’s, before over-extending themselves, will have a pretty good idea of their raison d’etre. After getting footing in the early part of the decade, they set about attracting stars to headline their films. Cannon was this odd mix of lowest common denominator genre tropes, and high ambition (which saw directors like Cassavetes and Godard attracted by the promise of carte-blanche to work with Menahem Golan and Yoram Globus). For the most part though, with their genre fare, plots and characterisation were a passing thought over delivering the requisite explosions or gore. As much as possible, on meagre budgets, they wanted to hit the spectacle levels of the big studios.

There’s something about many Cannon films that feel so unique to the studio. Films have an odd and excessive charm from an approach that was often the result of conflicting visions between both producers and the director/star. A lot of the films, to put it mildly are a hot mess, but in an unmistakably Cannon way. Without much self awareness (particularly from Golan, who tended to have a strong creative hand on many of the films and very ‘particular’ views on what sells) the ludicrousness levels were cranked up to 11, resulting in films like Lifeforce, or Invaders From Mars. 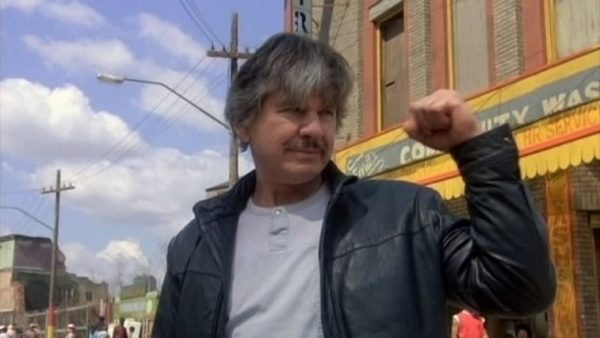 Much of the most iconic action work revolved around Charles Bronson and Chuck Norris. Norris was pretty popular by the time Cannon snapped him up. Bronson on the other hand had seen his career dwindle slightly by the beginning of the 80’s as he was well into middle age. Still, as a recognisable action star, Bronson was still a big draw, and Cannon were giving him the leading roles the bigger studios were no longer so keen to. Norris would be particularly successful with Cannon in his Missing In Action franchise and Delta Force. Bronson conversely, along with Michael Winner, brought Paul Kersey back into action as the Death Wish franchise continued under Cannon. When the first film became a cult hit, courting a little controversy along the way, who could have envisioned it stretching to five films (and indeed a remake)?

1985 arrives and Cannon release two of their most ‘Cannon’ films ever. The two films in question almost hit levels of unbridled lunacy seen in a spoof like Hot Shots Part Deux, only it’s not a joke. Death Wish 3, arriving, much like the second, to critical obliteration, was a hit with fans. It then proved hugely popular on video and in more recent times has grown a cult following for its cranked up insanity. Bronson, who barely breaks beyond a leisurely stroll as he takes out swathes of bad guys, ticks off a long checklist of high powered weaponry as he does so. Bronson as Kersey becomes a skit, in the kind of film that would inspire Simpsons mockery. 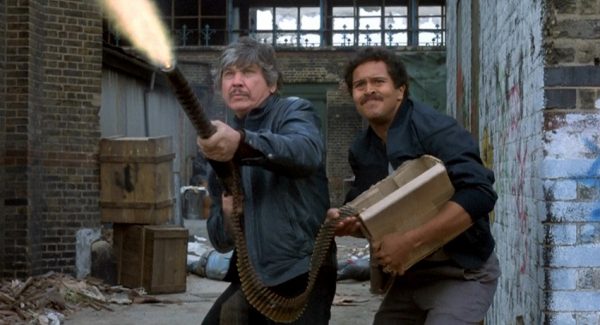 Kersey avenges the death of an old friend at the hands of a ruthless gang terrorising a downtrodden neighbourhood. The only person who can stop them is a middle aged man, and stop them he does. The drawn out sequences of Bronson standing in plain sight, on the spot, unloading ammo on a never ending stream of bad guys is funnier than anything the Zucker brothers could have come out with. Subtlety was never a Winner strong suit, and combined with Golan’s oversight, is all but non existent. Death Wish 3 then ends in the kind of manner you’d expect from the film that preceded it. Kersey blows Fraker (Gavan O’Herlily) out of a window into a million pieces, engulfed in the fireball of bazooka fire. Indoor bazooka use. So reckless, so Cannon.

The same year, Cannon struck gold with a film that crosses swords and fights Death Wish 3 tooth and nail to be crowned as ‘Most ludicrous but oddly awesome action film ever made’. Norris, in his prime is an emotionless, ruthless and relentless hunting machine, tracking down Russian terrorist Rostov, played (with typical aplomb by villain specialist) Richard Lynch. Here, Matt Hunter (yes he’s literally Hunter, the hunter) has a character trait. An actual character trait. He has a pet armadillo, and lives in the Bayou. Yeah, that’s about it. He also rocks double denim. 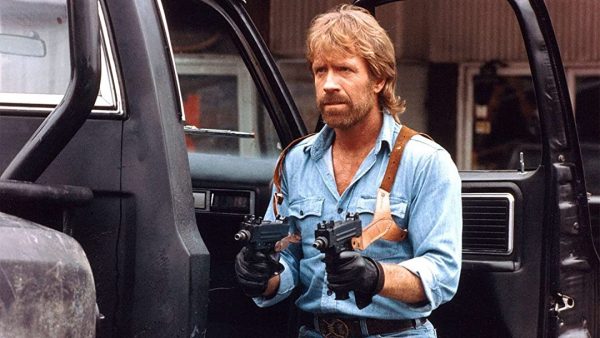 Invasion USA is a tour-de-force in excessive jingoistic lunacy. As silly as it might be though, it marked a fairly big budget for Cannon at the time and the film has masses of bang for your buck. In an era of great one man army cinema, and lots of explosive spectacle, all delightfully captured in camera, Invasion USA for sheer carnage stands up with most. The villain who is particularly ruthless with absolutely no discernible shred of humanity, absolutely menaces his victims as he and his Commy troops forcibly overrun the American public, going so far as to blow up an entire suburban neighbourhood (yes…with a bazooka). It’s savage, but so OTT that you can’t help but find it entertaining. Few studios did gleefully demented like Cannon.

So Norris ploughs his way through masses of bad guys. The film has a body count of 129, which almost seems like a conservative guess to me. Norris is a physical beast here too. He might have been well into his 40’s by this point, but still in great shape, doing an array of impressive stunts himself, as well as unleashing his trademark martial arts (though opting for firepower more predominantly here). From the iconic twin Uzi guns, to absolutely gutting a shopping mall, Norris tears shit up like only a select few action icons have had the license too (Sylvester Stallone as Rambo, Arnold Schwarzenegger as Matrix, Dolph Lundgren as Cherenko in Red Scorpion). The level of destruction here makes a Marvel film look like Driving Miss Daisy in comparison. Then we come to the final moment. Hunter blows Rostov out of a window into a million pieces, engulfed in the fireball of bazooka fire. Indoor bazooka use. So reckless, so Cannon.

Both films have become iconic around action loving circles, and for good reason. They’re ridiculous escapism. In many ways, no more silly than your standard comic book film, though bound by more of a real setting. The nostalgia factor, and how almost quaint the excessively jingoistic American action films of the 80’s now look, has certainly made them more accepted, whereas upon release both films would often be accused of being overtly nasty. It goes beyond irony though now and if you can take it as such, you’ll enjoy the excessive theatrics in both, whilst also being able to appreciate a bygone time where every moment of destruction in an action film was captured on set, and not added with CGI.