With the gaming headset market currently being swamped by extra-shiny objects of desire, each coming with a heavy price tag for the added bells and whistles, it’s rather refreshing to come across something that looks the part, but at the same time won’t a) be worrying your bank manager and b) bring you and you life partner to another tense, “you bought what!?” situation. 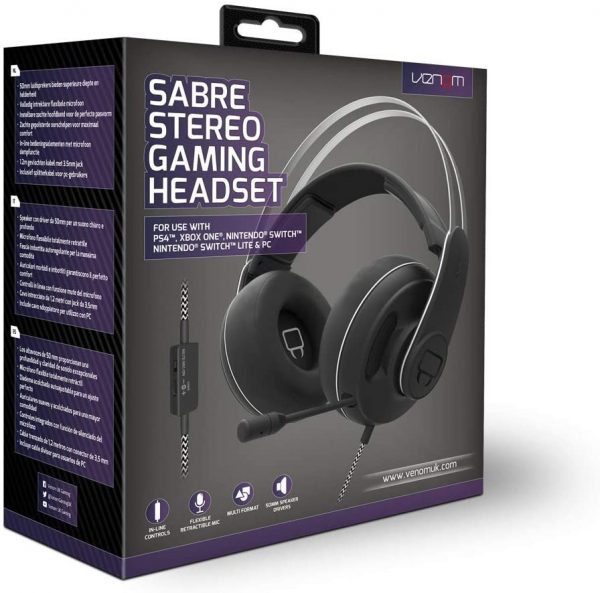 Venom has been involved in delivering gaming hardware for over two decades now.  I’ve still got (and use) my Venom Wii Light Pistol for House of Dead on the Nintendo Wii.  It’s a fantastic piece of plastic kit that hasn’t let me down yet.  So I am more than happy to put their latest bit of hardware, the Venom Sabre Stereo Gaming Headset, through its paces.

One thing that stands out before you even put them on is Venom’s attention to detail; they’ve made sure that you feel like you’ve paid a wee bit more than what was actually listed on the box. The production of the packaging is well done, all the way down to the Venom logo hidden on the cardboard slide; this is just perfectly placed and I’m honestly impressed by this alone. However, I know I’m judging a book by its cover and the proof is actually in the pudding. 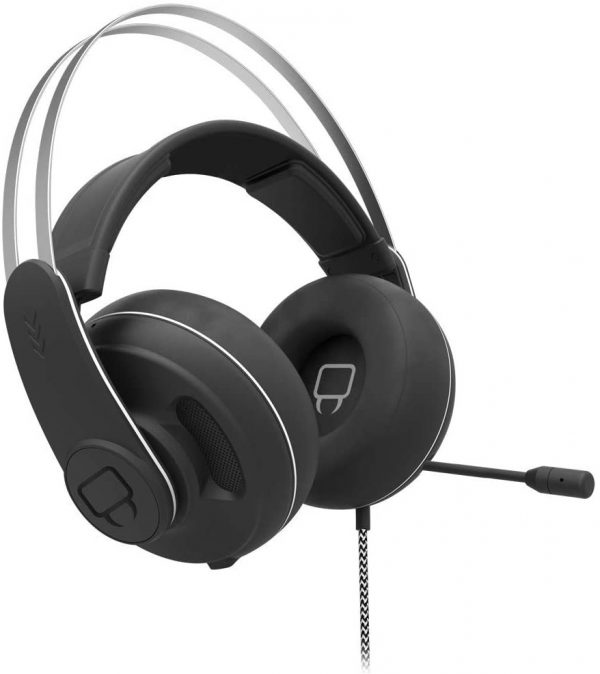 Out of the box, the Venom Sabre looks brilliant.  The metal headband – which is cushioned – stands out as professional in appearance – I’m too used to plastic headsets and now I’m met with this!   The headband is met at either end two amply cushioned headphones for your ears to enjoy through hours of gaming; here also the Venom logo is sat hidden.  It feels just fantastic sitting upon your head and ears too.  It’s one of the most comfortable headsets I’ve had and I’ve had some truly dire ones in my time, the worst being on my PS4: a god-awful Turtle Beach “One Ear only” affair.  For the price this is going for, I’m finding it astounding how much comfort Venom has given our gaming heads.

The sound, as you’d expect from the Sabre’s 50mm speakers, is just spot-on, and absolutely nothing is missed when you’re gaming.  As with most headphones today you’re only going to fail in the sound if you buy from certain ‘unofficial’ websites.  Buying official and supporting companies like Venom will certainly guarantee you a sound quality that cannot be faked.  Here the Sabre certainly delivers from the clear dialogue to a whizzing sniper bullet, captured and powered down your ears.

There is however a big issue with the microphone, one that I can’t work out Venom’s logic at all in creating.  Normally on headsets, when I want to stop talking to people I just flip the mic – easy!  However here on the Sabre that doesn’t seem to be the case.  Instead, it’s back to the old fashioned flick-switch on the cord, which also has a volume wheel.  You may be thinking, ‘What’s the problem with that?’ and here’s my issue: you can if you so wish push the microphone right up into the headset – if you’re not in the mood to use it –  butthis isn’t a smooth process mind you.  It takes a bit of wiggling before the mic begins its journey, I can’t understand why Venom went down this path, why not stick with the old “Flip mic to cut chat” or even just keep us with the flick-switch and steer clear of the retractable mic?  It just seems like fuss that will eventually cause the mic to fail. 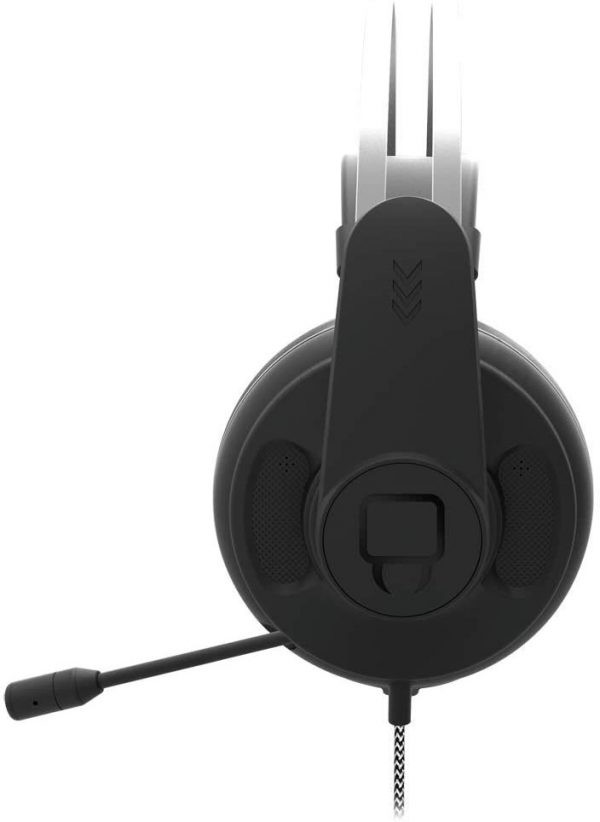 This however is my only real issue with the Venom Sabre, with it coming in at a truly fantastic price, looking great, feeling amazing, and delivering truly ace noises right into your ears what more could you ask for?  Oh yes!  It’s universal too, meaning not only can you use it on your PS4, but you can use it on your Xbox One, your Switch, your PC, and your Mac.  So yes I think the Venom Sabre is rather a fantastic set of headphones.