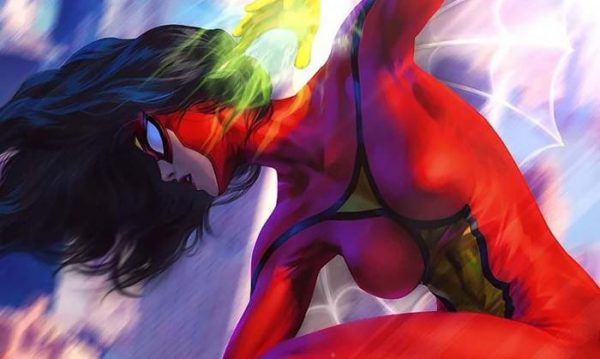 Since her debut in 1977’s Marvel Spotlight #32, Spider-Woman has proven to be one of Marvel’s most popular characters, taking on a variety of roles from S.H.I.E.L.D. agent to Avenger, and even headlining her own animated series on ABC.

And now, this October, Marvel is set to celebrate the 100th issue of Spider-Woman with a bumper, oversized special packed with venom blasts, intrigue and high-stakes action. Here’s the cover artwork to the issue – Spider-Woman #5 of the current run – from artist Greg Land… 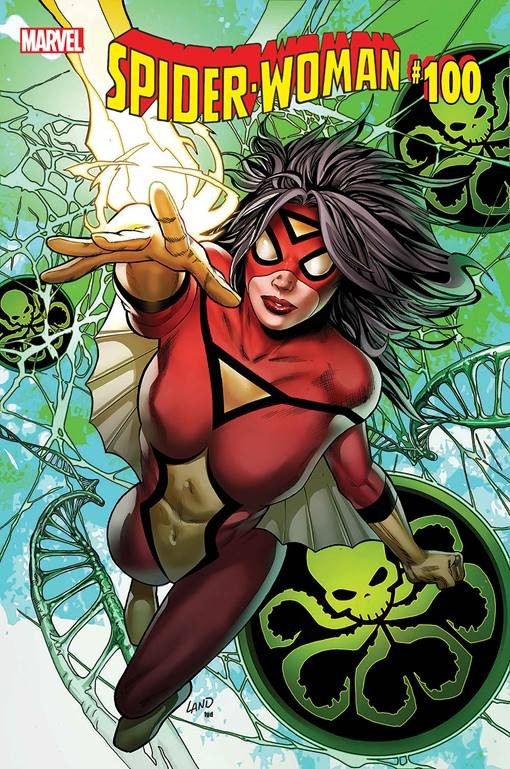 “When Jessica Drew made her first appearance in Marvel Spotlight #32 on February 10th, 1977, I was also making my first appearance,” Pacheco said. “One hundred issues and 43 years later, it’s been a wild journey for both myself and Spider-Woman. I am beyond proud to be part of the amazing team bringing Jess back in this series, and I think it’s so incredible we get to pay tribute to the history of Spider-Woman, while setting up the next, absolutely MINDBLOWING chapter of Jessica Drew’s adventures. Seriously, if you thought the first 5 issues were bonkers…I assure you, we’re just getting started.”

SPIDER-WOMAN #5, a special giant-sized issue of the current action-packed run by writer Karla Pacheco and artist Pere Pérez, will have Jessica continuing her feud with Octavia Vermis, the daughter of Spider-Woman’s classic HYDRA foe, Otto Vermis. Just when you thought the complex web that makes up Jessica Drew’s life couldn’t get any more complicated, Spider-Woman discovers long hidden truths about her origin, her family, and her future. These bold revelations will propel Jessica Drew into this redefining chapter of her Super Hero career! 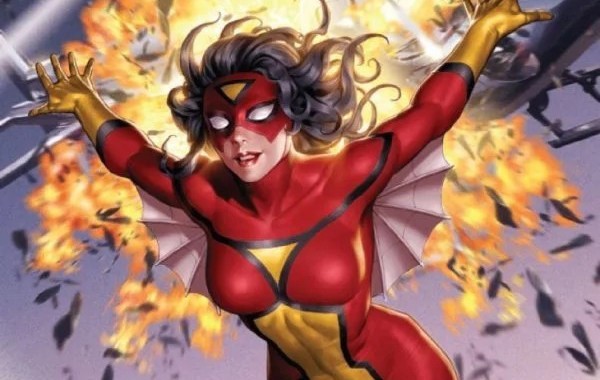 Spider-Woman #5 will be released in October.