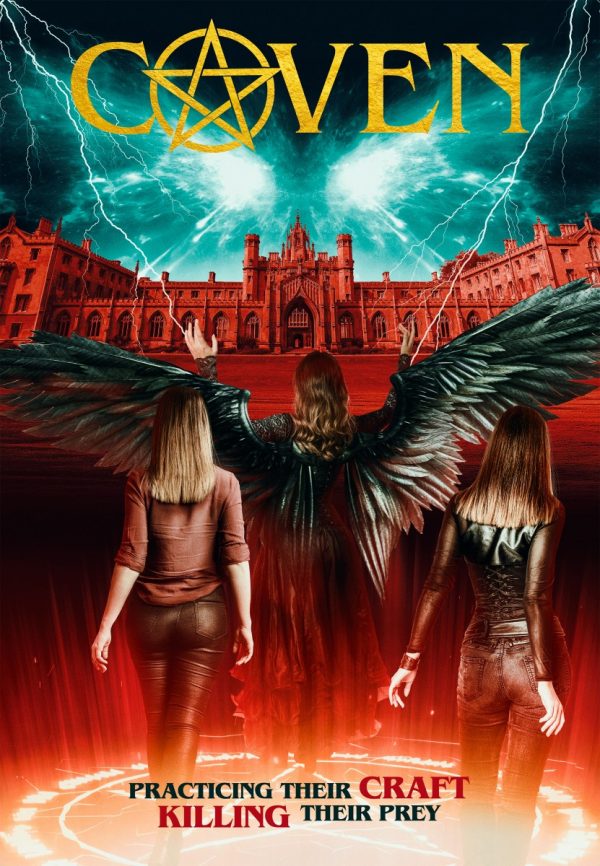 Five undergrad witches come together in order to perform a ritual to invoke the ancient powers of the witch Ashura. The leader of the coven gets carried away and accidentally kills one of the witches during the ritual. She needs the strength of a complete coven to invoke Ashura’s powers and sends them out to find a final witch. As she absorbs power the surviving girls plot to take her down but the possessed witch unleashes hell on campus with only one young witch left to stop her. 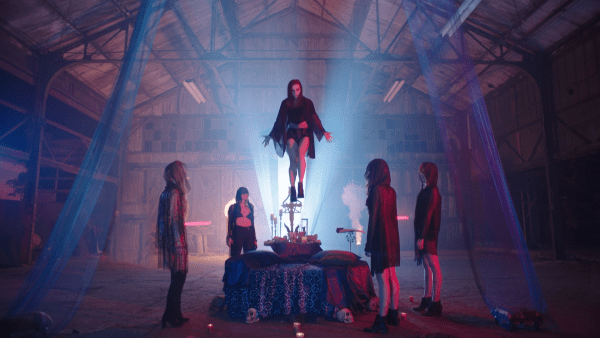 Margaret Malandruccolo’s Coven is a spicy supernatural girl-gang flick devalued by (visible) budgetary restraints. It’s also salaciously leery upon first glances at gorgeous spellcasters in skimpy leather costumes – and yet, it’s written and directed by women. Sexual seduction becomes less about objectification and more about celebration just by the revealed genders of creators. You’d never expect a film that includes such insults as “Josie And The Pussylickers” to trojan-horse this contextual depth. There’s an interesting tonal dynamic at play that deserves discussion in terms of gaze-driven cinematography.

If only the filmmaking merits of this dark arts battle didn’t struggle so astoundingly whenever Lizzie Gordon’s screenplay attempts to gain momentum.

Undergrad witches require a coven of five to summon the ancient legend of Ashura in a sleepy college town. Ronnie (Jennifer Cipolla), a direct descendant of Ashura, goes overboard during their most recent ritual and kills one of her followers. This means a final witch must join their ranks before Ashura can be called upon once more. Enter Sophie (Lizze Gordon), whose abilities are uncovered by Beth (Margot Major). Together, they can finally bring forth Ashura into our world and harness limitless power. Hopefully, with the best of intentions. 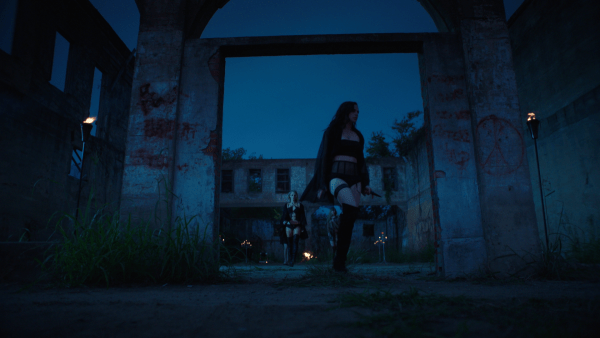 In an alternate world, given studio backing and excessive budgets, Coven would hit screens as a CW witch-bitch drama. You would have to dial-down brief nudity, but otherwise, general schoolgirl aesthetics align more with Pretty Little Liars brand sass. Betrayals are overplayed, dialogue is so very millennial (the vegan who only converted after a 30-day social media challenge), and it’s prime teenage horror fodder. That’s not always a bad thing, either. Stereotypes are exaggerated caricatures (the bookworm, the badass, the fashionista), and yet these are characters who – with tighter direction – could be enjoyed for longer durations.

Let’s return to the previous comment about celebrating femininity, especially when it comes to makeout sessions between Jax (Miranda O’Hare) and Ronnie. A drunk bar patron wanders over and starts throwing around hateful comments like “purple-haired rug muncher,” telling the “Tinkerbells” they make him sick, which you know won’t go unpunished. Focus remains on the coven, how they interact as friends and lovers, plus the additional chastising of outside perspectives with their repulsive resentment. You’ll get plenty of lacy-wardrobe dancing in the moonlight montages, but minus inherent voyeurism. There’s a noted blend of lustful posturing and owning one’s physical attractions, also weaponized. 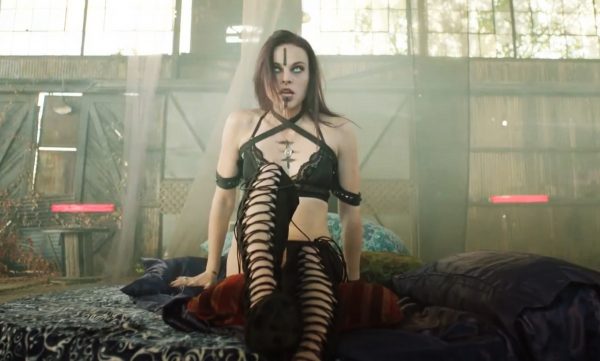 Then again, Coven is more than rough around the edges. Flashbacks to Sophie’s mother (who died years ago) paint a prairie backyard with green grass and dumpy buildings, but actors stand propped against a horrendous green screen. Bursts of energy from Ronnie’s hands are Instagram-filter wonky at times, along with fire effects used to light and extinguish candles (real fire is, uh, too expensive, I guess). I’m not going to pretend this is an easy watch, as action sequences boil down to actresses shouting Latin words at each other while wind machines blow their hair and fake-as-hell lightning bolts “shoot” from their outreached hands. Given better studio investment? More could be done with standoff “excitement,” especially in a significant city location that tries to sell a blockbuster finale.

Alas, as critics, we must analyze the film presented – not the version in our dreams. Production design manages to beautify some blank-canvas locales between an occult shop and Ronnie’s warehouse hideout that’s decorated with a dreamcatcher-chic appeal, but that doesn’t hide other glaring shortcomings. Ashura’s climactic possession is just one of the girls hoisted on strings, incapable of movement yet feared by those trembling below. Makeup design denotes evil overtaking with some black lines drawn on faces to represent…toxified veins or whatever. Despite the magical moxie of this stunning cast and neon-sexy lighting filtration, there’s a lot of lackluster special effects and not-on-location shots. 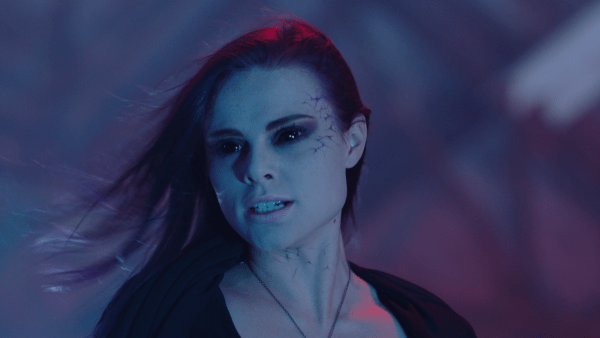 Coven is, deceptively, a movie about Sophie’s love of historical studies and another’s mathematical brain uniting to combat an ego-driven conjurer of damnation. It’s just not a particularly polished or even, at times, presentable example. With that said? Based on themes and performances, there will still be select horror circles who deem this movie “their shit.” Right down to the netherworld metal tunes provided by ShowMeGod and the lead vocalist’s siren song. Looks that kill, rockin’ soundtracks, and a real sense of gender-propelled filmmaking that, again, ain’t here to impress you with its prevalent and acknowledged flaws.