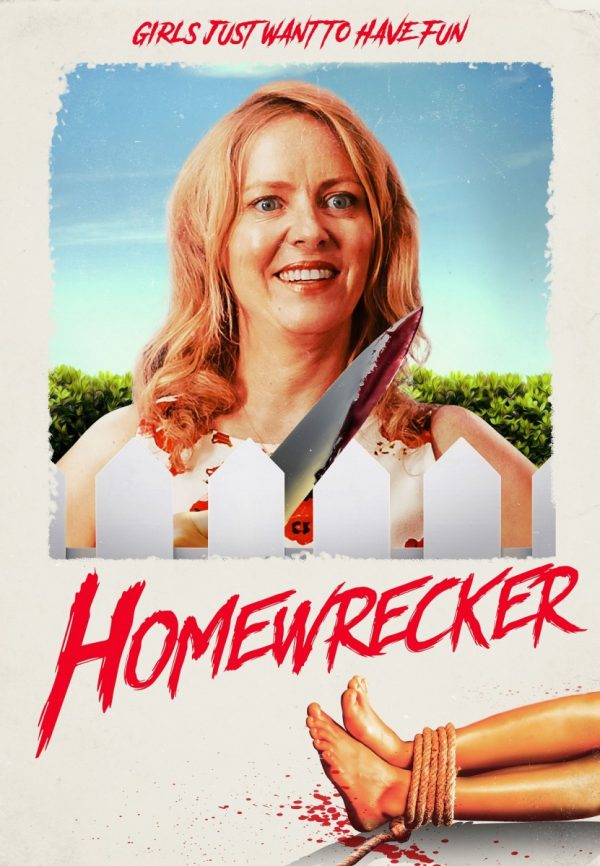 Two women befriend each other, but one becomes obsessed with the other.

Michelle (Alex Essoe) is an interior designer who has a seemingly chance encounter at a coffee shop with Linda (Precious Chong), an affable-yet-overzealous middle-aged woman who quickly invites Michelle back to her home with the promise of a remodelling job.

An unenthusiastic Michelle humours Linda for a polite amount of time, though soon comes to realise her eager-to-please host harbours a dangerously obsessive streak, one which may very well be her own end.

To Gayne and Essoe’s enormous credit, they waste absolutely no time at all inundating the viewer with bloated preambles here; at just 76 minutes in length, Homewrecker is a respectably to-the-point effort which nevertheless divides itself into three neat, well-defined acts.

Right from the get-go, the intentionally forced, stilted interplay between Michelle and Linda feels believably awkward, Michelle’s thinly-veiled desire to be literally anywhere else poised against Linda’s darker truth percolating just barely below the surface. As a dynamic its relatability draws the viewer in, because who among us hasn’t had an unwanted social interloper aggressively cling to them at one point or another?

And while the film eventually springs off into a more action-heavy mode in its second half, the character psychology of both Michelle – an excessively polite Canadian terrified of offending – and Linda – a lonely woman stuck in a state of arrested development – remain impressively plausible throughout. Pitting a character whose politeness is wholly self-sabotaging against another who keenly exploits that very quality makes for queasily compelling viewing.

And boy, do things escalate quickly once we hit the second reel, as these two women get into a series of catfights both physical and psychological throughout Linda’s home. After a purely talky first act, this could very well have been the film’s goofy undoing, but thanks largely to the committed performances of Essoe and Chong, it’s dangerously close to being a revelation.

Just as the script and direction find a subtly heightened middle-ground between slice-of-life drama and slushy cartoon, the performances cannily follow suit. While Essoe plays Michelle straight for the most part, Chong’s Linda turns things up to not-quite-11 but perhaps 10.5; knowingly manic, yet hardly licking her chops and chowing down on the scenery.

The real triumph of Chong’s work is that even when she brings Linda’s inner-bunny-boiler to the fore, there’s still this distinct sadness visible beneath. There’s a desperation to Linda’s increasingly erratic behaviour, such that even her most depraved acts feel more symptomatic of a poisonous culture – one in which people are thoroughly disposable and mental health is so poorly recognised – than merely the work of a “crazy bitch.”

Appropriately, the central throwdown between the two is more effective when it focuses on emotional brutality rather than physical, because the inevitable punch-ups do lay the film’s low budget somewhat bare. With what appears to be a near-total absence of stunt-persons, the actors seem to be DIY-ing it, resulting in Gayne awkwardly cutting around many moments of impact. This, combined with the sluggishness of the fighting, makes it often seem a little too much like an artificial play-fight.

Yet the non-balletic clumsiness also sometimes helps ground the film, accentuated by Gayne’s genuinely straight-forward compositions and formal restraint, bar a few functional split-screen divides when Michelle and Linda are in different rooms. The tight visuals are further bolstered by a fantastically discordant, dreampop-style guitar score from Doug Martsch, which is easily one of the more unique I’ve heard all year.

With a concept this streamlined and simple, it’d be easy for things to fall apart when the filmmaker finally has to settle on an ending, and while some of the third act surprises may not quite sit right with everyone, those waiting on the edge of their seat for gnarliness will be duly rewarded, ahead of an hilarious final punchline.

Though some of the action feels a little too slow and stilted for its own good, Homewrecker’s low-fi, homespun conception mostly works in its favour, complimenting its primarily confined setting and lithe runtime.

A promising debut for director Zach Gayne, Homewrecker is a lean, efficient horror-satire topped by an entrancingly unhinged performance from Precious Chong.